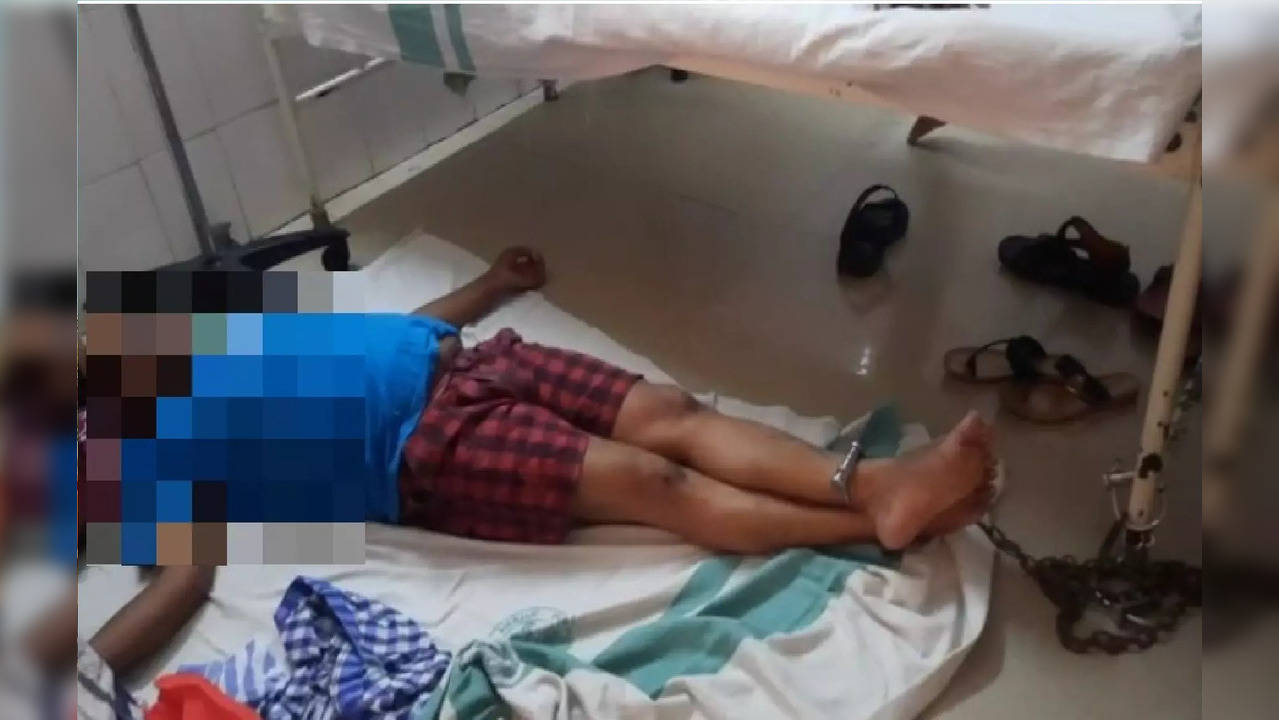 Balasore: Close on the heels of some journalists and activists being detained and forced to strip down at a police station in Madhya Pradesh, another such incident of police excess on a scribe has come to the limelight from Odisha’s Balasore district.

A journalist identified as who was arrested by Nilagiri Police in Balasore, was seen lying on the floor and his leg chained to the hospital bed, where he was admitted for treatment.

Dalei was arrested by the cops on Wednesday and was allegedly thrashed by police station in charge.

The matter came to light after a picture of the journalist cuffed to the hospital bed went viral on social media platforms the next day.

As per reports, Dalei was arrested by the Nilagiri Police following a complaint by a home guard on Wednesday. The home guard alleged that he was beaten up by the journalist following an altercation.

After the arrest, Dalei complained of illness following which he was admitted to the Balasore District Headquarters Hospital (DHH) the same day where his leg was cuffed with an iron chain, added reports.

Dalei alleged that he was asked to come to Nilagiri Police Station on Wednesday where his mobile was snatched away and he was thrashed by inspector-in-charge Draupadi Das.

The journalist also claimed that when he fell unconsciously due to thrashing, he was hospitalized and his leg was cuffed to the hospital bed by a policeman.

The scribe was later unchained after his family members and locals protested the move of the cops.

Dalei further claimed that police officer Das had a grudge against him over the publication of a news regarding corruption in the Nilagiri Police Station area.

Taking a serious note of the incident, Odisha Police DGP Sunil Kumar Bansal has ordered an inquiry into the matter.

The Odisha Human Rights Commission (OHRC) also took suo moto cognisance of the case and directed Inspector General of Police (Eastern Range), Balasore, to submit a report within 15 days in connection with the incident.