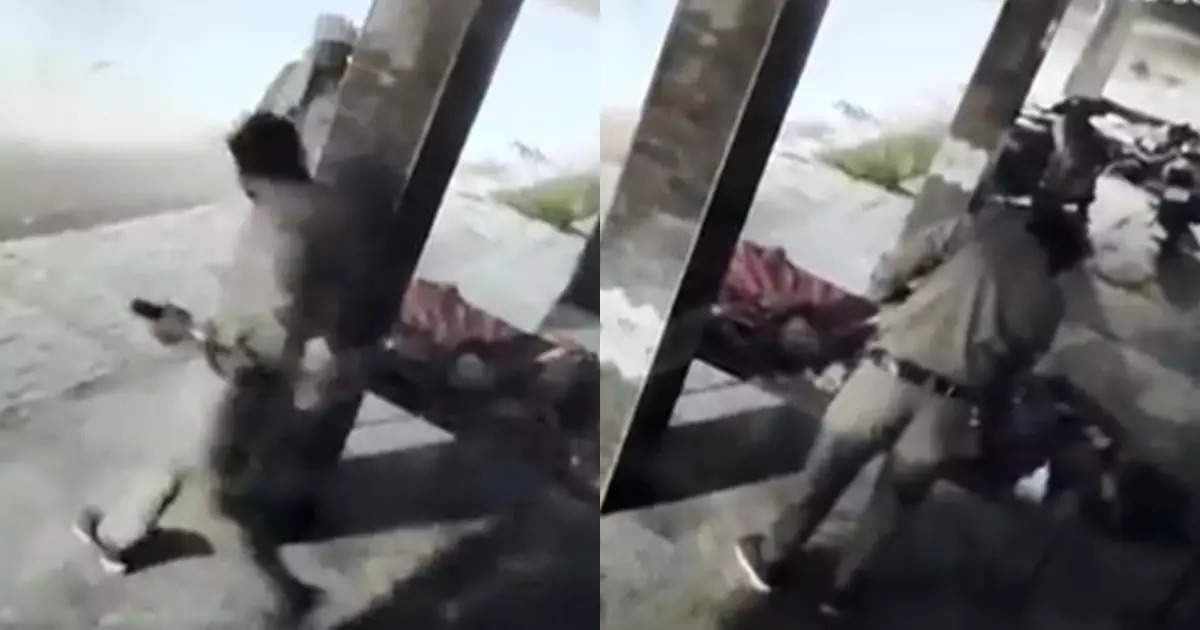 Taipat Pragesh Singh, constable of Maharajapur police station, did the shameful act for the policemen. After reaching the man who was sleeping in the bed, he stole the mobile phone and ran away. The footage of the incident has been clearly captured on CCTV. Home guard Laik Singh was with the officer at the time of the incident.

Delivery man and security were punched, both were arrested, video
After the video went viral, the top officials took action against the officer. Additional SP Vijendra Dwivedi informed that constable Taipat Pragesh Singh has been suspended from service. Action will also be taken against the accompanying home guard.

Rajendra Pal Gautam resigns from Kejriwal’s cabinet; After attending the religious conversion meeting, the action became controversial
The officer stole the phone of Nitin Singh, a resident of Chatmara. Nitin Singh was sleeping on the bed. It was at this time that Constable Taipat Pragesh Singh and Home Guard Laik Singh, who were on patrol duty, stole the phone. Investigation started on Nitin Singh’s complaint. Earlier, the policeman who stole the manga in Kanjirapalli in Kottayam district was also caught on CCTV.

K Sudhakaran that the Chief Minister is squandering the treasury