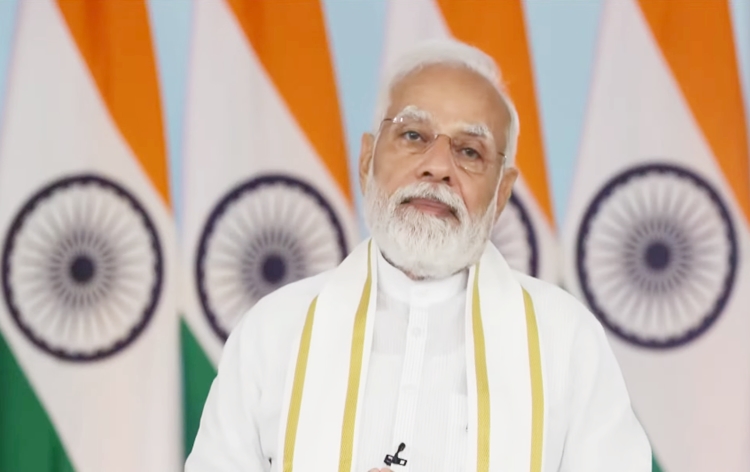 Prime Minister Narendra Modi has said the government has infused new energy in the telecom sector with the Panchamrit of Reach, Reform, Regulate, Respond and Revolutionize in the last eight years.

Addressing the silver Jubilee event of Telecom Regulatory Authority of India (TRAI) through video conferencing in New Delhi today, Mr Modi said, India’s telecom sector is a great example of self-reliance adding that the connectivity in 21st century India will determine the pace of progress of the nation.

On the occasion, Mr Modi launched a 5G Test Bed and said this indigenous 5G test bed in the telecom sector is an important step in India’s self-reliance.

The Prime Minister added that 5G Technology is a huge opportunity for startups to grow and test their products. He said, it is estimated that 5G telecom will contribute 450 billion dollars in Indian economy in the next one and half-decade.

The Prime Minister also said 5G will help in improving governance, ease of living and ease of doing business in the country.

Describing 2G era as the symbol of policy paralysis and corruption, Mr Modi said the nation has moved transparently to 4G and now 5G. He asserted that the country should be able to launch 6G service by the end of this decade as the task force has started working on it.

The Prime Minister said the government has encouraged healthy competition which has led to India having cheapest telecom data charges.

Speaking on the occasion, Communications, Electronics and IT Minister Ashwini Vasihnaw said the country has developed a complete 4G stack, while the 5G technology stack is in the advanced stage. He expressed confidence that India should see its own indigenous 5G technology stack by the end of this year.

Minister of State for Information and Broadcasting, Dr L Murugan said, TRAI has worked continuously to protect the interest of service providers and consumers of telecom and broadcasting sector. Dr Murugan termed TRAI as a key facilitator of modern Indian digital regulation. He added that the Digital India mission has transformed the lives of millions of Indians.

In his address, Information and Broadcasting Secretary Apurva Chandra said, the reach, scope and employment is huge in the broadcasting sector. He said, the media and entertainment industry today is estimated to be about 25 Billion Dollars and it is expected to reach 70 Billion Dollars by 2030.

During the event, the Prime Minister also released a postal stamp to commemorate the silver jubilee celebrations of TRAI.