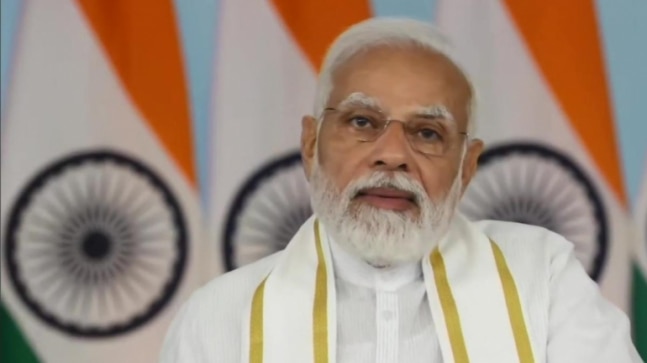 Prime Minister Narendra Modi addressed a program to mark the silver jubilee celebrations of the Telecom Regulatory Authority of India (TRAI) on Tuesday.

The PM released a postal stamp and also launched a 5G Test Bed, developed as a multi-institute collaborative project by a total of eight institutes led by IIT Madras. “The 5G technology is going to bring positive changes in the governance of the country, ease of living and ease of doing business,” the PM said.

#WATCH | It’s estimated that in the coming time, 5G will contribute $450bn to the Indian economy… By the end of this decade, we should be able to launch 6G services, our task force is working on it: PM Modi at TRAI’s silver jubilee celebrations pic.twitter.com/Hj5dMeoC6i

The Test Bed will enable a supportive ecosystem for Indian industry and startups which will help them validate their products, prototypes, solutions and algorithms in 5G and next generation technologies.

“In the next 15 years, the 5G telecom network will boost India’s economy by $450 billion,” the PM said, adding, “By the end of this decade, we should be able to launch 6G services, and our task force has started working on it.”

PM Modi also said that the 2G era was a symbol of “policy paralysis and corruption”. “The nation moved transparently to 4G and now 5G,” the PM said.

“To make sure the poorest of poor get mobile accessibility, we have emphasized the manufacturing of mobile phones in the country itself,” he added.

As a result, mobile manufacturing units increased from two to over 200, the PM said, adding, “Our aim is to connect every village in the country with optical fiber.”