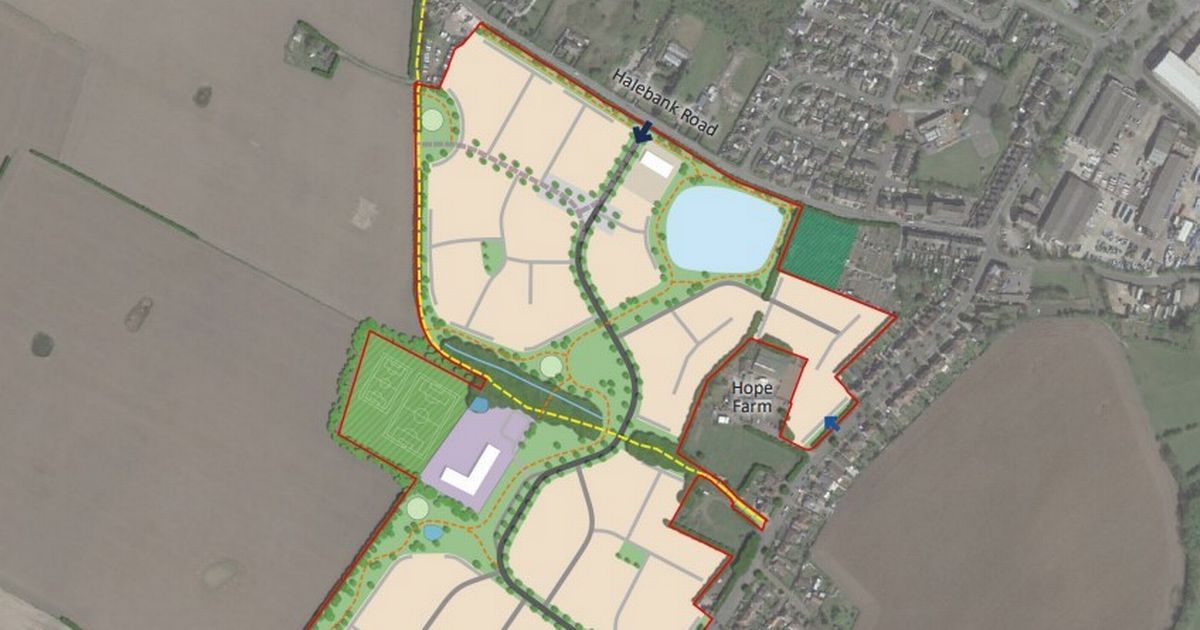 A massive new housing estate with up to 500 homes, a new primary school, local center and elderly accommodation could be built in Cheshire. Harworth Group has launched a consultation on the proposed scheme which would span 56 acres of farmland in Halebank, Widnes, to the west of Hale Gate Road and south of Halebank Road.

The scheme includes up to 500 homes with access gained along Hale Gate Road, up to 2,000 square meters for a local centre, as well as land reserved for a new primary school, up to 100 beds aged care living, associated infrastructure and open space.

The plans come amid a recent flurry of proposed homes on former Green Belt land – the buffer which is intended to guard against over development – ​​after councillors voted to redraw its boundaries. Harworth Group is currently consulting on the plans until May 30 with the intention of submitting an application in the summer.

READ: Struggling Cheshire hospital staff could be forced to quit due to cost of reinstated parking charges

In March, Full Council voted to remove several areas of the borough from the Green Belt and earmark them for housing, as part of Halton’s new Delivery and Allocations Local Plan (DALP) – a document which sets out planning strategy to 2037.

Since then, Redrow has submitted plans to build nearly 500 properties in the north of the town, with 441 earmarked for Mill Green Lane and a further 52 on land near South Lane. Prospect Homes has also announced it is putting together a planning application for 99 homes at Abbey Farm, also off South Lane.

Across the river, Morris Homes has submitted an application for 151 properties on farmland between Chester Road and the M56 in Preston Brook near Runcorn. If all five developments are given the green light, it would mean almost 1,250 new homes being built on agricultural land across Halton since Green Belt protections were removed, with almost 1,100 of them in Widnes.

Halton Council leader Cllr Mike Wharton previously warned that although some housing was being built on existing brownfield sites – land which has previously been built on. It would not be enough to meet the borough’s future housing need, saying that ‘difficult decisions’ would have to be made.

NEWSLETTER: Sign up for CheshireLive email direct to your inbox here