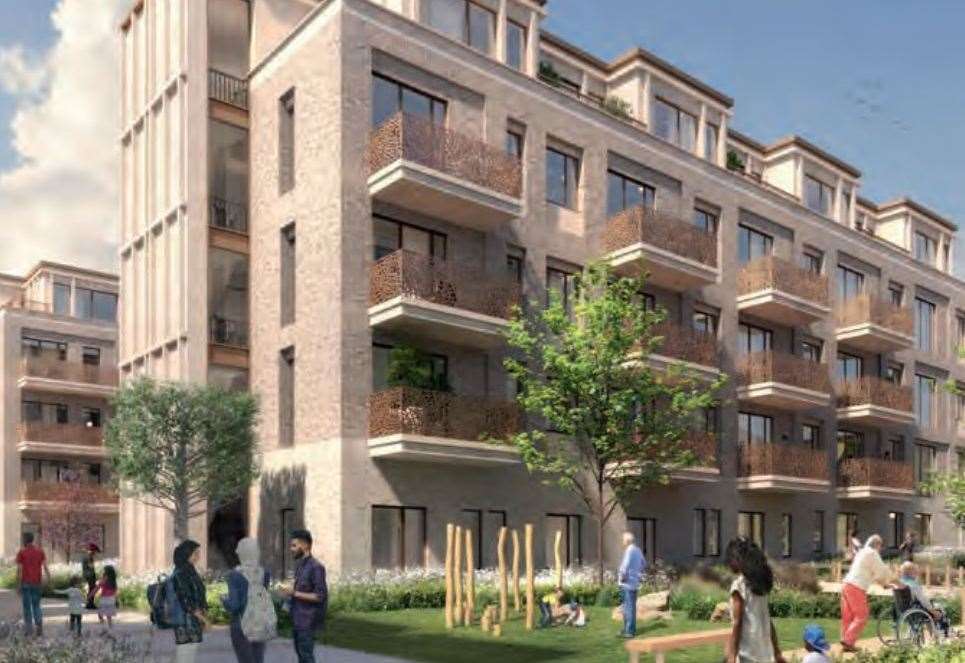 Plans to build nearly 300 new flats and a 202-bed hotel have been approved after developers agreed to increase the number of ‘affordable rent’ flats.

The new flats and apart-hotel are part of the redevelopment of the former National Institute of Agricultural Botany in Huntingdon Road, Cambridge.

Under the proposals, the former headquarters building will be kept, but all other buildings will be demolished.

The former headquarters building has already been converted into 68 flats through permitted development.

Alongside the apart-hotel and 291 flats, which will be built to rent, there will also be a swimming pool, co-working space, a gym and a microbrewery.

The application, submitted by Vertex Living Ltd, had originally proposed that 37 of the 291 flats would be ‘affordable rent’.

However, at a meeting in March, councillors from Cambridge City Council and South Cambridgeshire District Council deferred making a decision to ask the developer to increase the number of affordable units to the 20 per cent that would normally be asked for in a build to rent application .

At a joint development control committee meeting earlier yesterday (Wednesday, April 6) councillors were told that the applicant had agreed to increase the number of affordable flats to 58.

Speaking at the meeting, a representative for the applicant, said the plans offered a “high quality sustainable development” that would “continue the regeneration” of this part of the city.

Council officers had recommended the plans for approval, but had presented two possible options for councillors to choose from if they wished to approve.

One option included access points to the neighboring Howes Place community, which had been objected to by those who lived there.

The second option removed those access points between the site, which was supported by those living in Howes Place.

Speaking at the committee meeting, a representative of the Howes Place community asked councilors to support the second option that had been put forward.

They said: “[Heritage option B] will protect heritage assets of Howes Place, as demanded by local plan policy, by reducing the number of protected trees requiring removal, reducing the scale of hard landscaping works, and introducing hedgerows to enhance the delineation between Howes Place and the development site.

“Howes Place is an unadopted poorly constructed and narrow residential street, it was not designed or intended to be safely used to service a 200 bed apart-hotel and to provide pedestrian and cycle access to 300 residential dwellings.

“Heritage option B has been jointly developed and agreed between the applicant and Howes Place residents to ensure that, with the exception of refuse collection from the apart-hotel, all vehicle, pedestrian and cycle connections from the development will be on to Lawrence Weaver Road , a purpose built road way with dedicated footpaths and cycle lanes.”

However, people living in other neighboring streets to the site said they still had concerns about the plans.

Councilors heard that people living in Plymouth Close and Falmouth Close were worried about the size of the proposed buildings, and the impact the flats would have on the privacy of their gardens and homes.

Councilors highlighted these concerns to officers, who said the distances proposed between the buildings were considered to be good practice in urban design terms. They also explained that privacy screens had been proposed for flats where overlooking concerns had been raised.

The committee councilors decided that they wanted to focus on the second recommended option, where the access to Howes Place had been removed, and when put to a vote, six councillors voted in favor of the application, and two against.