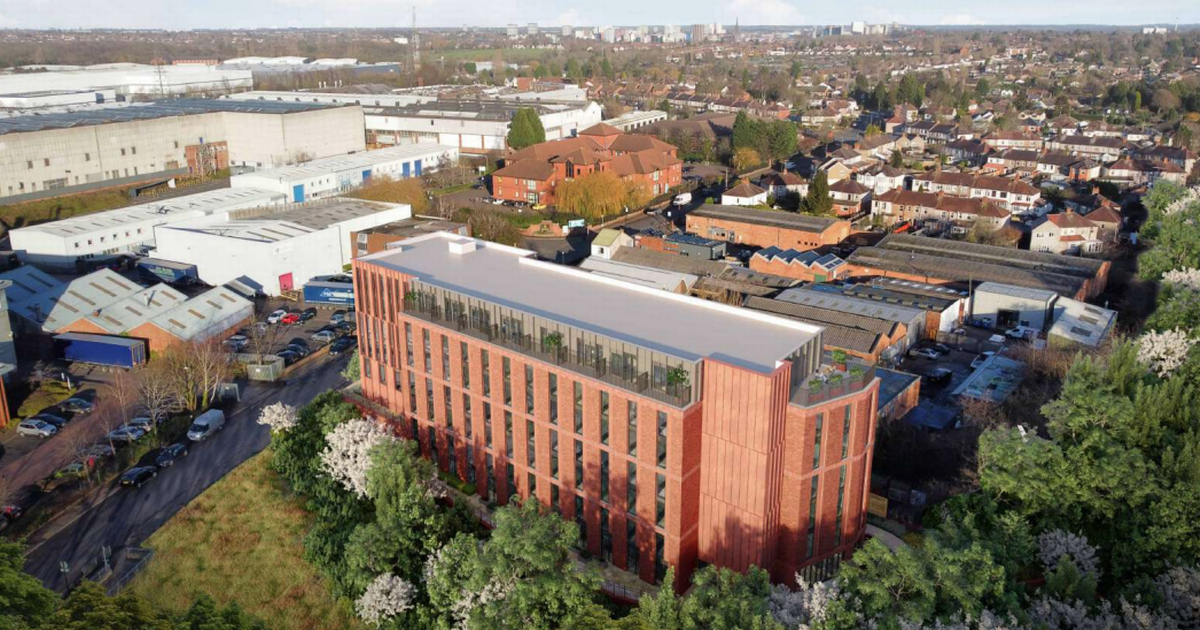 A 196-bed student accommodation block is set to replace a disused business unit in a suburb of Coventry. If approved, the six-storey block of flats will be built on an industrial estate on Burnsall Road in Earlsdon.

This would involve the demolition of an old office block formerly occupied by Rhino Interiors. The building has been “essentially vacant” for the past two years and there were no applications to occupy the site in the last 12 months.

Designs for the new flats, provisionally named Brookside House, show it to be a large red-coloured block with communal and private roof terraces on the top floor. The “car-free” development would be made up mainly of 196 self-catering studio flats, all with en-suites and study desks.

There are also plans for a private gym, cinema and communal space in the building’s basement. Torsion Students, a Leeds firm which also operates the 210-bed Red Queen student flats, is set to manage the accommodation.

The Red Queen, just half a mile from the proposed flats, opened in 2020 and cost £20 million to build, the Coventry Telegraph reported at the time. Plans for the new block have not been universally supported by locals, the application admits.

Neighbors were consulted last year via leaflets, but just six people responded to the consultation, with one resident against the accommodation in principle and others expressing concern over noise and parking.

A supporting statement with the application reads: “The site will deliver a number of benefits including economic benefits through the construction phase in terms of jobs and purchase of materials and services but also once operational by attracting more students into the city and the additional spend they will make to city businesses.

“Provision of PBSA [Purpose-Built Student Accommodation] will also have the effect of meeting student demands for high quality accommodation whilst also freeing up traditional housing stock in the city, making this available for other renters and purchasers.”