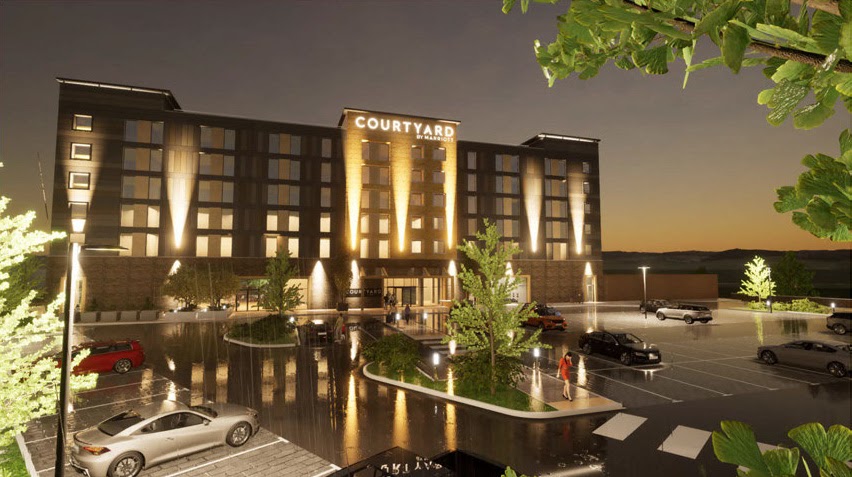 Plans for a new 150 room hotel in Rotherham have been reviewed and approved.

Rothbiz announced in June that Essex-based developer Stapleford Ventures Ltd had filed a building application for a six-story, 150-bedroom hotel on land off Highfield Spring and Poplar Way, where the Waverley development meets the Morrisons roundabout at Catcliffe.

The hotel operator would be Courtyard by Marriott.

Waverley is Yorkshire’s largest brownfield redevelopment, with Harworth Group plc receiving master planning permission for 3,890 homes and 2 million square feet of commercial space. The hotel is designed to support the neighboring mixed-use projects in Waverley to provide facilities for the growing business community and the surrounding area.

Builders see the large number of restaurants / bars on offer as one of the main attractions when building a hotel in the area. Business facilities and a fitness center are also offered. A mixture of stone plinth and polished granite is proposed as the building material, which is high quality and modern in appearance and design.

A multi-storey car park with 147 parking spaces and a green area between the hotel building and the roundabout are also planned. A new intersection and center island are also to be created in Highfield Spring.

No objections were received and the plans were approved without consulting the Rotherham Council Planning Committee.

A number of conditions are attached, including those related to traffic, the maintenance of the public path, the creation of charging stations for electric vehicles, which represent 20% of the total parking space, and the noise level.

US-based Marriott International is the world’s largest travel company and continues to expand. At the end of the third quarter of 2021, the company’s global development pipeline comprised 2,769 properties with almost 477,000 rooms, of which 1,028 properties with more than 206,000 rooms were under construction and 155 properties with around 25,000 rooms that have been approved for development but have not yet been signed .