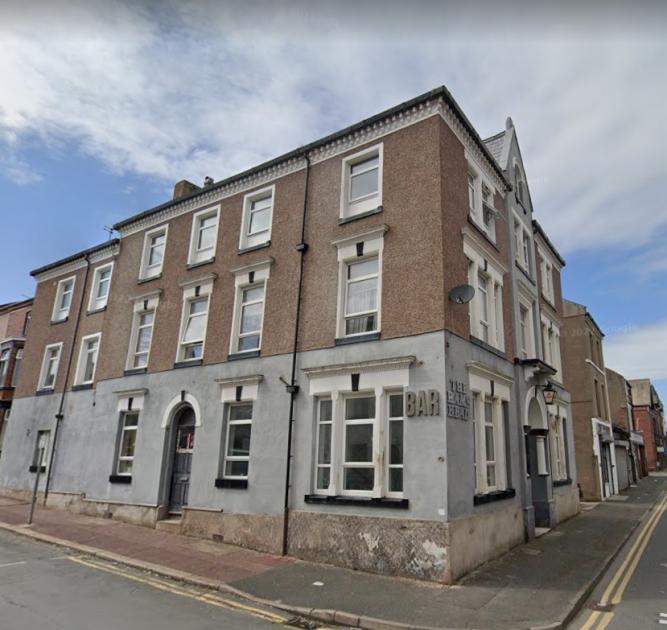 AN APPLICATION to turn a former hotel and pub into a house in multiple occupation has been submitted to Barrow Borough Council.

Renovation work has seen The Rams Head in Rawlinson Street, Barrow, turned into a 17-bedroom property. The hotel and pub had 15 bedrooms.

A design and access statement submitted in support of the retrospective application says the hotel became ‘financially unviable’ to operate.

“The property was vacant for more than a year and the building fell into complete disarray,” says the statement.

Photographs of The Rams Head prior to the renovation (Image: Barrow Borough Council planning portal)

“The previous owner tried to refurbish and convert it into residential but failed massively, leaving behind an unmanageable building site.

“The Covid crisis did not help the situation.”

The statement says the intention is to provide accommodation ‘predominantly to NHS staff nurses’, indicating they would use local transport and ‘generally do not have any personal vehicles’.

READ MORE: Plans to convert hotel into apartments after ‘substantial reduction’ in business

The plan submitted by Samit Gupta, of ADSG Property Developments Ltd, has seen the 17 bedrooms given en suites.

“The property has been completely renovated and equipped with new kitchens, flooring, carpets and large hallways,” says the design and access statement.

“There is a large lounge for residents to socialize as well.”

The statement argues there is enough existing parking provision in the service lane to the back of the property ‘so there won’t be any increase in traffic for parking purposes’.

An electric vehicle charging point and storage for bicycles have been included in the plan.

There is no outdoor amenity space, although the design and access statement suggests that the size of the lounge compensates for this.

The statement says that ‘great care’ has been taken to ‘retain the original character of the building’, with no external changes having been made – although a ‘like-for-like’ replacement of two main doors has been taken place.

It says an effort has been made ‘not to make a lot of internal changes’.

“I would request you to consider this retrospective application in the larger interest of shortage of accommodation, contribution to the local economy and facelift of the local area,” it says.