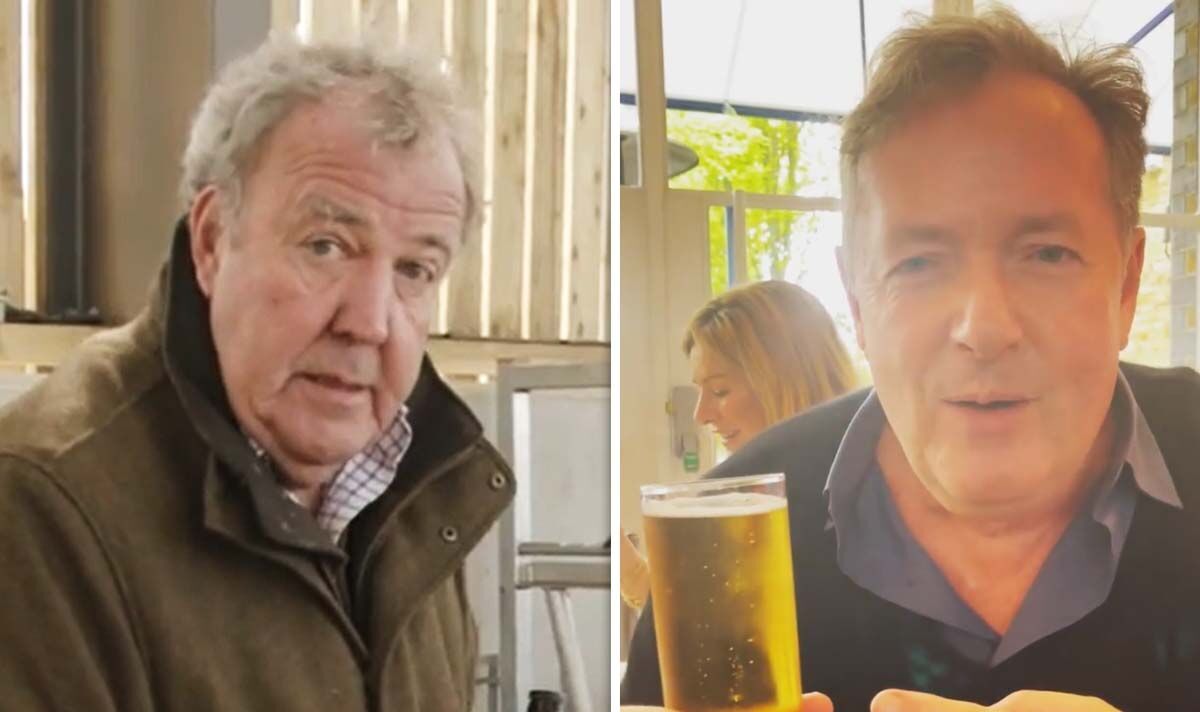 Piers Morgan, 57, has endorsed Jeremy Clarkson’s, 62, new product, Hawkstone Lager. The beer is made using ingredients grown at Diddly Squat Farm and was Piers’ beverage of choice while he was celebrating the launch of his new TalkTV show.

Hawkstone Lager’s official Instagram shared a clip of Piers enjoying his beer at The River Café in London.

As Piers held his half pint, he couldn’t miss the opportunity to boast about how many people tuned in to his TV return.

The jovial host said: “I am celebrating 64 million eyeballs for my show, Piers Morgan Uncensored, in week one. Globally!”

He was then asked how he plans to celebrate, to which he replied: “Obviously with a Hawkstone lager!”

READ MORE:Countryfile’s Helen Skelton ‘sees no way back’ with husband

Earlier this week, the journalist hit back after he was branded a “Jeremy Clarkson tribute act” in an unfavorable review of Uncensored.

In his retort, Piers also referenced an incident at the 2004 British Press Awards when Jeremy punched him.

“Given my long-time respect and admiration for @JeremyClarkson (when he’s not punching me in the head), his fierce intelligence, razor-sharp wit and rakishly handsome looks, I take this as a massive compliment!”

The pair had another run-in the year before when Jeremy poured water all over Piers while they were sitting together on Concorde.

Describing the altercation on Who Wants To Be A Millionaire, the host said: “I was on the last commercial flight and they sat me next to the lavatory, or Piers Morgan as you know him.

“I poured a glass of water over his crotch, so when he got off, it looked like he had wet himself.”

After a feud spanning around a decade, the pair eventually put their differences aside.

Piers revealed that they “buried the hatchet” over “a gallon of alcohol” in his local pub, as reported by MailOnline.

Following their reconciliation, the presenters were pictured together in Saint Tropez back in 2017.

Piers shared a snap of them laughing and quipped in the caption: “Bumped into an old mate in St Tropez last night… and we didn’t even punch each other!”