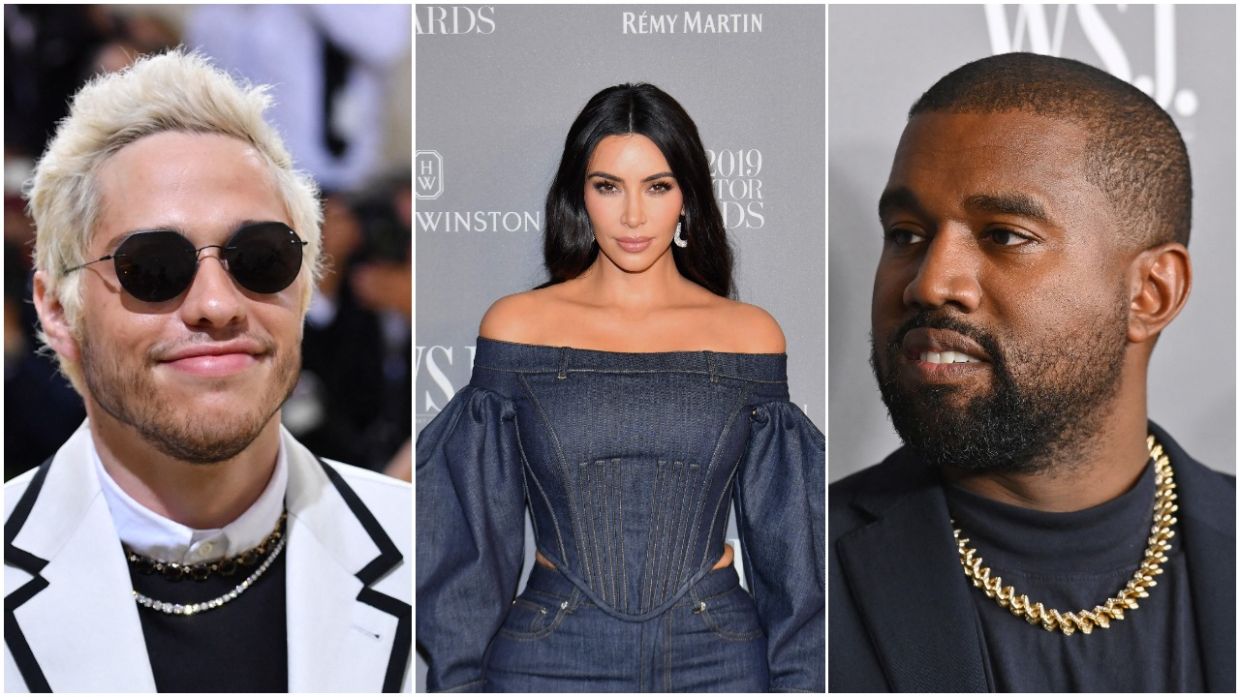 Saturday Night Live star Pete Davidson isn’t joking around with Kanye West, taunting the rapper that he’s in “bed with your wife” during a blistering text message exchange.

Davidson, who’s dating Kim Kardashian, implored West to “grow the (expletive) up” amid the rapper’s contentious divorce with the reality star, screenshots of the dialogue posted Sunday on Instagram by comedian Dave Sirus showed.

The texts emerged on the same day West, who goes by the moniker Ye, posted multiple Instagram videos in which he ranted about his issues with custody of his four children with Kardashian.

“There’s no such thing as fifty-fifty custody in society today,” West said in one video. “It’s always lean toward the mom.”

According to the screenshots, West claimed Kardashian hasn’t let their eight-year-old daughter, North, attend multiple events, including his donda 2 album release or “Sunday Service” musical performance that day. He also reiterated his issues with North getting an account on the TikTok social media platform against his wishes.

It’s unclear when Davidson began texting West, but in an initial text he urged the rapper to “take a second and calm down”.

“Kim is literally the best mother I’ve ever met,” Staten Island native Davidson wrote, the screenshots showed. “What she does for those kids is amazing and you are so (expletive) lucky that she’s your kids mom. I’ve decided I’m not gonna let you treat us this way anymore and I’m done being quiet.”

When West responded asking the comedian where he was, Davidson replied with a shirtless selfie and wrote, “In bed with your wife”.

West seemed to reference that message during one of Sunday’s videos, saying, “The boyfriend texts me, antagonizing me, bragging about being in bed with my wife.”

Davidson, 28, also asked West to meet with him to talk privately. West told Davidson to come to “Sunday Service” if he wanted to talk.

West’s videos and Sirus’ screenshots have all been deleted.

Kardashian, 41, filed for divorce last year after marrying West, 44, in 2014. A judge agreed earlier this month to declare Kardashian legally single while other parts of their divorce, including custody and property arrangements, are resolved.

West released a music video for his song Eazy this month that seems to depict a cartoon Davidson being kidnapped and buried alive from the neck down.

A few days later, West compared divorce to having “full blown COVID” and taking “a spiritual beating every evening” in a poem he shared on Instagram.

“I will not explain this new piece for the explanation destroys the mystery and magic of true love and puts it in a box that can be counted,” West wrote in his Instagram caption at the time. – New York Daily News/Tribune News Service