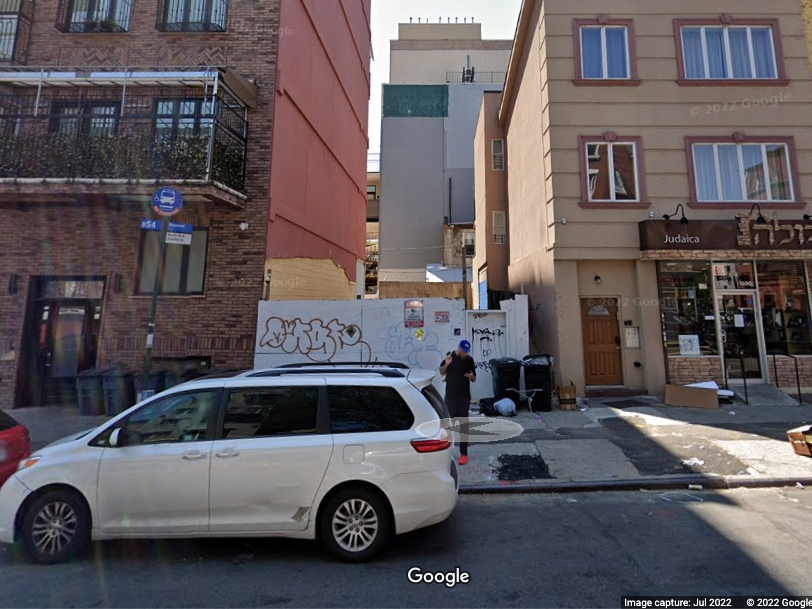 BED-STUY, BROOKLYN — Permits were filed last week with plans to build on a site where a construction worker was killed in an excavation accident in 2015.

The permit, filed on Oct. 3 with the Department of Buildings, describe plans to build a four-story multi-use building with two residential units at 656 Myrtle Ave. in Bed Stuy.

In 2015, the address was the site of a fatal construction accident. A cinder block wall collapsed during excavation, killing a 19-year-old worker and sent two others to the hospital, reported the Daily News at the time.

That project sought to replace a single-story building with a five-story one, the Daily News said.

An FDNY chief told the Daily News that the accident was caused by what was described as “risky” excavation work done without the proper support to surrounding foundations, which potentially placed the surrounding structures at danger of collapse.

Earlier this year, DOB issued a $1250 fine for failure of the owner, Binyan Myrtle LLC, to obtain permits prior to installing temporary construction equipment.

According to city records, the lot was sold last April to another LLC for $850,000.

DOB records show that the site still has a full stop work order dating from the 2015 collapse.