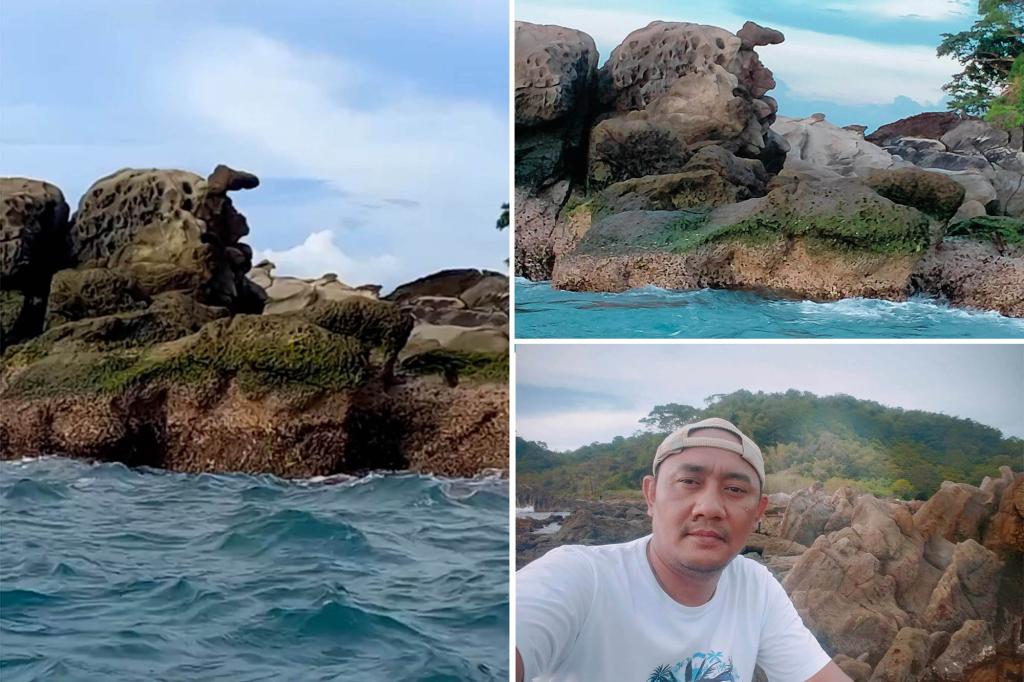 Forget the Hard Rock Cafe, this hard rock is the latest tourist attraction.

Men from near and far are visiting this bizarre penis-shaped landform with hopes of some of its mythical sexual magic will rub off — or help them find a soulmate.

Locals and tourists in Indonesia are floating along the rocky inlets in Sukabumi Regency, West Java to see the notorious “penis rock.”

Decades of erosion and weathering erected a natural stone formation into a shape resembling a man’s genitals.

Men visit the oddity with hopes to improve their performance in bed, while women pray to meet the man of their dreams to fulfill their desires.

The bizarre stone can be seen jutting out from an islet in the Ciletuh Palabuhanratu Unesco Global Geopark area near Cikepuh Beach.

“This stone has been around for a long time. It may have been formed thousands of years ago and local people call it a penis rock,” Andri Hidayana, a member of the Sukabumi District legislature, said.

“There are myths surrounding it. maybe [once] a week or once a month, many visitors there perform some kind of ritual. It is said that men who visit there will become ‘mighty men’ in bed.”

The picturesque penis is only accessible by a 30-minute perilous boat journey along the jagged rocks.

Footage taken on Sunday, January 15 shows a boat full of men craning their necks to get a snap of the rare natural formation.

The area is famous not only for the unusual stone penis but also for the surrounding diving attractions and underwater scenery, Andri said.

Indonesia’s phallic formation isn’t the first to attract tourists, a penis-shaped rock in Norway seduced people to the Scandinavian country and made headlines in 2017 when locals raised $10,000 to restore it after being vandalized.