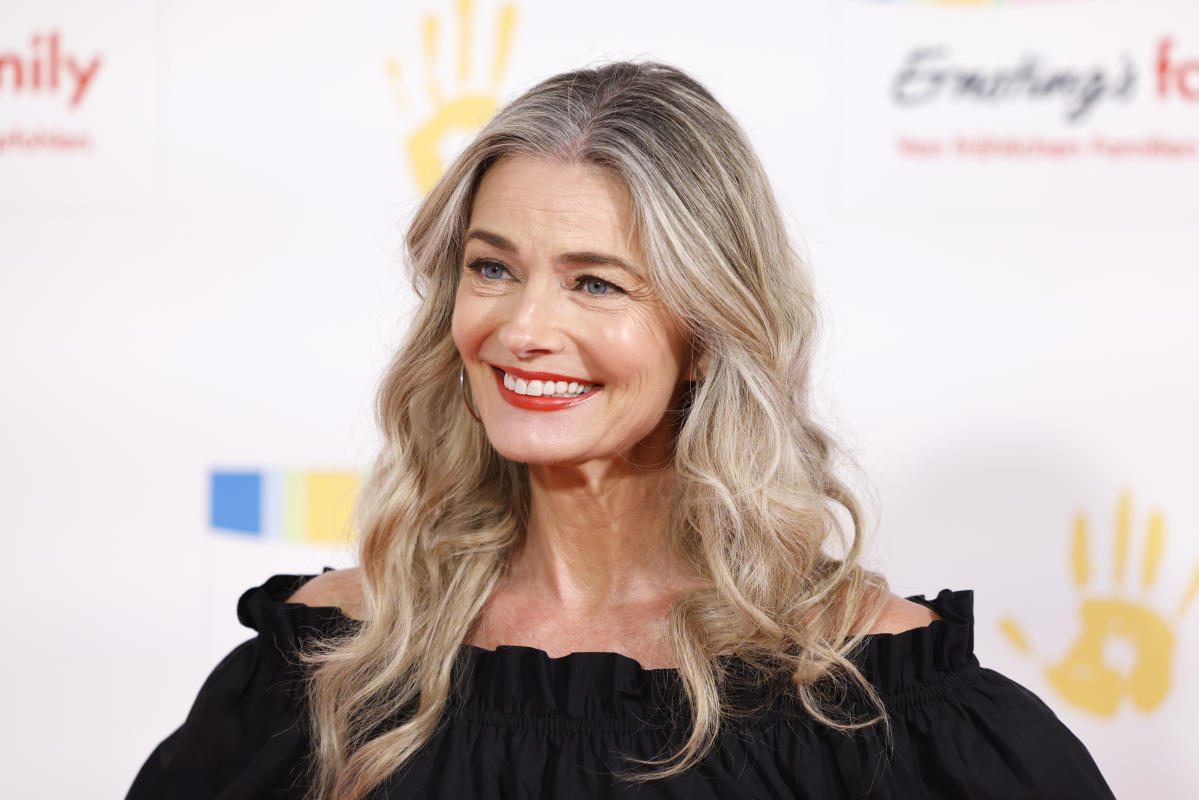 Paulina Porizkova is keeping the other side of the bed open.

The supermodel, 57, took to Instagram on Tuesday to share a photo of herself lying on one side of a bed. She captioned the photo, “I still sleep only on one side of the bed. After almost an entire lifetime of sharing my space with someone else, I’m still keeping it open — for someone else.”

She added that “humans are pack animals” who “thrive in company and wither in loneliness.”

She questioned, “Why is it then, that we celebrate the lonesome cowboy riding off into the sunset? Why do we see being solitary as a strength? Why do we despise the word ‘need’ and celebrate only ‘want’? We actually ‘ need’ love to survive. Like we do air and food and drink. This is how we’ve been built. So why is it so easy to say ‘I need food, I need a glass of water, I need some air’ — but terrified of admitting our emotional needs?

“I think there is more strength in sharing,” she continued. “In acknowledging and embracing our vulnerabilities and needs. Even the lonesome cowboy riding off into the sunset isn’t wholly alone. He’s on his horse.”

Porizkova concluded her post with, “Gentlemen, this is not a call for your company — or a dating site — I’m merely making a point.”

Porizkova was separated from Cars frontman Ric Ocasek, her husband of 30 years, when he died of heart complications in 2019. At the time, the pair were still living together.

She’s spoken candidly about her complicated relationship with Ocasek before. In a 2021 interview with The Conversation with Amanda de CadenetPorizkova said Ocasek — who cut Porizkova out of his will before his death — was often controlling during their decades-long relationship, which began when Porizkova was 19.

“He didn’t want me to go anywhere,” she said. “He wanted me to be within his circle at all times. I was his soul emotional provider for everything, and I confused that with love.”

On the two-year anniversary of his death, Porizkova shared a tribute to Ocasek, alongside an old photo of the two on a trip.

“It’s already been two years. It’s only been two years,” Porizkova began her post. “This photo is from our last vacation. Cafe Du Monde. He brought me here for many years to celebrate the day we met, May 4th 1984. We’d spend a most romantic and wonderful weekend in New Orleans. He wasn’t a big drinker, but here we once tried Hurricanes, the portable ones on the street, and got so inebriated we couldn’t find our way back to our romantic little Inn. So many memories. And in the 35 years of knowing each other, an overwhelming amount of them were wonderful.”

Following Ocasek’s death, Porizkova entered into a relationship with writer-director Aaron Sorkin. She announced their split in July 2021. In an Instagram post, which included a photo of the former couple, Porizkova wrote, “I’m so grateful for his presence in my life. He helped heal me and reclaim myself. There truly may be no better man, no man who’s more genuinely ‘good.’ He’s brilliant and witty and funny and sexy. As unfiltered as I usually am, this involves someone else’s privacy — so this is all I’ll ever say on the subject.”

Want lifestyle and wellness news delivered to your inbox? Sign up here for Yahoo Life’s newsletter.