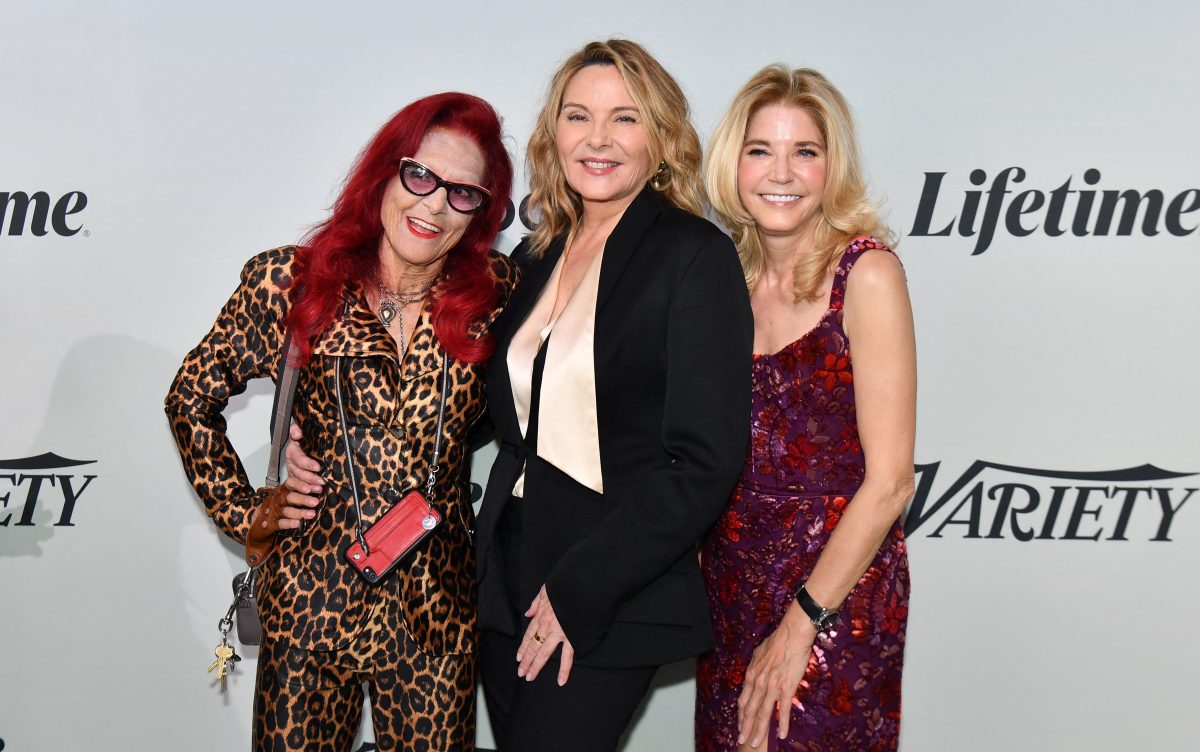 Sex and the City Costume designer, Patricia Field, has never shied away from discussing her time on the famed HBO series. Field recently appeared at a public event and offered fans of the celebrated series another fun piece of trivia. The costume designer explained why Samantha Jones kept her shoes on in bed.

Samantha Jones might be out of sight in And Just Like That… but fans of the original series are still desperate to learn more about the beloved character. Patricia Field is happy to oblige. The famed costume designer revealed why Samantha Jones opted to keep her shoes on during her sexier moments.

Footwear News caught up with Field at the recent Power of Women event, and she was feeling chatty. She told the publication that she styled Samantha naked, in bed, with her shoes on often because it added to the sultry nature of the scenes. After all, there are few things sexier than a stiletto heel. Samantha had plenty of those, and she spent plenty of time in bed.

Kim Cattrall, the actor who portrayed Samantha, was honored at Variety’s Women in Power event. Both Darren Star, Sex and the City’s creator, and Candace Bushnell, the author whose work the show is based on, were at the event. Star has not discussed Cattrall’s exclusion from And Just Like That… Bushnell once said she didn’t care that the Samantha Jones wasn’t in the reboot. Cattrall, Bushnell, Star, and Field have opted not to participate in And Just Like That…

Patricia Field talked about her favorite outfit from ‘Sex and the City: The Movie’ in the past

Field went on to describe the white and gold dress Carrie Bradshaw wore. Fans of the franchise likely remember the dress for its massive flower accent. The look felt modern and fresh back in 2008, but apparently the garment had a much longer history. Field revealed that Carrie’s flower dress was a gown from the 1970s that was cut to create a more modern vibe.

The costume designer is working on another Darren Star creation

Field’s absence from And Just Like That… struck some fans as strange. Some of her recent commentary on the ladies of the series have felt unnecessarily negative, too. Her comments left some fans wondering if the cast and crew snubbed the veteran costume designer. That doesn’t seem to be the case. Instead, Field is tightly connected with Darren Star and continues to work on projects he is involved with.

Field couldn’t take on And Just Like That… because she is the consulting costume designer on Emily In Paris. She has also worked on young other Cashmere Mafia. Star has been involved in the creation of all three shows.

RELATED: ‘Sex and the City’ Stylist, Patricia Field, Said She Majorly Disliked One Outfit in the Series