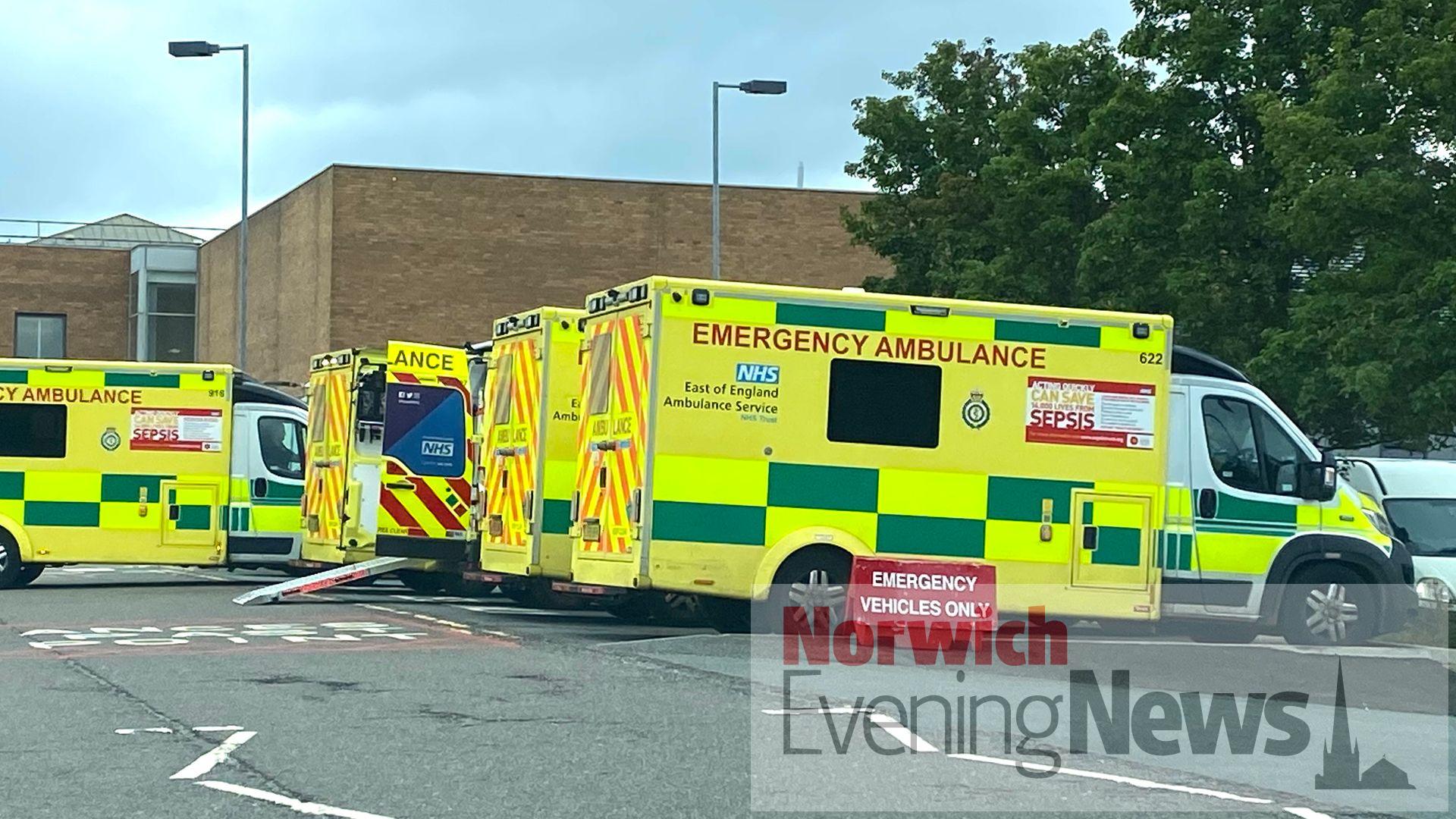 One patient suffered cardiac arrest and died while waiting in an ambulance at a hospital emergency room for a bed to be vacated.

The patient, believed to be over 70 years old, suffered cardiac arrest about 30 minutes after arriving at Norfolk and Norwich University Hospital (NNUH) on Friday evening.

You are the third person in the region in recent weeks to suffer cardiac arrest in an ambulance and die while waiting for a hospital bed.

In late October, a woman died while in a 90-minute queue at Addenbrooke’s Hospital. Another patient died earlier this month while their ambulance waited more than two hours at James Paget Hospital in Gorleston.

On this occasion, the patient was brought to the NNUH around 10 p.m. with a suspected infection.

The crews were so concerned about the patient that they called the hospital beforehand. The patient was examined and treated by a doctor on arrival, the hospital said, but no beds were available for them so they stayed in the ambulance.

They suffered cardiac arrest half an hour later and were taken from the vehicle to a resuscitation unit, where they died, the hospital said.

A spokesman said: “Our deepest condolences go to the family of the patient who died on Friday night.”

They said it has been a very busy night for the hospital, adding, “Emergency and emergency services are still very busy and patients are urged to call NHS 111 first by phone or online if they need medical advice . “

The East of England Ambulance Service is under tremendous pressure with record waiting times and reports of hundreds of 999 calls being queued.

Upon arriving at the hospitals, the ambulance crews have difficulty escaping within the 15 minute target due to the lack of free beds to hand over their patients.

It has led to what is known as cohort formation, in which either the ambulance effectively becomes an emergency room or paramedics take care of the patients in the emergency room.

In late October, NHS chiefs wrote to all hospitals in England asking them to end the handover delays due to “unacceptable clinical risk” to patients, but as NHS resources are unable to meet demand, it does so not.

This has been a problem for several years, but this is the first winter to report multiple deaths of patients in ambulances while waiting in line at the emergency room.