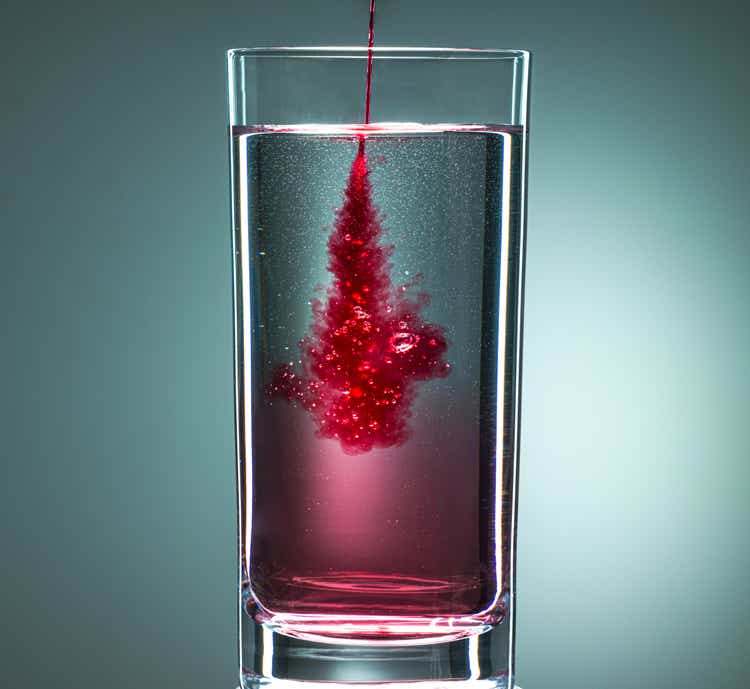 The second spreadsheet is a duplicate of the DCF valuation model but instead we’ve changed the growth and FCF margin projections so that the resulting value per share is close to the current price. We’ve done this to try and gain insight into the market’s projections for PLTR’s revenue growth and FCF margin. And it appears that the market is pricing in growth through FY25 that is notably below management’s 30%+ guidance. Yahoo Finance also shows that the average Wall Street analyst is forecasting 30% and 28% growth for FY22 and FY23, respectively. Indeed, there is a complete lack of confidence in PLTR’s management’s guidance.

We also advise that you go and check out the Options & RSUs spreadsheet for a detailed calculation of their values. The BSM [Black, Scholes, & Merton] may look complicated, but really, it’s just a formula/method for estimating the value of the outstanding options. On the other hand, calculating the value of the outstanding RSUs [Restricted Stock Units] is straightforward – simply the number of unvested RSUs multiplied by the current share price. The values ​​of both the outstanding options and RSUs are subtracted from the EV [which essentially is the present value sum of all the future cash flows] during the reconciliation steps to arrive at the intrinsic equity value – all of which is shown in the DCF valuation model.

Lastly, we suggest you take a look at the Normalized SBC & Operating Profit spreadsheet. There we show that PLTR had adopted a more normalized SBC policy, then their operating profit would have reached the breakeven point in FY21.

As shown above, there are 142m unvested and outstanding RSUs and the notes state that they are expected to be recognized as SBC over the next three years; therefore, 142/3 = 47m shares (on average) will be added to the share base per year over next three years from RSUs. This is another 47/2047 = 2.3% annual dilution.

Nowadays stock options are less common. They have been almost eliminated from SBC for larger stocks because it has become well-known that they are not a great incentive mechanism to align with shareholders’ [long-term] interests. For newly IPO-ed stocks options do represent a high-ish proportion though this does decline in the subsequent quarters and pretty much phased out as the company matures.

Adding back SBC is an important consideration of future FCFs and hence doing a DCF valuation, but shouldn’t be done if you’re doing a relative valuation with per-share multiples. As mentioned, RSUs form the vast majority of SBC for the majority of firms, and they are only reflected in SBC when they vest and when they vest that means they have been actually handed over to the employees and they have complete discretion to sell – in other words they are in the outstanding share count.

There are some exceptions and that’s why dealing with SBC in valuations can get complicated. 1) If you’re doing a NTM relative per-share multiple valuation it would makes sense to incorporate the dilution in the NTM. To do this, you could simply increase the share count by the TTM increase to estimate the NTM share count. 2) We’re emphasizing per share here because if you’re doing a relative valuation with EV then you’re not viewing the relative multiple valuation with dilution factored in – confusing.

In regards to options outstanding, the expense does need to be added back because they haven’t yet been converted to shares via exercise, even though they may be categorized as vested – more confusion.

When doing a DCF valuation it is different because the unvested RSUs will increase the share count when they vest. To account for this, it is easier to deduct an estimate of SBC as a percent of revenue from the FCF forecasts than it is to mess around with the share count which contains a number of variables [RSU & options vested and exercised, share repurchases, warrant settlements, etc.]. One could just generalize and estimate an overall X % dilution per year, though for companies that recently had their IPO, this is difficult to estimate. The other issue is you’re adding yet another line of estimates to an already subjective model.

However, if you want to get really precise, even doing this results in a little bit of double counting – we estimate a 5% of double counting for PLTR’s case during a 20-year forecast period – because during the EV to equity reconciliation [as shown in the DCF valuation sheet] we deduct the outstanding option and RSU values ​​to reduce the equity value attributable to common shareholders. The reason we say this is double counting 5%is because the combined outstanding value for options and RSUs is currently $1.65bn [which gets deducted in the EV to equity value reconciliation] and in the model, right from FY22 through FY41, we estimate the total SBC for the next 20 years is $36.4bn >>> 1.65/36.4 = 4.5%. And this is because the future RSUs and options [mainly RSUs] have not yet been created, and a lot will be for future employees.

This is getting pedantic, however, because it doesn’t impact the valuation much. Though, perhaps a model amendment should be to start including SBC in the FCF calculation a few years into the future when the current option/RSU value has been converted into shares. Perhaps a weighted average number of years between options and RSUs could be calculated and then the SBC deduction from FCF could start from that point upwards. This would avoid the 4.5% double counting.

With this in mind, if we were only forecasting for a 5-year period – which is common for some analysts when conducting a DCF – then the double counting would be much greater. So, this is why it’s not so black-and-white – indeed, we should account for SBC, but how isn’t always obvious.

To summarize, when doing a DCF valuation, one needs to consider the point at which SBC is to be deducted. A) Is it deducted in the form of the outstanding value of the options and RSUs when moving from EV to equity value? B) Or is SBC accounted for by subtracting SBC from the projected FCFs? C) Or is SBC accounted for by estimating future outstanding share counts? For short forecast periods probably one or the other can completely account for the SBC. For longer periods, like the 20-year forecast period for PLTR, we’ve combined A and B (but as aforementioned, not perfectly).

This article has probably confused more than clarified for investors. But it is a tricky area, and in my opinion, working through the confusion is better than just being ignorant to the specificities of accounting for SBC. The easiest way is probably estimating the increase in share count each year, though for a high-growth, recently IPO-ed stock, this is fraught with estimation error more than any other item you would be forecasting – mainly because small errors lead to major changes in the ending value per share.

Anyway, hopefully this article has been useful in some way.