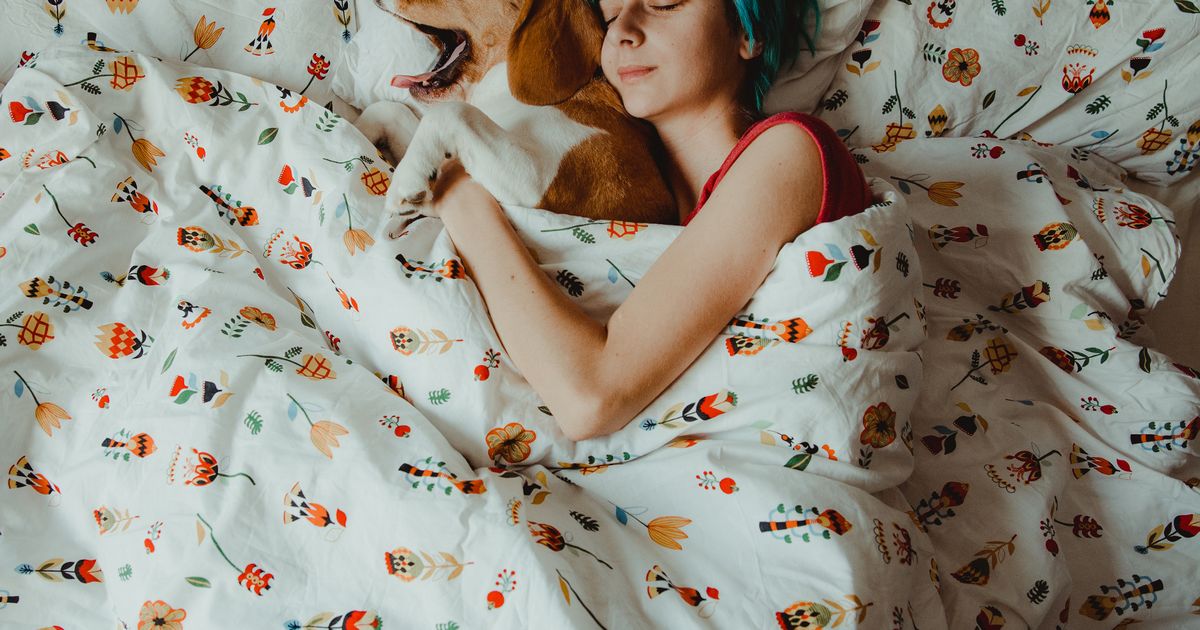 The mcr-1 gene, which was first identified in China in 2015, has built up a resistance to certain life-saving drugs – it is transported from animals to humans via microscopic fecal particles

Dog owners are being urged against regularly sharing a bed with their pets following the spread of an “untreatable superbug”.

The mcr-1 gene, believed to be transmitted from animals to humans, has built up a resistance to certain life-saving drugs.

With drug-resistant infections killing an estimated 700,000 people a year worldwide, the UN warns that this could rise to 10 million by 2050 if nothing is done.

Experts are now warning of an instance where humans can pick up the bug, which was first identified in China in 2015.

Dogs can harbor mcr-1 in their gut before it’s transported via microscopic fecal particles.

Sign up to our TeamDogs newsletter for your weekly dose of dog news, pictures and stories.

A study at the University of Lisbon found that in two of the households where dogs had tissue infections, the gene was present in the dog and the owner.

Fecal samples were taken from 126 healthy people that were living with 102 cats and dogs in 80 households over a period of two years up to February 2020.

It was found that eight of the dogs and four humans were hosting bacteria including mcr-1.

The results also showed that three of the dogs appeared to be healthy and the others had tissue or urinary tract infections.

The findings were presented at the European Congress of Clinical Microbiology and Infectious Diseases Conference.

Experts told attendees that agricultural regions particularly in southern European countries that use colistin will be less likely to contract the mcr-1 gene.

Dr Juliana Menezes, who led the research, said: “Colistin is used when all other antibiotics have failed, it is a crucial treatment of last resort.

“If bacteria resistant to all drugs acquire this resistance gene, they would become untreatable, and that’s a scenario we must avoid at all costs.

“We know that the overuse of antibiotics drives resistance and it is vital that they are used responsibly, not just in medicine but also in veterinary medicine and in farming.”

Do you have a dog story to share? Email [email protected]