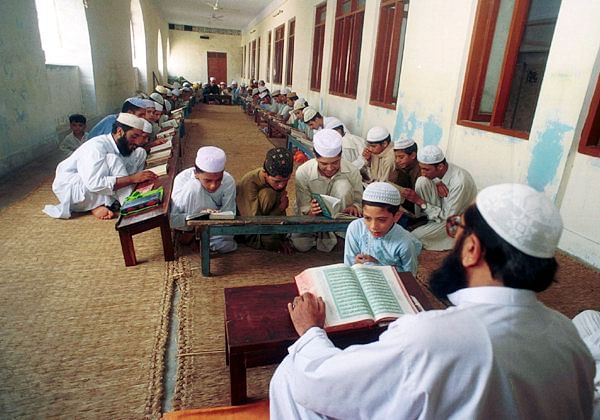 Controversial Hyderabad MP Asaduddin Owaisi introduced today (2, Chhattisgarh and Jharkhand and how the expenses incurred under the program for these teachers were shared between the center and states.

Union Minister for Minority Affairs Mukhtar Abbas Naqvi announced that the government is implementing SPEMM, a program to provide education for madarsas / minorities (previously implemented by the Ministry of Education until FY2021). The program consists of two parts – the program for the provision of quality education in Madarsas (SPQEM) and the infrastructure development in minority institutions (IDMI).

In the former, the center provides financial support to encourage madarsas and maktabs to introduce modern education through subjects such as science, math, social studies, Hindi and English into their curriculum, while the latter focuses on expanding and strengthening school infrastructure to minority institutions.

Since it is a centrally funded program, it is funded in a 90:10 ratio by the center and the states (for the Northeast States, Himachal Pradesh, Jammu & Kashmir and Uttarakhand), entirely by the Center for Union Territories without Legislature and in a ratio of 60: 40 for the rest.

Although it hasn’t been made clear whether Owaisi’s 50,000 teacher figure cited is right or wrong, she said the government released Rs 520 crore over the past five years (2016-17) under the program, including fees for madrasa teachers Has.

The minister stated that the responsibility for implementing the program rests with the state governments. Once the proposals have been approved by the country committees and presented to the centre’s project approval committee, they will be assessed on merit. Only then will the amount be released in installments.

“For the year 2021-22, proposals for teacher fees have been received from the states of Bihar, Chhattisgarh, Jharkhand, Madhya Pradesh, Rajasthan, Tripura, Uttarakhand and Uttar Pradesh, which have been reviewed by the Ministry’s Project Approval Committee, and proposals for teacher fees in the eligible madarsas under the program’s guidelines, ”Naqvi replied in his answer to Owaisi’s star question.