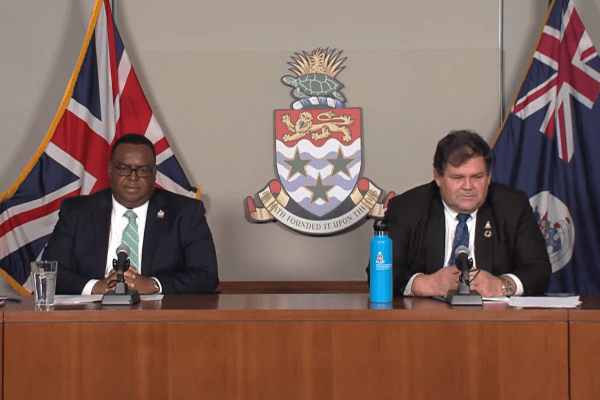 (CNS): At least 652 households recorded people in their families going to bed hungry in Cayman because they could not afford to buy food in the month prior to them taking part in the 2021 census last October. Another 673 households said they didn’t know or did not answer the question, which means that well over 2.2% of families, the majority of them Caymanian, are food insecure, despite the country’s significant GDP.

“This is a serious area of ​​concern for this government and one of the reasons why we pushed the school meal program very early on,” Deputy Premier Chris Saunders said last week at the recent press briefing announcing the publication of the 2021 Census of Population and Housing report. “There is still a lot of work to be done and we will be working with other private sector organizations to ensure that nobody that calls the Cayman Islands home should go to bed hungry.”

The question about food insecurity was one of several new additions to the census, which was designed to collect more data about how people are living and where government needs to invest and redesign policies to support the community.

“Like you, all of us in the PACT Government believe that there is a disconnect between the quality of our economy and the quality of life for our people, and one of our goals since taking office was to improve our data collection that focuses on quality of life,” Saunders said, noting that the census revealed a worrying number of people that could be going hungry.

According to the census report, North Side and East End households had the highest levels of food insecurity at 4.5% each, while 2.7% of families in Bodden Town and 2.3% in the Sister Islands also reported people going to bed hungry. George Town had the lowest level of food concerns at 1.8%, followed by West Bay with 2.1%. Of the total households reporting food insecurity, over 65% were Caymanian.

Premier Wayne Panton said the census results would be used to improve social conditions and standards of living for these vulnerable members of the community.

“With the new census information we now have information on persons outside the labor force, older persons, persons with disabilities, veterans, persons in households with food security issues and those without health insurance,” he said. “Having this information is going to be very valuable in assisting our government in being able to work for you, but it will also help the many hard-working community-based groups – the NGOs – to better understand and serve the people they help as well,” he added.

The census revealed the average and mean earnings for workers in the Cayman Islands, which highlighted the gaps between the rich and the poor as well as the problem of the working poor.

While some 3,921 people said they earned in excess of $100,800 per annum, the vast majority of workers reported having to manage on less than $36,000 a year. But around 15,000 employees (more than one-third of the entire workforce) were earning less than CI$2,400 per month, posing a challenge for those families given the already high cost of living in Cayman, fueled further in recent years by relentless inflation.

The overall median earnings for the country was $35,994, which means that 50% of the population earned below that amount. The median income for Caymanians was higher at $45,594, while non-Caymanians’ median earnings were $31,194. But that does not tell the real picture, given the significant numbers of people on much lower incomes.

The census revealed numerous other inequities in the workforce, such as women earning less than men in some cases for doing the same work and non-Caymanians earning less than Caymanians, another issue that Saunders raised at the recent press briefing.

“While I am aware that there may be positions with different levels of seniority, nonetheless we need to make sure that it is indeed based on seniority or type of role and not anything else,” he said. “While this government cannot guarantee an equal outcome, we will continue to push for equal opportunities.”

Saunders, who is the labor minister, urged employers and managers to ensure that people are treated fairly and paid equally when performing the same roles.

Although the census reported an unemployment rate at the time of the count of 5.7% across the workforce, Caymanian unemployment stood at 8.5%. Since then, the Labor Force Survey recorded a drop in overall unemployment to 3% at the end of June this year, with the rate of unemployment for Caymanians at 5.1%.

Watch the full press briefing on CIGTV below: