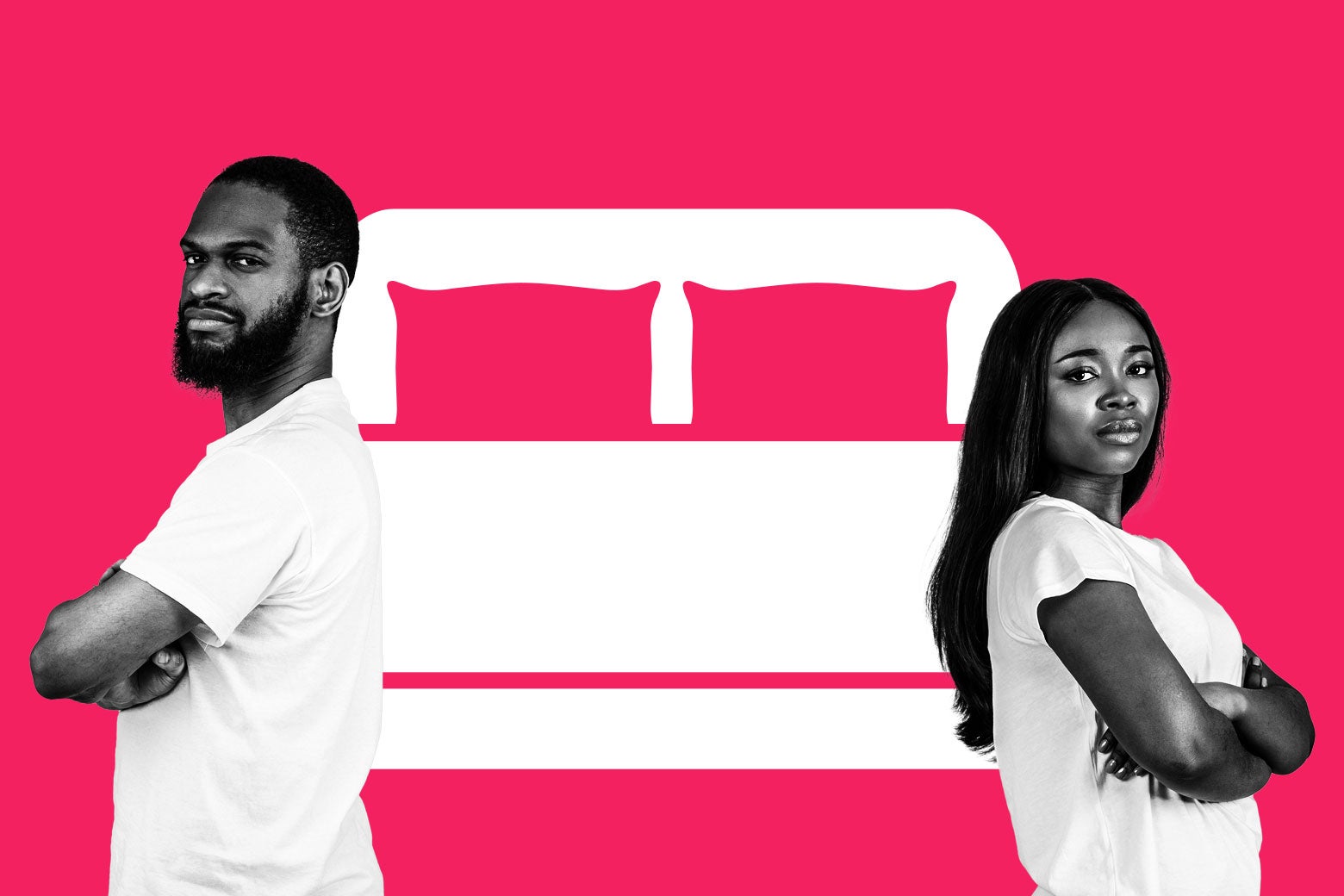 This column is part of Advice WeekSlate’s celebration of all things advice.

Everyone likes to dish advice. But not everyone is cut out for the job—we’re all not Dear Prudence, after all. That leaves those of us on the receiving end sifting through the good and the disastrously bad to get at nuggets of truth.

Well, cheer up, we did that work for you. We collected the best and worst advice we’ve received (in hopes that you might not make our own foolish mistakes). You might learn a thing or two from our wisdom—like how to escape from being a task whack-a-mole or befriending school parents. Start here for your new year, (largely the same but slightly) new you.

In my junior year of college, I went abroad in order to initiate a breakup with a boyfriend. Soon after, I found out he’d begun dating someone else—and called my mom in tears. I told her that even though he wasn’t the love of my life, I couldn’t see how I was going to find someone else; I already knew “everybody,” and there wasn’t anyone else who could be a match for me even in the imperfect way that he was.

My mom wasn’t convinced. She asked me how much time I normally spent with this boyfriend during a typical week when we’d been together. Then she asked me to imagine all the new people and things I could discover about myself and the world now that I had that time all to myself. “You never know who’ll come out of the woodwork and surprise you,” she told me. And she was right. A year later, I met my partner. —Elena Schwartz, senior producer for What Next

“You can always turn around.” My dad’s advice when he was teaching me to drive. The idea was that I should never rush to make a turn or take an exit in a way that would require a risky maneuver and should just wait for another opportunity and turn around instead. There’s no metaphor here, it’s really just about driving, and it’s probably saved my life numerous times! —Jenée Desmond-Harris, Dear Prudence

When I started to go to parties in high school and generally hang out in situations that would allow me to make potentially worse decisions, my mom started to frequently remind me “Don’t be a dumbass.” While far from prophetic, this has stuck with me and still comes to mind in situations where I may be considering acting like, well, a dumbass. —Hannah Mae Morris, associate marketing manager, Slate Studios

“Go to a running shoe store to buy running shoes.” I learned this on the high school XC team. Don’t routinely go jogging in whatever old gym shoes, and don’t try to find a deal online. Go to a specialty store, where a salesperson observes your gait and then pulls a bunch of options for you and you will get to see how they feel. Yes, it may cost a little bit more than if you picked shoes on Amazon, but the expertise of a human being, who can look at your corporeal form and talk through options in real-time, is invaluable in making running comfortable and sustainable.

This advice, which I have learned over and over and over again, applies to more than just running shoes. A dermatologist will have better advice for you on skincare than the internet. Yoga with Adrienne is great, but if you practice regularly, it’s really worth getting feedback on your form and answers to your questions in an IRL class. A simple blood test ordered by your primary care doctor is better at determining what vitamins you need to take (if any at all!) than a quiz or even a scientific paper.

Sure, experts can have blind spots, and beware snake-oil salespeople. But in an age where we are overrun with health and fitness product recommendations and WebMD-type articles, paying a little for an actual person’s informed opinion about what will help your body can be invaluable. —Shannon Palus, senior editor

Don’t try anything new on race day: It’s some of the best-known advice in the running world, but it’s easy to feel pre-race panic that something isn’t right—that you need a longer warmup (or a shorter one ), or to break in the new super shoes, or to try the cool new fuel. Just ignoring all those thoughts and doing the usual thing almost always works better. —Bill Carey, editorial director, strategy

A Bit of Friendly Advice

This is some advice that came late to me, so I want to share it here because I think it’s very good! One of my closest friends, Jessica, has kids that are older than mine, so I always go to her for parenting-related questions. My daughter is in fifth grade, and has had some social challenges with her friends; nothing too wild, but jealousy and power struggles have really come to the forefront this year. (I am speaking of a “girl group” here but I have heard from other parents that this stuff is common across genders.)

What I asked her about was: the moms. For the seven years my kid has been at her school, I have developed friendships with the mothers of her friends. The kids are the main tie between us—I can’t say these relationships would have bloomed otherwise—and that was nice! Or it was, for many years…until the kids got older, made decisions about who they like and who they don’t, and started not always getting along. (I’m putting this gently; there are often tears and stomachaches.) Every pickup gets awkward; drop-offs are like a game of frogger trying to avoid the parents of the kid who told a lie about yours or kept her awake at night. It stinks! I asked Jessica what to do about this, especially because the kids are old enough that parents really should only intervene if it’s real bullying or physically dangerous behavior. How was I supposed to deal with these parents who were friends, but now, not really because their kid and mine have a problem?

“Oh that’s easy,” Jessica said. “Never befriend school parents. Just don’t do it. You can start over with a clean slate when she goes to middle school.”

This may sound very harsh to parents of small kids, but honestly, I think it’s good advice and I plan on following it in the future! —Hillary Frey, editor-in-chief

Once I asked my friend and colleague Shannon Palus to help me draft a text and she told me to delete this really long thing I’d written and just say “Ok!” Now whenever I’m not sure what to say to someone, in all kinds of situations, I consider whether “Ok!” would be appropriate, and often, it is. —Heather Schwedel, staff writer

“Is there at least one thing you can find to like about this place?” I think about this advice from a former therapist all the time. She asked me this after I’d impulsively moved to a small town in Central Illinois mid-pandemic, shortly after a summer Zoom graduation. I kept hearing dispatches from friends who were spreading out across the country and building their lives in the cities I wanted to live in. Meanwhile, I felt like I was a detached narrator watching myself go through the motions in a town walled in by corn stalks . At the time, I found it to be a silly question and I didn’t humor her with an answer. But I came to understand it as a case for using your imagination. Sometimes you cannot change your life—at least not in the way you might like to. But there is usually one thing you can like about where you’re at. (And you might find there is an abundance of things to love about a place if you let yourself.) —Paola de Varona, senior editor, advice

I’ll share a piece of bad advice that I got from one of those “happiness” podcasts, probably around 2015. The advice was something called the “one-minute rule,” which states that any task that can be completed in one minute should be done right then and there. To be fair, I think this advice is helpful if you’re deliberately trying to remedy a specific problem. For example, if you’re bad at replying to texts from your mom, maybe try responding right after the text comes through instead of putting it off.

But when you apply the rule to everything, your life will quickly transform into a frantic game of task wack-a-mole. The one-minute rule will become an excuse for procrastination as you respond to every little thing that crosses your radar. In cases when you need to complete a task that takes a lot of time and concentration, I suggest you do the exact opposite of the one-minute rule and ignore all non-urgent items of business until you’re done with the more important thing . Then get to the other stuff when you can. It’ll be fine. —Cameron Drews, podcast producer

The summer before I went to college, my childhood friend and I met a current college student while volunteering. My friend asked this person what advice they had for me in this next chapter. “Well,” this person said, “I’d bring a Brita filter with you.” This was no doubt a sensible recommendation, it’s generally nice to have clean water. However, in terms of where I was at in life, this was akin to telling a grizzly bear they might try a nose hair trimmer. There were a lot of things I needed at that age, namely, more therapy and some perspective. But in a way, I appreciate this person’s restraint. Though I still don’t filter my water. —Cleo Levin, audience engagement editor

10 years ago at my sister’s engagement party, I put out a box and slips of paper and pens for guests to “Leave advice and wishes for the soon-to-be Mr. and Mrs.” Over half the slips of paper said something about never going to bed mad or angry. Instead, stay up and fight.

I thought and still think it’s the worst advice! It makes SO much more sense to sleep on something, and wake up refreshed and in a reasonable state of mind to settle an argument rather than wasting time arguing. After an unsettled fight, my partner and I wake up with a mutual understanding that the fight was stupid because we were exhausted or with the energy to come to a logical agreement. —Molly Galllager, senior manager, programmatic revenue