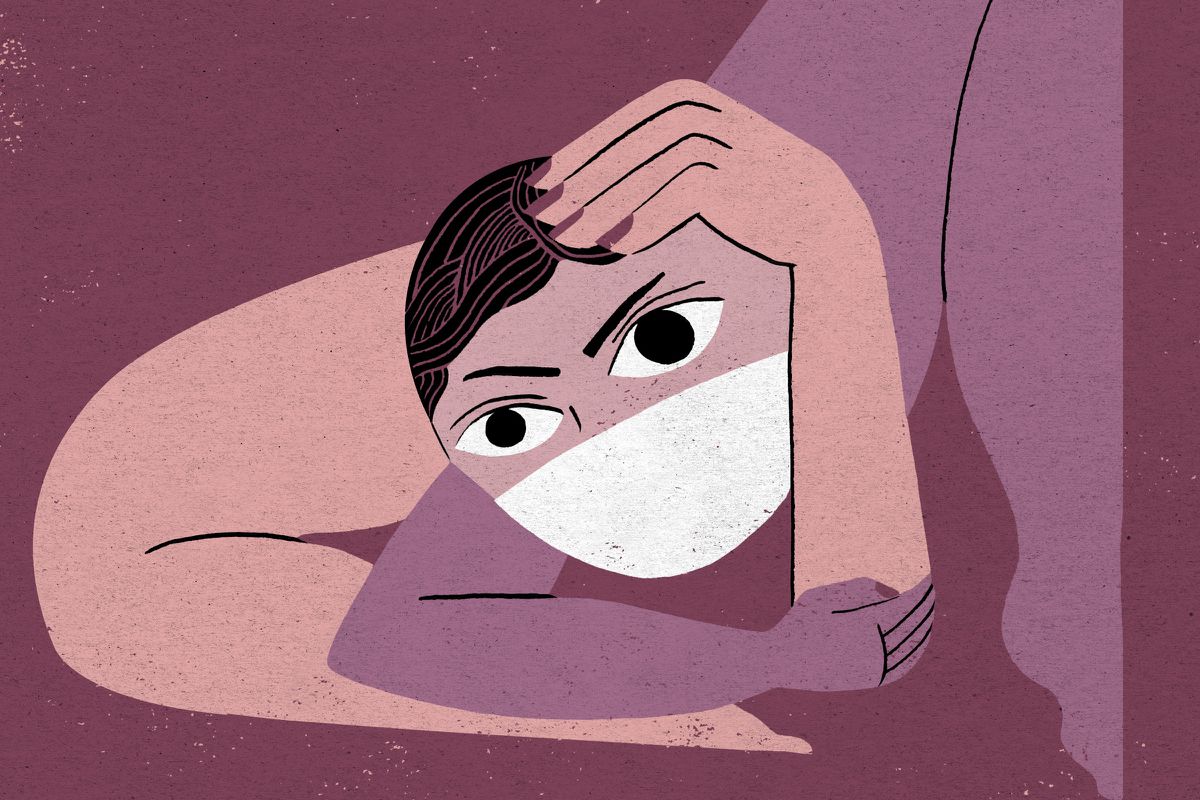 For the past two years I’ve been reasonably cautious, or perhaps cautiously sensible. On the scale of “woman who has not left her apartment since March 2020” and “Québécoi’s influencer is taking pictures on the way to Cancun”, I would be comfortably in the middle.

In the end it didn’t matter because the virus found me and my family anyway. There seems to be a fatalistic attitude that COVID is coming for everyone, and “we’ll all get it one day” has replaced “you’re dumb” as the pandemic’s least welcome phrase. I have said it many times myself. But this fatalism is dangerous on a social level. Even if the virus is mild – as in my case – there could be enough seriously ill people to crash the already collapsing Jenga tower of our healthcare system. Don’t let your guard down now.

As I write this, my period of self-isolation is drawing to a close. I haven’t lost my sense of smell and certainly not my eyesight. In fact, some things seem clearer today than ever.

We are not all there: I suspected that from the start, when the rich fled the devastated cities to their yachts and summer palaces with humidors under their arms. One set of rules for the rulers and one for the working people. These breakups seem stronger than ever and are likely to expand.

For example, the only reason our household knew we had the virus was because before Christmas we’d spent $ 80 on a pack of five rapid tests. (One of our kids also had a box of tests provided by the high school.) Rapid tests are extremely scarce in the province of Ontario, despite the federal government slated to distribute 140 million across the country this month.

Ontario released some free quick tests before Christmas, but they quickly disappeared, snapped up by those who could wait in line for hours. Either you had the time to wait for a free box, or the money to pay for rapid tests or the more sensitive PCR tests (which were between $ 150 and $ 350 and shouldn’t be used by Symptoms anyway). If you didn’t have these resources, you have been left alone to play the newest board game of 2022, Guess the Symptoms.

Health care was dangerous even before the anti-Vaxxers arrived

A friend in the UK posted a picture of her positive result and I asked where she got the test from. It turned out they were being given away for free on the streets of London a few weeks before Christmas, and she had bought a few. In other parts of Europe you can easily get a free test.

In the meantime, I watched the Ontario government continue to act like a soap opera with short-term memory loss. It’s like our political leadership wakes up every day and says, “Oh sorry – are we in the middle of a global pandemic?” I’m not sure how else to explain the many mistakes, most recently in properly protecting students and teachers (e.g. by prioritizing teachers for booster vaccines). As a result, children in Ontario have returned to enjoying online education.

I write this from home because my job offers this security and flexibility. Not everyone has this luxury. The province had to be dragged, kicked and shouted to even give the most important workers a few days of sick leave. At the beginning of the pandemic, I had hoped that our view of the most vulnerable and the most valuable workers would fundamentally change. It looks like my free test box will arrive first.

Illness is not a shame: A year ago, when the virus was at its most terrifying, there was an inappropriate sense of moral failure among those infected with it, as if they had done something wrong. There was a strange Stasi atmosphere in which everyone’s decisions were examined: Were you an inadequate hand washer? A secret dinner party visitor?

Those judgments have faded a bit, but even so, I felt the need to tell everyone that I had contracted the virus while being triple stabbed and masked like a guest at the Capulets’ ball. That’s ridiculous. What we experience is no longer the failure of individual actions, but a social dysfunction. Except for those who refuse to get vaccinated, they should go ahead and be ashamed.

Your people will save you: I thought I would report my virus to the COVID app on my phone (which, by the way, has not sent a warning since it was downloaded). But the app threw its metaphorical digital hands in surrender. They didn’t want to hear from me if I didn’t have a positive test code to feed them. I had ceased to exist.

I was alone – only I wasn’t. Every day people left things on my porch – french fries, homemade bread, sweets. Friends I brought soup to when they were sick brought their own offerings. Others were willing to forego their precious rapid tests or asked if I needed something from the pharmacy. I had my family around me, which felt like a blessing and a curse, until one day I heard my son say, “I’m sorry for being single.”

As he noted, we were lucky. The vaccination has (at least so far) saved us from a serious illness. And I wasn’t alone. Other people cannot say the same thing, and they struggle emotionally and physically. That would be my most important lesson: reaching out can make all the difference.

Keep your opinions sharp and informed. Get the opinion newsletter. Register today.