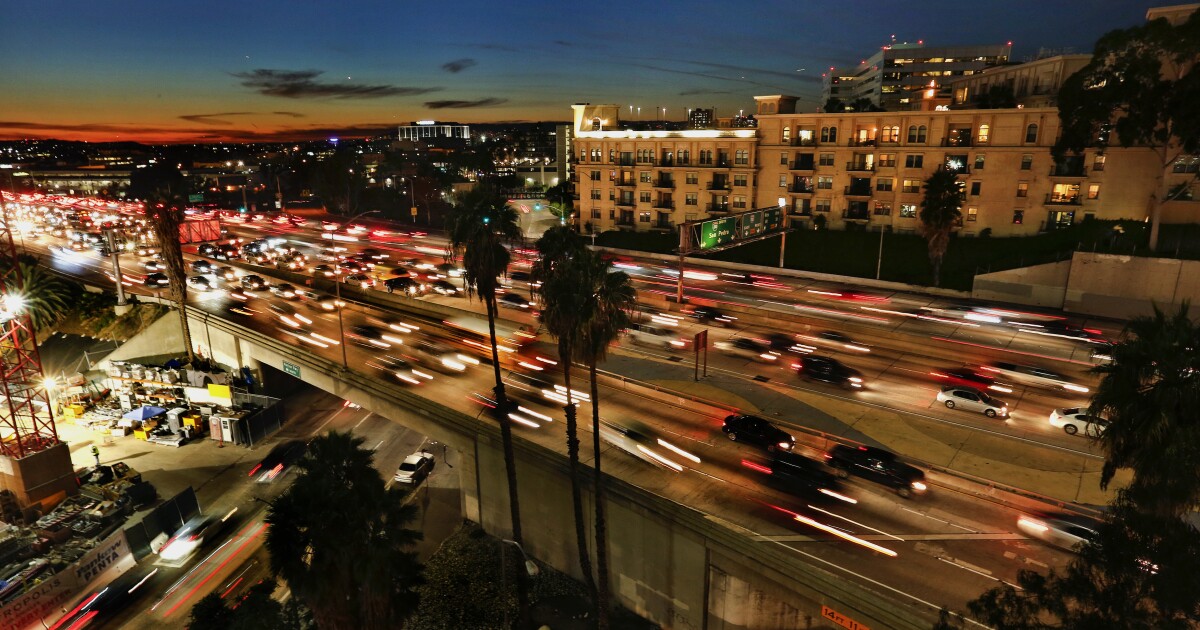 I haven’t called Los Angeles home for 10 years. But I always feel anchored when I return.

This largest county in the nation may be described as “urban” or “metro,” but it also has the capacity to be an intimate place.

A mother who is Japanese and English. A grandmother from Kobe. An English grandfather from India. A father born in Guadalajara. Igual que mis abuelos. Immigrants who became Angelenos. My parents’ chance encounter on Waikiki Beach in Hawaii began the start of my Los Angeles story. It took the serendipity of five countries and three continents for me to exist.

My coming home begins along the 134 Freeway. I embrace them “the” that is dropped off freeways in Sacramento where I live now. I was quickly corrected the first time I said the 5 in Northern California, and Los Angeles learned is the origin of this uniquely placed definite article.

I take in the hills of homes, and on a clear day, a view of downtown with a sliver of the ocean, to Eagle Rock.

The steep, narrow streets, close-call bends and competitively tight parking lead me to climb up the driveway, and then, up the stairs to my childhood home.

Dahlia Heights Elementary, Trader Joe’s and my mom’s dry cleaner are still there. Cindy’s is a hip version of the diner where I would order French fries while waiting for the day care shuttle to the Eagle Rock rec center. Casa Bianca Pizza Pie still closes a couple of weeks for summer break.

I am more surprised by the businesses that remain amid an evolution of the area to meet needs far from those of the working-class neighborhood of my youth. The walk down Colorado Boulevard is a bittersweet vertigo in out-of-place familiarity.

The friends from Dahlia Heights and Eagle Rock High are still chosen family — we began freshman year in ’98 with the new 323 area code. Despite what I’ve long described as a small-town-in-a-big-city, the area isn’t as affordable and most people I know have moved out. Or they manage to stay, paying rents far higher than the two-bedroom place I split for $1,250 in 2012.

Each visit I make to LA sets into motion a whirlwind of present and past.

I picture my abuela sitting on the porch confidently waiting for her favorite collective pastime — eating out. One she has earned raising six children, without a driver’s license and with self-taught English.

Off Sunset Boulevard, the home is saturated in memories that predate me, memories housed within my father, his five siblings and abuelos. Not to mention my dad’s neighborhood pals since elementary school. They recently said goodbye to a childhood friend. A 55-year bond that could sever only with death.

I can smell pressure-cooked frijoles for Monday dinners, my cousin Mikey and me running to the backyard at the first hint of smoke to enjoy lighting mounds of trash — I mean helping — with my abuela. The Christmas Eves filled with cousins ​​sitting around the “floor furnace,” a heater installed below the ground level in some old homes (like my abuelos‘ built in 1911), and being told the story of when Uncle Michael burnt his backside on the furnace grill as a kid.

When I was old enough to go to bars, Echo Park became cool. My dad was worried, remembering his own youth. It has changed even more since then. My abuelos‘House is a reminder that what’s desirable is housed in perception and timing.

Being mixed-race has a benefit come Christmas. I celebrate twice. Christmas Eve in Echo Park, and on Christmas Day we take the 110 off 60 Avenue (my dad invariably cursing the predictable backup at Hill Street), in pursuit of coastal air by way of Sepulveda Boulevard to the South Bay.

Here, my mom, a Torrance High graduate who taught herself to surf at 15, scarfed down burritos at Rosa’s in Hermosa Beach — still open to this day.

For the better part of my adolescence, my grandparents were my best friends. Every weekend was a repeat of Mulligan miniature golf, Baskin-Robbins’ Gold Medal Ribbon with marshmallow topping and Del Amo mall, still one of the largest in the country! My mom’s childhood home is where I learned origami and poker, nourished by ramen, sushi and tempura.

My grandmother Kazuko passed away last summer. My abuela Rebecca the fall prior, nine years after my abuelo javier

Both my grandparents’ homes, which planted our roots as Angelenos, have since sold.

My grandfather Bertrand now lives at an assisted-living center off the Pacific Coast Highway. He recounts to me his youth in India during the revolutionary time of Mahatma Gandhi. His mind reflects on another closing chapter. As I kiss him goodbye, I know shortly after my visit I’ll be the only one to remember everything.

I’m trying to hold on to these roots, despite relentless neighborhood shapeshifting.

Because this is where I grew from two interracial marriages with origins across the world. For generations, this urban-metro place has been our true home.

Los Angeles is where I learned the language of family.

Vicki Gonzalez is a journalist living in Sacramento.