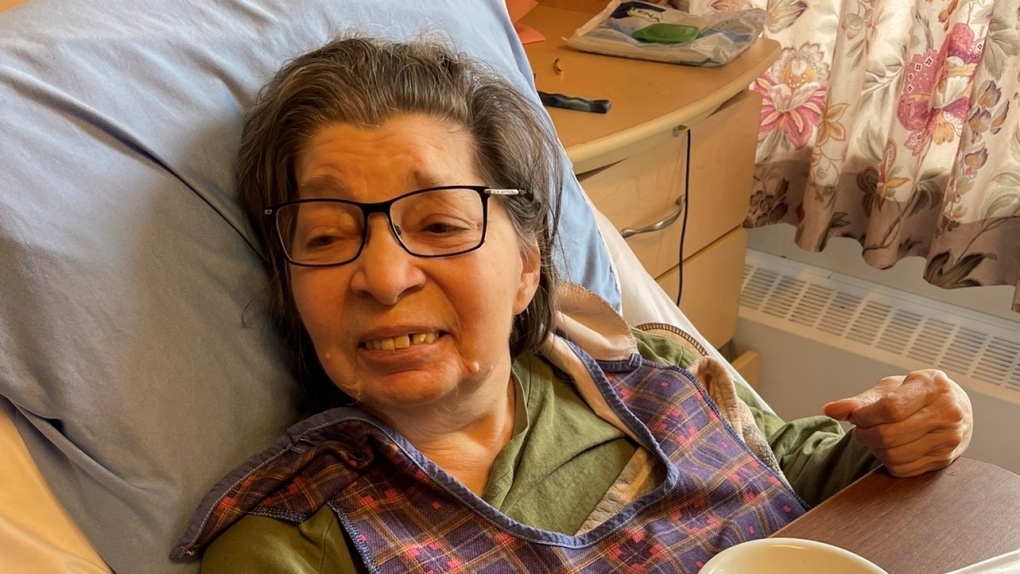 A Richmond Hill senior recovering from a stroke and who lives with dementia has lost her long-term care bed and has been forced back onto the waiting list to re-apply for a room in the system during a hospital stay.

“I want her put back where she came from, where she’s famliar, where my dad is,” Michele Lenick told CTV News Toronto.

Lenick explained her 80-year-old aunt Mona Chasin has lived at Langstaff Square Care Community for at least two years. It’s close to where she lives and because her dad is also a resident she’s able to visit them both regularly.

This summer Chasin suffered a stroke. Lenick said that she learned by chance from a hospital worker that her aunt was only allowed to be away from the care home for 30 days.

Lenick says her aunt was discharged after 28 days, but had to have a COVID-19 test to return. While asymptomatic, she tested positive, which meant she had to go into a 10-day isolation period, effectively losing the room at Langstaff Square.

“It’s devastating. Number one, I don’t think our elderly are being properly cared for. Number two, I don’t know where she is going to end up,” said Lenick.

“It never dawned on me for a moment it would impact her losing her spot in long care home.”

Both the Ministry of Long-Term Care and Sienna Living, who runs the home. confirmed the 30-day ‘medical absence’ rule to CTV News Toronto as part of the Fixing Long-Term Care Act, 2021.

The ministry said a resident who has lost their room can reapply and is placed in a top priority re-admission category. Sienna Living said this is typically the highest priority.

The family is now paying $65 a day for her aunt to live in the hospital, waiting for a bed to become available, and worries once a new room is found she will be placed far away.

The Ontario government recently passed legislation allowing patients in hospital to be temporarily moved to a nursing home not of their choosing.

Lenick is shocked a COVID-19 protocol got in the way of her aunt going back to the home she has known in long-term care.

“I thought perhaps because she contracted COVID in the hospital and we knew there was an end date to her isolation, it wasn’t going to be three months, six months or nine months, she would hold her bed for her.”

The ministry said the median wait time is four months for applicants to be placed in a long-term care home.

Sienna Living says it can’t speak to individual resident cases due to privacy – that includes the status of the room.

The isolation period for those in long-term care with a positive COVID test remains 10 days.