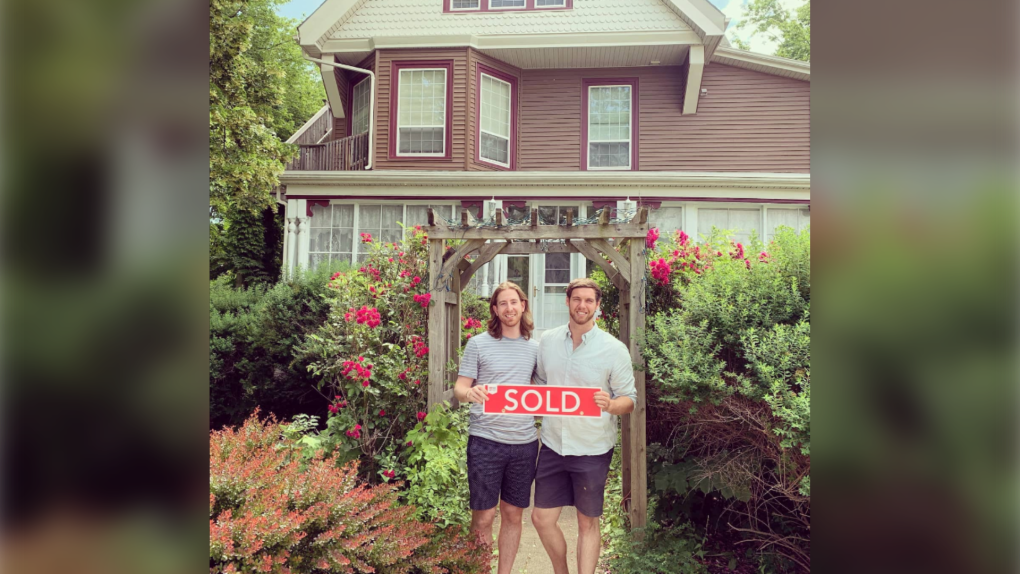 An Ontario couple say they have no regrets over their decision to leave the big city behind and move into a seven-bedroom Victorian bed and breakfast in Nova Scotia during the pandemic.

Stefan Palios and Marty Butler decided to uproot their lives in 2021 after spending years living in a one-bedroom apartment building in downtown Toronto.

“In the earlier stages of our search, we thought we were going to stay in the City in Toronto for a little bit longer, and so we originally were looking at condos and things like that,” Butler said.

“We quickly realized that a one-bedroom wasn’t going to cut it and that we would want more space just to feel a little bit more grounded and be able to have family over.”

The couple had a budget of about $350,000—which was slightly adjustable to account for transportation or other fees—when they set about their search. Because of this, they quickly ruled out larger cities such as Toronto or Vancouver, which have seen skyrocketing real estate prices over the past few years.

According to data released earlier this month by the Toronto Regional Real Estate Board, the average benchmark for a home in the GTA in July was about $1,074,754.

The couple also had a long list of requirements. They wanted their new home to be in Canada so that Butler could continue his work as a registered nurse, and it had to be within an hour of a city and international airport.

At the same time, the couple didn’t want to completely give up their walkable lifestyle. It was necessary for the home to be close to a café, bar and grocery store.

“We started looking (and) we found a couple properties that were beautiful. This one stood out,” Palios said. “It’s actually been a bed and breakfast since the 1980s. It’s got seven bedrooms and seven bathrooms, which was in our budget and is in the middle of our small town of Windsor.”

However, because the home was in Nova Scotia during a time in which Atlantic Canada bubbled themselves to protect against the spread of COVID-19—Butler and Palios couldn’t physically go see the property.

Relying on the word of multiple inspectors and a friend who sent them video from inside the home, the couple decided to take the risk and sign the paperwork. They moved in June of that year.

A year later, the bed and breakfast is open for business. They have two guest rooms available for rent, and a third is being renovated. They are also transforming a fourth room into a co-working office space for guests who anticipate a longer stay and require space to work remotely.

For Palios, a self-described lover of large and old homes, the purchase was a dream come true.

“I’ve always wanted a big old house,” he said, noting that renting out rooms was a big part of how they could afford that dream.

The couple said they love to host people and have acted as Airbnb hosts in the past. They don’t mind having multiple guests over and enjoy meeting new people.

“I don’t think either one of us has regretted the decision,” Butler said. “We had that checklist that we discussed and I think that that helped us avoid a lot of the pitfalls that we’ve heard of other people kind of falling into by finding dream properties, whether it’s still in Ontario or somewhere else, and then shortly thereafter they realized that the house was not what they expected, or they weren’t in the location that they wanted to be in.”

On top of being able to own a home, the couple says the lifestyle changes have been generally positive. They cite more green space and a close-knit community as the reason why they have abandoned their two-year plan in hopes of establishing a real home in Windsor.

“I love Toronto. I love going back,” Palios said. “It is great to see, but then I’m always happy to get on the plane and get in the half-hour drive from the airport to our house and then be home.