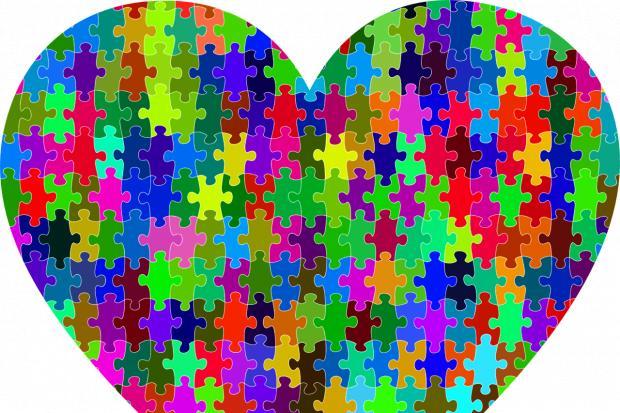 DESPITE 34 years of marriage having passed by, my wife and I are having a lot of fun in bed these days.

There are those who say grandparents aren’t willing to try new things between the sheets, but that’s simply not true.

In our case, we’ve discovered something that’s regularly leading to morning squeals of pleasure coming out of the bedroom whenever we get it right.

Of course, I’m talking about Wordle…

As I’m sure many of you will know, Wordle is a word game that’s become an international phenomenon. Every day, players have six goes to find a new five-letter word in a grid.

You start with a word of your own choice, and if any of the squares turns green, you’ve got a letter in the right place. If a square turns yellow, you know the secret word that letter contains, but it’s in the wrong place. And, if a square turns grey, the word doesn’t contain that letter.

One of us goes downstairs to make the tea at 7am and then we lie next to each other, seeing how many goes it takes each of us to get the word. Naturally, we turn our backs slightly, to avoid either of us catching a sneaky peak and getting any clues.

“Yes!” shouts my wife when she gets a green letter. If she happens to get three correct letters in a row, it reminds me of that famous scene in When Harry Met Sally when Meg Ryan starts yelling out in ecstasy and builds to a crescendo. If the bedroom window’s open, I worry about what the neighbors might think.

Anyway, once the wordplay is over, we’re allowed to see each other’s workings. I’ll show you mine if you show me yours, so to speak.

We admire each other’s moves. We sympathize over occasional lapses in judgment. And we pretend that it really doesn’t matter if one of us gets TEASE in three while the other has needed four goes.

Overnight, Wordle has become part of our bedroom routine and I suspect the same can be said of couples around the world.

Oh, and, as if that wasn’t exciting enough, my wife has now started bringing her giant jigsaw to bed with her. it’s a rainbow heroes jigsaw, made up of historic images commemorating the pandemic, and she has it on a large cork board that she lays on her lap while sitting up against her pillows.

This is also inspiring noisy outbursts of satisfaction. On Saturday morning, once we’d cracked Wordle, she turned to her jigsaw and, within a minute, she was shouting: “YES!”

I’ll be honest, it’s a long time since I’ve seen her quite that animated, so I asked her what had happened.

“I’ve found Captain Tom’s head and it fits!” she smiled

I’d have given her a congratulatory cuddle, but I was terrified to move. I reckon she’d have found a few choice words if I’d knocked her board.

THE THINGS THEY SAY

AT five years old, our little granddaughter Chloe’s memory is, naturally, much sharper than mine at 59.

NATURALLY, I was delighted when I heard Chloe come into the room and start a sentence with: “I really love you…”

And I was, understandably, gutted when the sentence was completed: “I really love unicorns.”

POSTSCRIPT…I don’t know Karis Dowsell but, after I’d Tweeted the above, she was kind enough to respond with the following message: “Over time, the love of unicorns fades. Unlike the love of grandads.”

I live in hope.