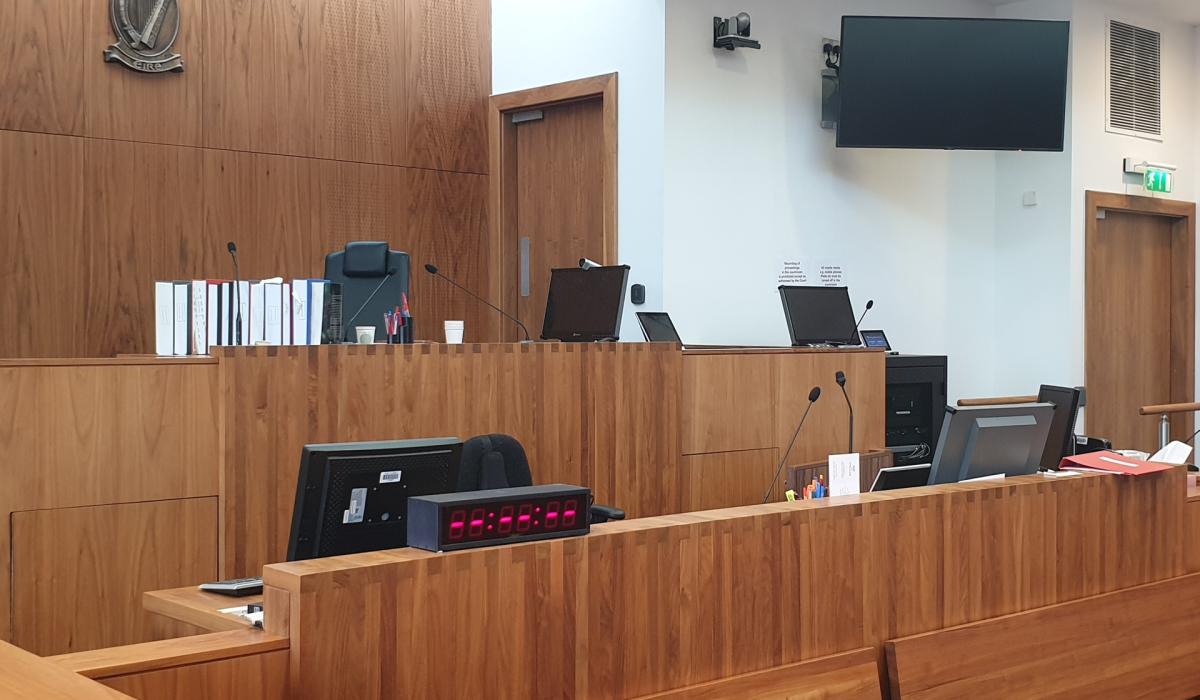 A PENSIONER said two men beat him with shovels and put a knife to his throat during an alleged burglary in Clara.

John Sheerin, now aged 70, said he was awoken at about 5am on September 1, 2019 by two men who came into his bedroom and demanded money.

He said they made him lie on his stomach and stood on each side of the bed beating him with shovels.

Mr Sheerin, who lived alone at Kinclare, Clara, told a trial at Tullamore Circuit Court that he was hit about 10 times and his leg was injured. A fellow put a knife to his throat and said he wanted money.

The elderly man went down to the kitchen and a knife was put to his back and he was told they would stick it in him if he was not given money.

His wallet was in his coat on the back of a chair in the kitchen and the men took €700 and the wallet which contained his travel pass and medical card.

Mr Sheerin said he could hear the men’s voices and knew what they were saying but could not see their faces because they were masked.

One of them had a black jacket with stripes down the sleeves and they left by the back door.

Mr Sheerin, replying to questions from Kevin White, BL, prosecuting (instructed by Sandra Mahon, Offaly state solicitor), also said he thought the men sounded foreign and they left by the back door of his house.

After they had gone he went to a nearby house and Clara Garda Station but did not get a reply before going to another neighbor who rang the gardai.

The jury of six women and six men also heard Mr Sheerin say a shovel was missing from his shed and that he had been woken by his Jack Russell pet who was barking after one of the men put the dog up on a window sill.

Mr Sheerin was giving evidence in the trial of Dylan Coughlan (22), Armstrong Grove, Clara, who denies charges alleging aggravated burglary, assaulting John Sheerin, causing him harm, and threatening to kill or cause serious injury to John Sheerin, at 3 Kinclare , Clara on September 1, 2019.

Mr Coughlan also pleaded not guilty to assaulting Derek Tuite at 5 Railway View, Clara, and to producing a bat, on the same date.

Mr Sheerin also told the trial that his dog had been given to him by a man he named as Wayne Dolan who had come to his house about a fortnight before.

He said Mr Dolan knew he had been looking for a dog but he did not know who told him that. The dog was company for him and he previously had a collie who lived to the age of 16.

Cross-examined by Colm Smyth, SC, with Niall Storan, BL, defending (instructed by Patrick Martin, solicitor), Mr Sheerin said the lad with the knife was the one wearing the black jacket with white stripes on the sleeves.

He also said he had been previously robbed and on this occasion he was glad he had his supply of turf in.

Opening the trial earlier Mr White said it was the State’s case that Mr Coughlan was accompanied by another man, Wayne Dolan, but he said the jury need not concern themselves with the second individual because he was being dealt with in another court.

Mr White said the evidence will be that Mr Coughlan and the other man had been socializing with Mr Tuite earlier and they went to his address in the early hours of September 1, 2019 when he was sleeping.

They assaulted him and during the incident certain things were said to Mr Tuite leading him to believe they had been involved in the robbery of an elderly man.

Mr Tuite began giving his evidence on Thursday and the trial before Judge Keenan Johnson is continuing on Friday morning.