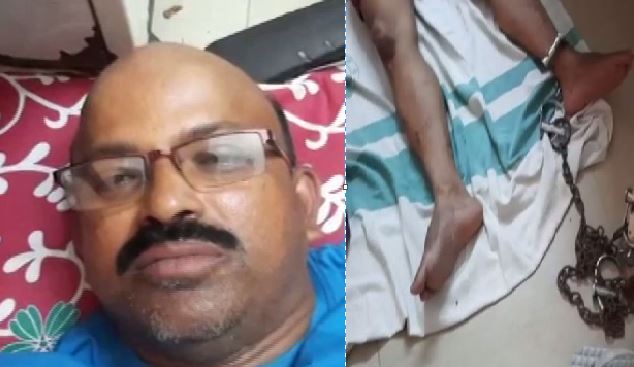 Balasore: In the latest development in the Nilagiri journalist torture incident, the concerned IIC Draupadi Das and the IO Subarna Behera have been transferred, said Central Range IG Narasingha Bhola.

It is to be noted that Nilagiri Police in the Balasore district of Odisha recently handcuffed the legs of a scribe and tied him to the hospital bed, when he was undergoing treatment at the district headquarters hospital.

It had been reported that a Home Guard named Niranjan Rana of Nilagiri Police Station earlier hit the vehicle of journalist Lokanath Dalei while the latter was returning home on Tuesday night. A heated argument erupted between the two following the accident. However, they left the spot after some locals intervened and pacified the duo.

However, Dalei was picked up by a team of Nilagiri police from his house on the following day based on the complaint lodged by Home Guard Rana. He was detained on the allegation of assaulting an on-duty government servant.

Journalist Dalei was allegedly subjected to torture so much so that he was admitted to the district headquarters hospital after his condition became critical. Video footage also showed that one of his legs was tied to the hospital bed with a shackle.

Journalists across the State heavily condemned the atrocity of the cops and demanded a fair investigation into the matter and stringent action against the accused.