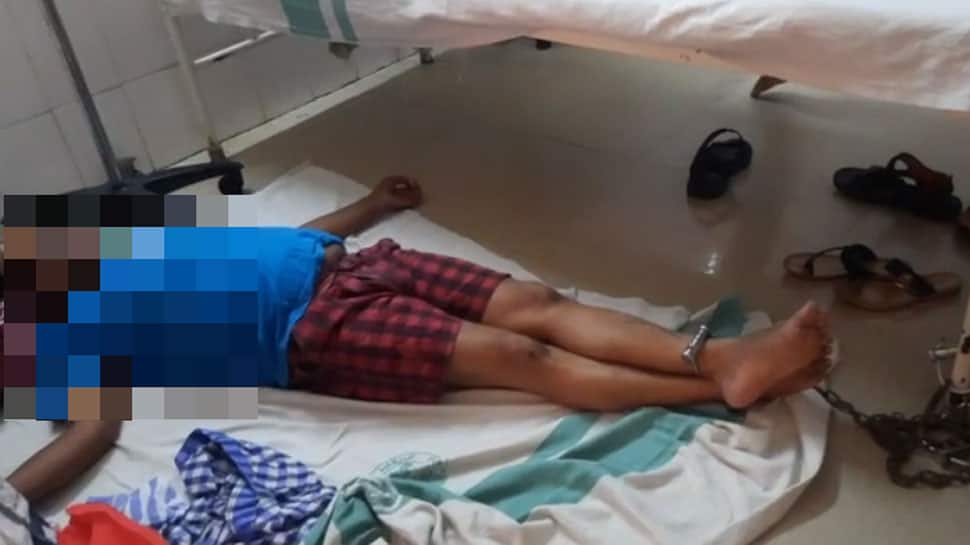 Bhubaneswar: In yet another shocking incident, a journalist from Odisha’s Balasore district was allegedly chained to his hospital bed by cops for reportedly publishing a news regarding corruption in the Nilgiri Police Station area of ​​the district.

Loknath Dalei, a reporter with a local media house in Balasore, was arrested for allegedly thrashing a cop. According to sources, Dalei was reportedly called by Nilagiri Police on Wednesday morning for allegedly abusing and assaulting a Home Guard. He was later hospitalized after being allegedly assaulted by cops at the police station.

While undergoing treatment, his legs were attached with a handcuff and tied using an iron chain to the hospital bed. A photo of Dalei chained and lying on his hospital bed has gone viral on social media.

Odisha | Loknath Dalei, a journalist in Balasore was seen chained to a hospital bed by his leg, allegedly by Police reportedly over the publication of news regarding corruption in the Nilgiri PS area of ​​the district.

Odisha Police DGP has ordered an inquiry into this matter. pic.twitter.com/sFJxnIab44

On April 4, Home Guard Niranjan Rana had lodged a complaint at Nilagiri police station alleging that Dalei abused him in filthy language, beat him up and threatened with dire consequences when he was on duty.

Dalei was called to the police station and then beaten up by the local cops. He has alleged that his arrest is an act of revenge for doing a news report against the police.

Expressing deep concern over the incident, Union Minister Dharmendra Pradhan said media is the fourth pillar of democracy. “In a democracy, one should respect differences in opinions. But putting a handcuff on a journalist like a professional criminal is not acceptable in a healthy society,” he said.

Pradhan has urged the senior police officers to conduct a proper inquiry and take strong action against the officials involved in this act.