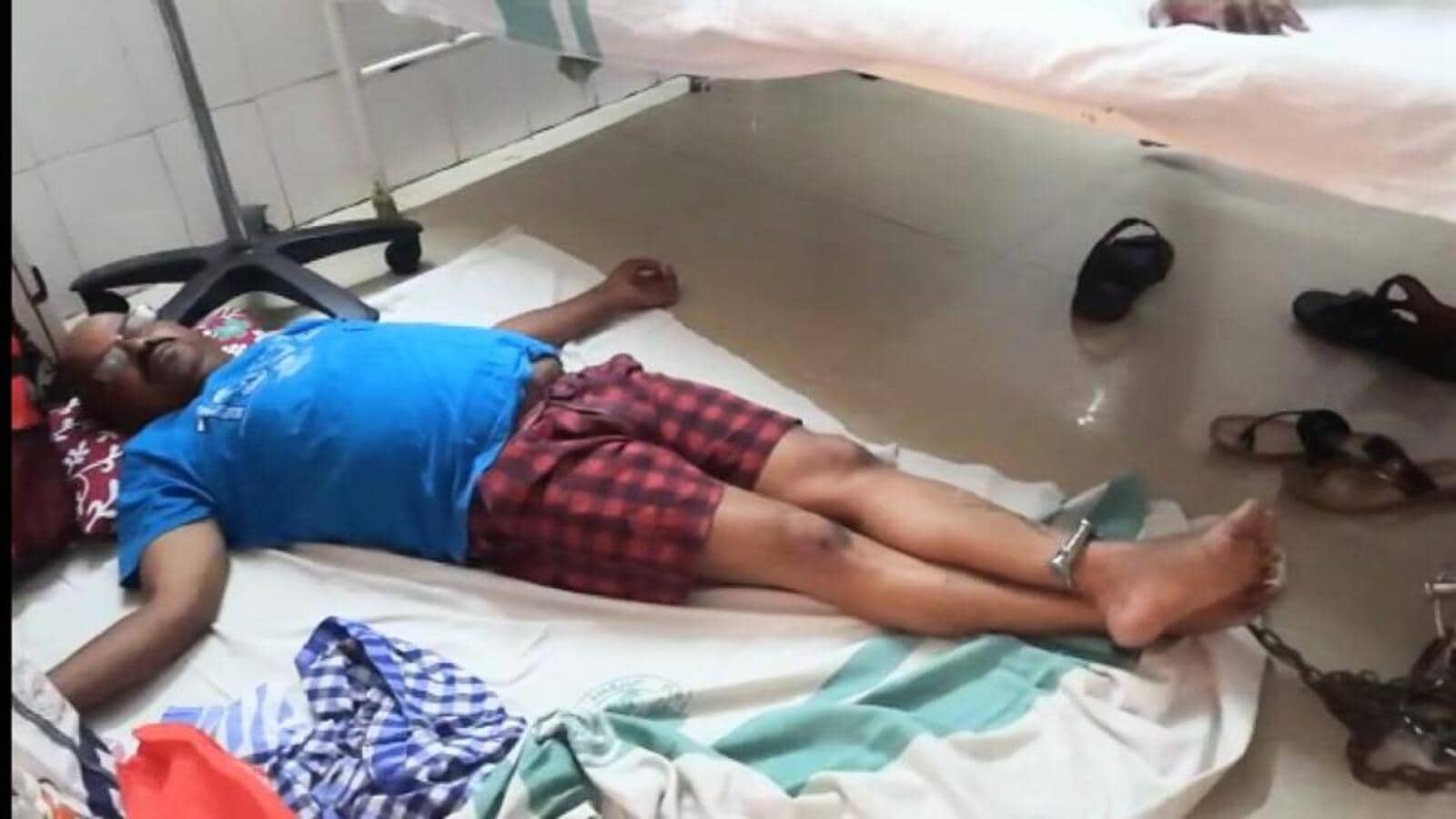 Loknath Dalei, 50, the journalist, accused the local inspector of harboring a grudge against him over his reporting

Bhubaneswar: Police in Odisha’s Balasore allegedly chained a journalist’s leg to a hospital bed on Thursday hours after he hospitalized following his arrest in an assault case.

Loknath Dalei, 50, the journalist, accused a local inspector of harboring a grudge against him over the publication of news regarding the failure in curbing brown sugar smuggling. He added the case was registered against him after a home guard’s two-wheeler hit his motorcycle on Monday. He added he snatched the guard’s helmet and asked for damages before returning it.

Dalei, a reporter with Odia daily Sambad and TV channel Kanak News, said on Wednesday afternoon the inspector and another policeman snatched his mobile after telling him that the guard has registered a case against him. “I was then arrested. Within moments, I passed out and was sent to the hospital. This [Thursday] morning, I found myself on the floor of the hospital with my left leg chained. It was removed at 11.30 am.” Dalei said he will file a complaint with the National Human Rights Commission.

Balasore police superintendent Sudhansu Sekhar Mishra said he has directed a probe and sought a report.

Sukanta Nayak, the local legislator, accused the inspector of high-handedness. “I have apprised the higher-ups about her arrogance. The chief minister should take action.”

Union minister Dharmendra Pradhan, who is from Odisha, said such attacks on journalists need to be condemned. “Action should be taken.”