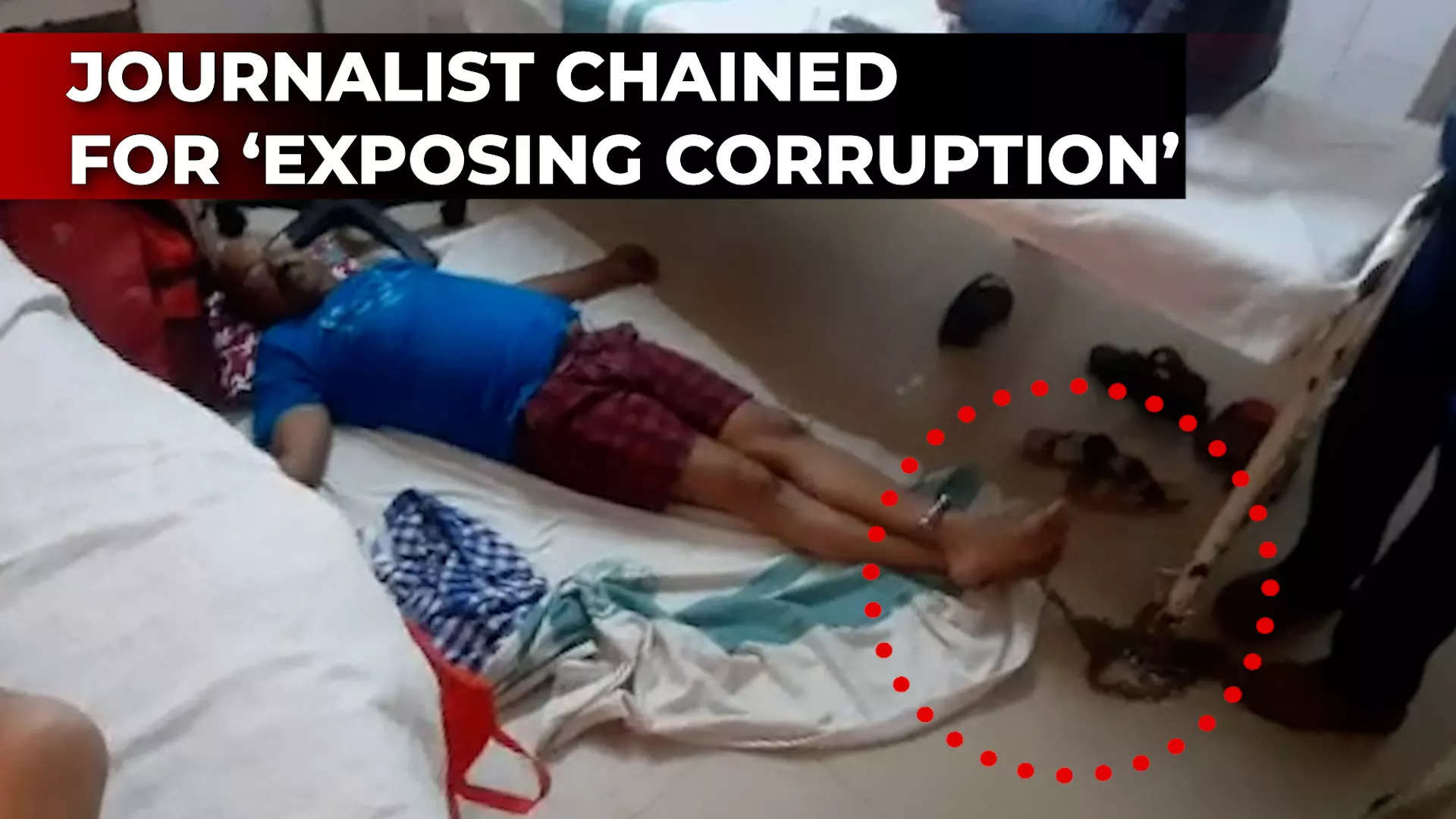 The journalist, Loknath Dalei, who works for a local vernacular daily and a TV channel, says the police had a grudge against him for reporting on corruption-related issues. And, on April 4, when his bike hit a two-wheeler off a home guard, the cops got an excuse to get even with him. Once the home-guard lodged a complaint, the journalist says he was taken to the police station, and his phone was snatched. After he fell ill at the police station, he was taken to the Balasore hospital and was chained. The Odisha Human Rights Commission as well as the Editors Guild of India have now come to the aid of the journalist. The OHRC has sought a report from the Odisha police.