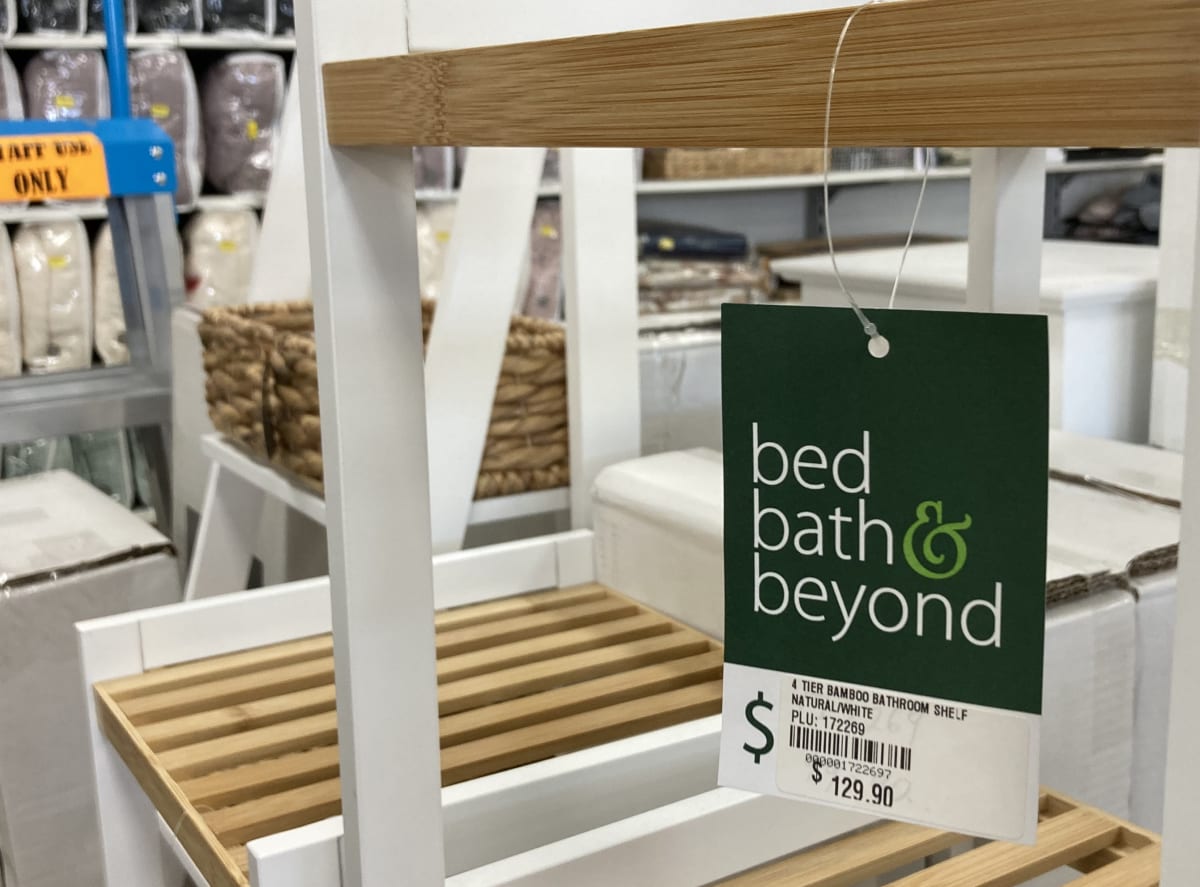 When a small budget manchester store selling seconds and over-runs from a bedding manufacturer in Auckland decided to take on the big boys, it rebranded from Linen for Less, to Bed Bath & Beyond. As it’s expanded to 55 stores nationwide, that looked like a smart move.

The rebrand was a bold and somewhat impudent move – Bed Bath & Beyond was the name of one of the world’s biggest homeware chains, a US company founded in New Jersey in 1971 whose big blue discount mailers have become a cultural icon in retail. At its peak, the US retailer had 1512 stores worldwide, 65,000 staff and revenue well over US$12.1 billion (NZ$19b).

But it had no plans to expand into New Zealand and so it had not trademarked its brand here – leaving the door wide open to Sydney rag-trade millionaire Fred Bart and his local business partners, Aucklanders Murray Carter and Trevor Brown.

Now, the first while US stock market darling is making the headlines – for all the wrong reasons. Bed Bath & Beyond posted a worse-than-expected US$393 million loss in its third quarter, ended in November.

The US company’s chief financial officer had fallen to his death from a New York’s skyscraper in September, a week after announcing job cuts and the closure of 150 stores, in an attempt to turn around the troubled business.

This week, the Washington Post reports the company is exploring “multiple paths” that are understood to include s11 bankruptcy – somewhat similar to receivership in New Zealand, allowing the company to try to trade its way out of trouble under close day-to-day supervision.

Here in New Zealand, this country’s Bed Bath & Beyond Ltd has a green and white color scheme – but that’s not enough on its own to distinguish it from “Big Blue”, the US chain.

In an interview with Newsroom, chief executive Trevor Brown says he’s written to the local company’s 500 staff to assure them they’re not impacted by the US company’s troubles. And he’s set to write to “hundreds of thousands” of customers who are signed up to his company’s loyalty scheme, to reassure them as well.

“We are an absolutely independent chain and we are independent here in New Zealand,” he says. “At the time when we when we chose the name it was a vastly different place. Bed Bath & Beyond had no presence in this part of the world and didn’t have any intention of coming here.”

He says he’s confident that the local brand won’t be harmed by the grim headlines around the US company – but perceptions may not be that easy to control.

“Obviously retail and e-commerce has evolved during the latter part of 2010 through to 2020, and now we have more confusion between the two companies online. But that’s something that we just manage, and our customer service team is reasonably adept at explaining to customers make the difference.”
– Trevor Brown, Bed Bath & Beyond in NZ

Customers and suppliers may be spooked by the overseas headlines, and reticent about providing products or committing cash upfront. The company has a big online retail presence that requires customers to pay first, trusting that the products will be shipped later.

“We have communicated with our staff. The next step is to communicate with our members, our customers who are part of our loyalty programme. There are hundreds of thousands. We’ll be just reassuring them that we have no relationship with Bed Bath & Beyond in the USA, and it’s business as usual in New Zealand.”

“We’re much more a specialist manchester and homeware retailer, whereas Bed Bath & Beyond in the US is heavily into kitchen appliances, and the kitchen itself. They’re very much into ‘as seen on TV’ type products.”

“The core ranges that we carry are towels, sheets, white goods, inners, pillows and underlays, which are certainly carried by the US chain, but it’s just a small part of their business.”

“Obviously retail and e-commerce has evolved during the latter part of 2010 through to 2020, and now we have more confusion between the two companies online. But that’s something that we just manage, and our customer service team is reasonably adept at explaining to customers make the difference.”

“New Zealand consumers that have heard of the issues facing the American brand may be concerned about purchasing with the New Zealand brand as a simple rule of branding suggests that companies with the same name would be linked.”
– Dr Jessica Vredenburg

It’s ironic, given that for the past three years the company has been busy fighting to protect its cheeky trademarking of “Bed Bath & Beyond” from another upstart, the Australian-owned “Bed Bath N’ Table” with its similar white-on- green branding, and 15 stores nationwide.

Dr Jessica Vredenburg, an assistant professor in marketing at Auckland University of Technology, says retail was less international when the New Zealand Bed Bath & Beyond brand launched with the same name.

“Carry-over from the US brand (and those familiar with it) will be much more prevalent now with increased globalization in the years between,” she says. “This makes for a tricky situation for two brands with the same name operating independently in different parts of the world.”

She notes that one of the goals of the brand strategy was to enjoy the carry-over effects of association with the big US company; now that’s coming back to bite.

“New Zealand consumers that have heard of the issues facing the American brand may be concerned about purchasing with the New Zealand brand as a simple rule of branding suggests that companies with the same name would be linked,” she says.

“Given the woes of the American Bed, Bath & Beyond, a rebrand could be worth considering.”

This would be a large undertaking that would require clear strategising, planning and communication with customers to ensure a smooth transition, and that positive brand associations that currently exist aren’t lost if there’s a name change.

“In the interim, doing as they are to distance themselves from the American brand in consumers’ minds through clear communications would be a useful first step.”