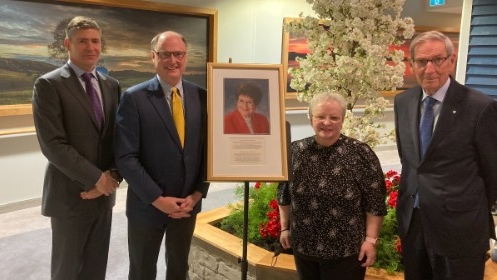 Cohen Hall, owned by Shannex, was named in memory of the late Sen. Erminie Cohen.

The nursing home is connected to the existing Shannex Parkland campus in the Milliridgeville area.

Each floor in the two-storey building can accommodate 30 residents and has a nursing station, dining room and living room, library and activity space.

Each resident will have their own private suite and washroom.

“We are pleased to see the expansion of nursing home beds to better respond to the increasing demand of the province’s aging population,” said Social Development Minister Dorothy Shephardin to a news release.

The concept allows residents to spend time on a small-town street complete with a hair salon, café, town hall and a multi-purpose room that will serve as a chapel, theater and community gathering space.

There are now 72 nursing homes providing 5,013 beds in New Brunswick.

The provincial government plans to increase this to 81 licensed nursing homes, adding 520 beds to the system.