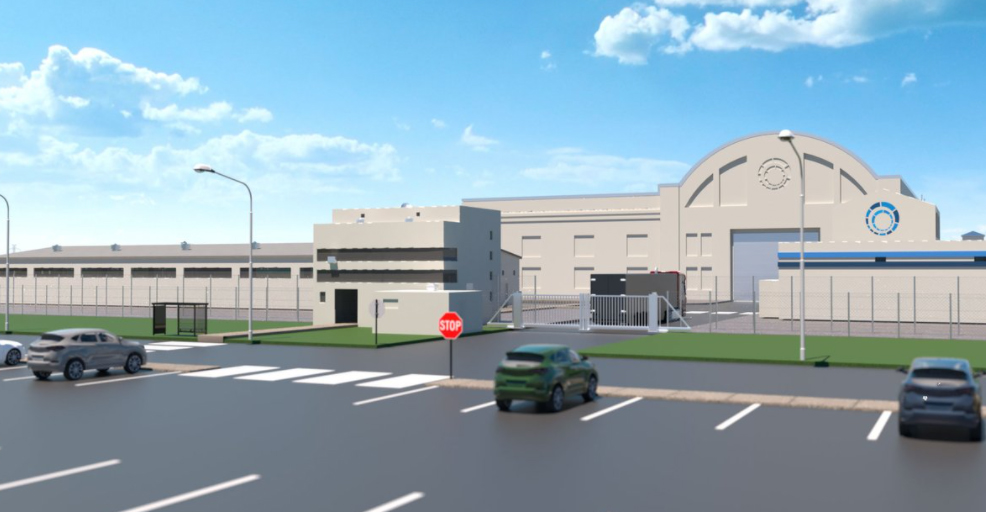 The Nuclear Regulatory Commission (NRC) will review Kairos Power’s CPA for its unpowered demonstration reactor, Hermes, which the company has proposed for construction East Tennessee Technology Park Heritage Center in Oak Ridge and is expected to be operational by 2026.

The NRC officially accepted the CPA for review on November 30th, determining that Kairos had submitted that first serving of the application, a Preliminary Safety Assessment Report (PSAR), on September 29, and the rest, consisting of an environmental report, on October 31st. The NRC’s adoption of the CPA, while a formal “docked” of its review, stems from a lengthy process that included extensive pre-application discussion and activities that began in March 2018. NRC said this week that it was “subject to unforeseen delays “Expects to complete its environmental and safety reviews within a tight timeline of 21 months by September 2023.

As Cairo CPA housing show, the company had asked the NRC to complete the review and approve the Hermes building permit by April 2023 The construction of security-relevant structures, systems and components could begin in mid-2023. Because the company received a federal award of $ 303 million under the Department of Energy (DOE) Advanced Reactor Demonstration Program (ARDP) risk mitigation path, it aims to go into operation by mid-2026. “In view of these objectives, the earliest construction work is expected to begin in April 2023; the earliest scheduled completion date is the second half of 2025 and the latest scheduled completion date is December 2026, “the company told the NRC.

The acceptance milestone is still a remarkable achievement for Kairos Power from Oak Ridge, which was founded in 2016. The Kairos Hermes demonstration is testing a 50 MWth reactor based on the Kairos Power Fluoride Salt-cooled high temperature reactor (KP-FHR) as part of a cost- and risk-reducing development path that ultimately provides for the commercial use of a 140 MWe “KP-X” system. The NRC describes the Hermes test reactor as a “non-power” reactor, although Kairos calls it a “low-power” reactor in press materials.

The KP-FHR test reactor is essentially a graphite-moderated one. “Randomly Packed “silica bed reactor with molten fluoride salt as coolant (a chemically stable molten fluoride salt mixture of 2LiF: BeF2 [Flibe] enriched with Li ‐ 7), operated at high temperature and near atmospheric pressure. The fuel in the KP-FHR is based on tristructural isotropic (TRISO) particulate fuel in pebble form with a Particle design with a carbonaceous matrix. “The fuel core and some of the coatings on the particulate fuel are used to hold back fission products. TRISO particles are dispersed in the graphite matrix of the fuel layer of the fuel pebble, ”said the company.

“The KP-FHR fuel pebbles float in the reactor coolant under stationary and postulated events.” The reactor coolant also ensures the retention of fission products that escape from any fuel defects. The design also includes a gravel handling and storage system (PHSS) that continuously introduces gravel at the bottom of the reactor core and extracts it from the top of the reactor vessel during normal operation. Pebbles will be checked for charring and damage and either returned to the ship or directed for storage, Kairos said.

In May of this year the company received engineering, operations and licenses Support from the Tennessee Valley Authority (TVA), a state enterprise agency, under a collaborative development agreement for its demonstration at the East Tennessee Technology Park (ETTP). The 2,200-acre ETTP site was home to a complex of federally owned facilities that enriched uranium for 40 years before the Department of Energy ceased uranium enrichment activities. (The area has now started a large-scale cleaning of environmental sites and it intends to convert the ETTP into a private industrial park called the Heritage Center Industrial Park.)

In a statement made Tuesday Mike Laufer, Co-Founder and CEO of Kairos Power, highlighted the speed of action that led to the NRC’s adoption of the CPA for review. “This licensing milestone marks a significant achievement and completes a tremendous cross-functional effort by the Kairos Power team to finalize the application just 18 months after the decision to build the Hermes reactor, ”he said.

As of 2018, Kairos Power has filed 11 up-to-date reports “that have been approved or are under review and a number of technical reports that will contribute to future applications,” the company noted. “In addition, the knowledge gained by Hermes will be incorporated into the licensing process for future reactors, which correspond to the rapid iterative development approach of Kairos Power,” said Peter Hastings, Vice President Regulatory Affairs & Quality at Kairos.

The acceptance of the consideration of the Kairos application by the NRC marks the second advanced nuclear reactor application in recent years. The first came in June 2020 when the NRC announced that it had been accepted for formal review a First combined license application of its kind (COL) commissioned Oklo Power to build and operate the company’s 1.5 MW Aurora high-speed microreactor at the Idaho National Laboratory (INL) site in Idaho. The speed at which the NRC accepted the application, Oklo filed in March 2020 is remarkable, especially because it was so the first COL application of any kind since 2009.

The NRC said Kairos submitted its CPA under Title 10 of the Code of Federal Regulations (10 CFR) Part 50. NRC regulations typically fall under 10 CFR, explains the Nuclear Innovation Alliance (NIA), a think tank working to make this possible and deploy advanced nuclear power, in a Technology Primer from September 2021. “All commercial reactors in operation have been licensed under 10 CFR Part 50, a historic two-step process that includes a building permit and an operating permit as the facility nears completion. ” it said.

In the 1990s, the NRC approved a second avenue, 10 CFR Part 52, “which allowed an applicant to obtain a combined building and operating permit, with optional steps such as obtaining a building permit,” the group said. “The NRC staff approved the NuScale SMR design under Part 52, but the NRC had to determine which parts of its rules were applicable to the NuScale design.”

Separately, as directed by the Nuclear Energy Innovation and Modernization Act passed in 2018 (NEIMA) is developing the NRC 10 CFR Part 53. Part 53 is intended to “simplify the licensing of advanced reactors by setting safety performance standards as opposed to mandatory rules and by allowing applicants to demonstrate how they can achieve the safety standards,” said NIA. “Part 53 is better suited to advanced reactors than the existing Part 50 or 52, which are mandatory systems tailored to conventional light water reactors.”