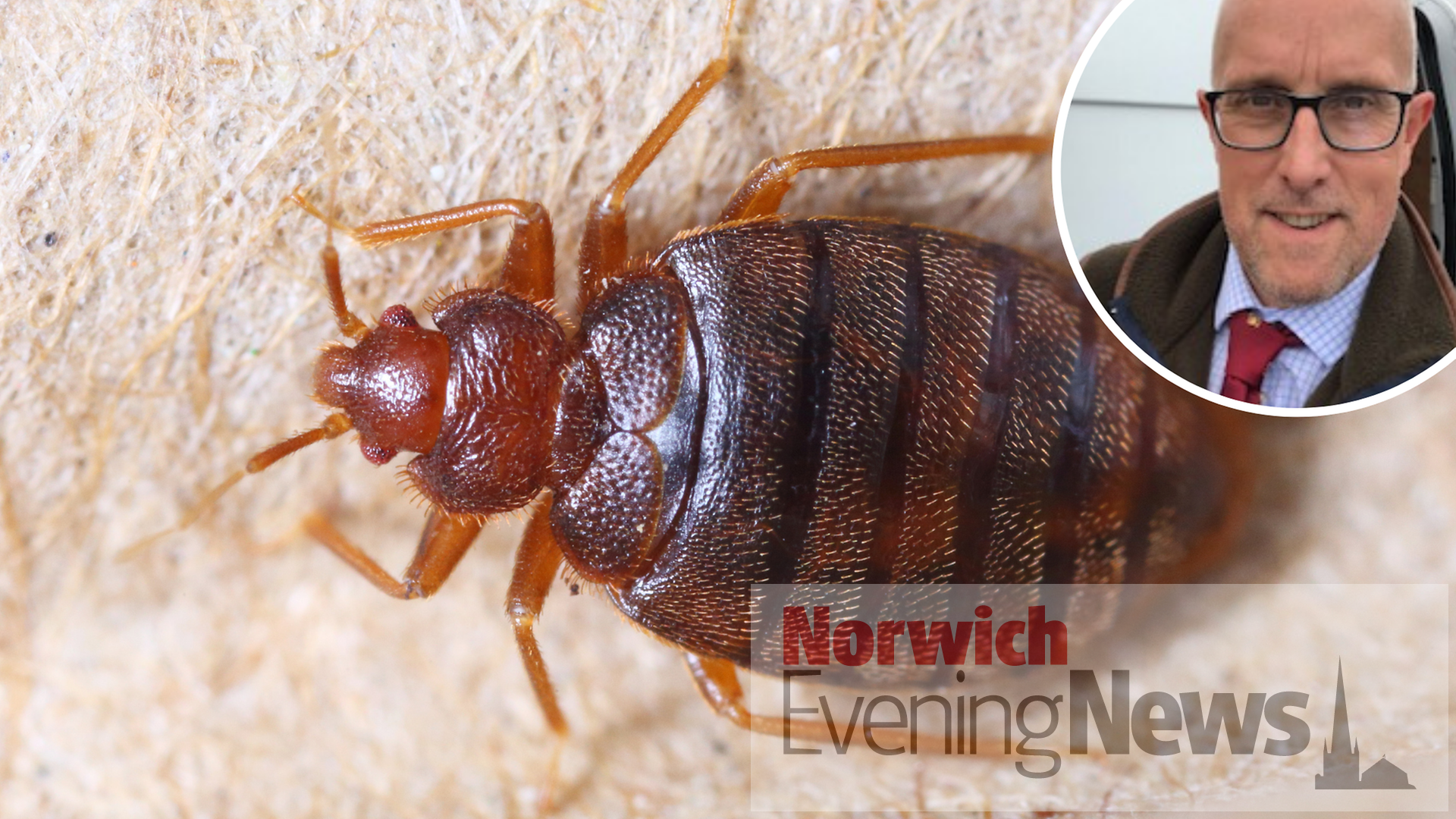 A boom in second-hand furniture, a warmer spring and the rising popularity of staycations have all been blamed for rocketing numbers of bed bug infestations in the city.

And pest controllers claim they are bigger, there are more of the mini beasts and they are spreading.

Andrew Dellbridge, owner of Ace Pest Control, has dealt with hundreds of bed bug infestations over the years but says the new breed of monster insect is nothing like he has seen before.

“There are a number of reasons why we get them,” the 53-year-old said. “But the way our lives have changed over the last few years will be a huge contributor.”

He believes the blood suckers are thriving for four main reasons:

:: Moving house – Many people moved during the pandemic. This meant the bugs were being moved and were able to find new colonies.

:: Staycations – Hotels take huge precautions against pests like bed bugs. But Andrew believes a spike in people using British hotels could be an added reason for the spike.

:: The weather – bed bugs are more likely to be spotted in the late summer. But the early high temperatures appear to have prompted an influx.

Andrew said: “Since the pandemic, many people have been opting for staycations. The vast majority of these places will be treated but even one that isn’t could spread the bugs.

“They feast on us during the first night of our holiday, then they find a way into luggage where we innocently take them home to escape in our houses.

“This is likely because so many properties have been empty throughout the pandemic so the bed bugs are hungry and waiting for a meal.”

But how do people know if they have been begged by a bed bug? Andrew said: “Generally, bed bug bites will appear around the neck, shoulders, arms and legs. Some people react quite badly to the bites.

“I believe the bites are worse than chicken pox – the itching is unbearable and many of my clients have got secondary infections from the scratching.”

Bed bugs drink the blood of their victims while they sleep
– Credit: Andrew Dellbridge

And unfortunately Andrew has warned that once bed bugs invade they are incredibly hard to get rid of.

He said: “The sad truth is that if you have bedbug treatment then you have to continue to use the room so they come out to feed at night, without this approach you cannot get rid of them.

“It’s really worrying that we are seeing this number so early on. Until recently Norwich didn’t suffer too badly, sadly this isn’t the case now.”

What is a bed bug?

Bed bugs are insects that feed on blood.

A bite from a bed bug can result in skin rashes, psychological effects and allergic reactions.

Adult bed bugs have flat bodies like an apple seed, but once they have fed, they swell up and go from brown to red.

Female bed bugs may lay hundreds of eggs which are the size of a bacon of dust.

Often people assume that bed bugs are tiny, and think that dust mites are bed bugs.

In fact, bed bugs are much larger than mites.

Bed bugs do begin life as a tiny bug, but with plenty of blood they soon grow and can be three times the length of a ladybird.

Bed bugs can be found all year round, but they usually have their boom at the end of summer, it is unusual to have so many this early on in the year.
– Credit: Andrew Dellbridge