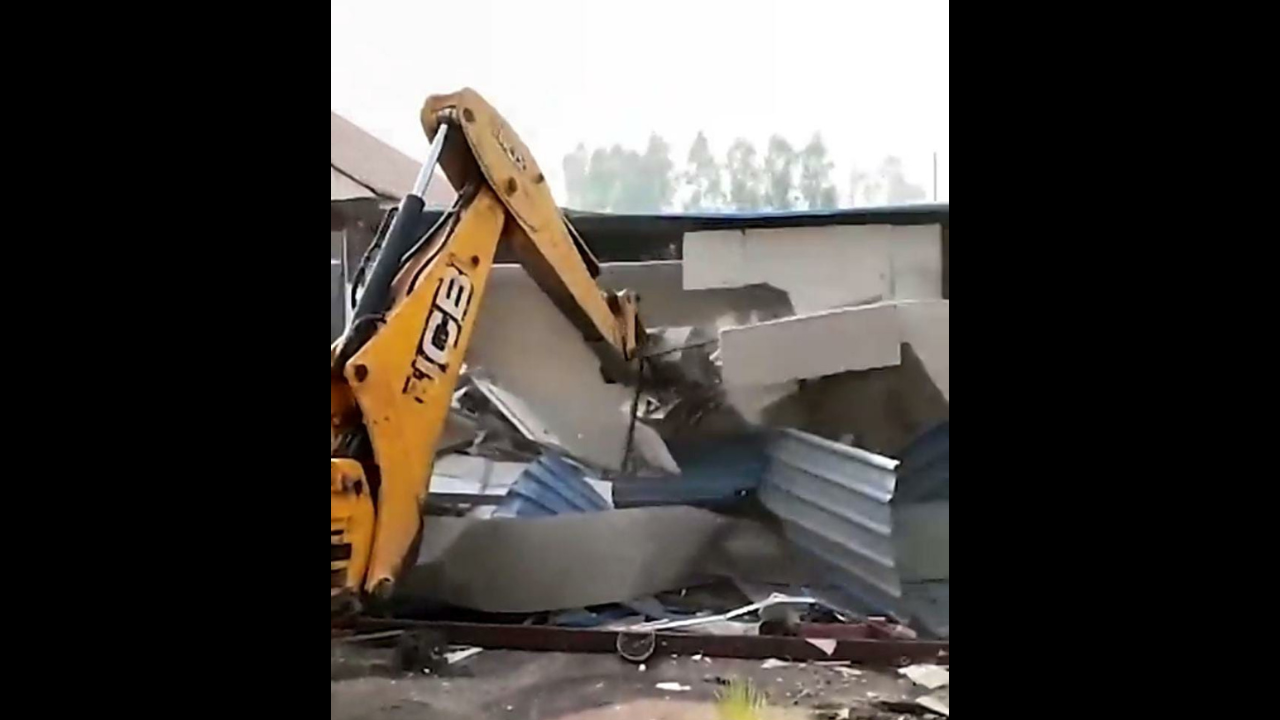 : The Noida Authority on Wednesday demolished as many as 30 illegally constructed farmhouses in the submergence area (River bed) of the Yamuna River. Due to the demolition of the unauthorized properties, about 1,20,000 square meters of land with an estimated worth of about Rs 40 crore was freed from encroachment.

Taking a serious note of the indiscriminate construction of unauthorized and illegal colonies/farmhouses in the River Bed of Yamuna and Hindon rivers located under the notified area of ​​Noida, the Chief Executive Officer has decided to demolish such unauthorized constructions and take action against land mafia, a press release in Hindi said.

Strict guidelines shave been issued to the concerned Noida Authority instructions to take effective action. As a part of the crackdown, at around 9 am on Wednesday, the demolition of 30 illegal farmhouses was carried out in Sector-151 of Noida in Kondli Bangar village towards the river bed of Yamuna River, the release added.
The operation was carried out in the presence of a joint team of work circle 10, the Bhulekh Department, and the Irrigation Department of Noida. Nearly 120 big and small employees of Noida Authority, as many as nine JCB machines, and eight dumpers were used in this entire operation.

The Chief Executive Officer (CEO) of Noida has warned the general public not to fall prey to the land mafia involved in the business of illegal colonies and farmhouses being cut in the river bed and notified the area of ​​Noida.

Any construction in the submerged area of ​​Noida is strictly prohibited. In such a situation, people have been warned not to get involved in the work of buying and selling any illegal farmhouse.

At the same time, the CEO has also cautioned the land mafia and criminal elements involved in such unauthorized and illegal plotting, and colonization that in the future not only will such properties be demolished by the police force but legal action will also be taken against them .

The officers concerned have been directed to undertake a campaign to take effective action by demolishing illegal constructions in the river bed and notified areas of Noida.