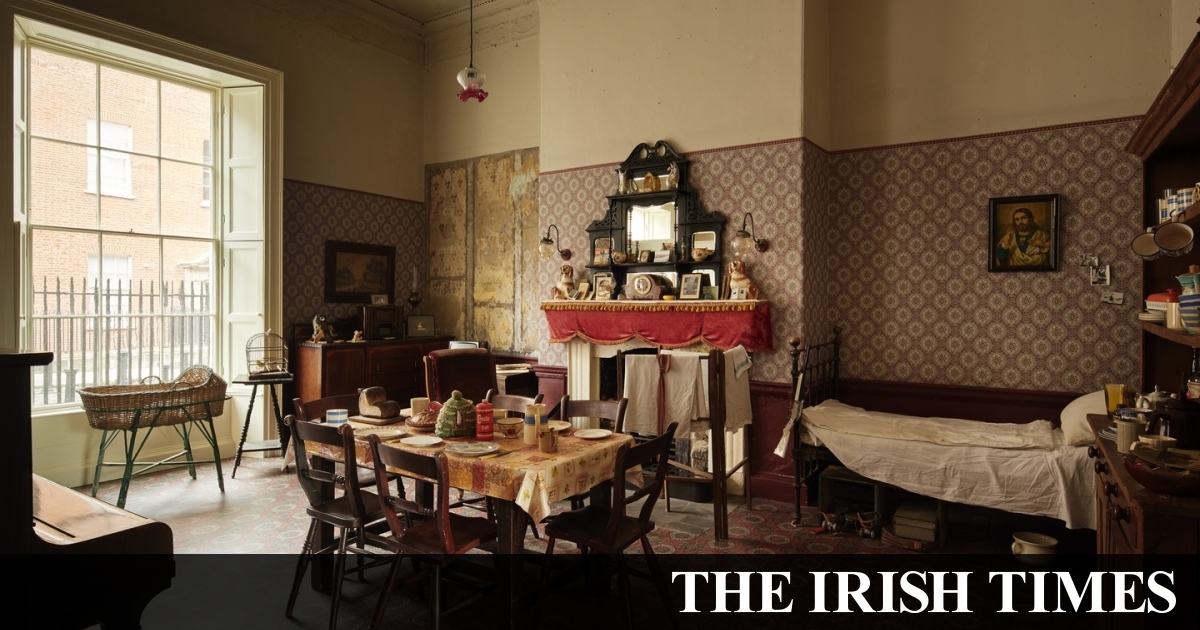 Tracey Bardon picks up a large block of soap – it’s about 10cm long, cuboid, dull red – and sniffs it. The familiar and distinctive smell brings her back. Carbolic soap was cheap, she remarks, and people used it to clean anything and everything. clothes, your body, the floor; she even recalls a woman laying her daughter’s hair out long and scrubbing it with carbolic. What people cleaned with carbolic soap was determined “according to your circumstances”.

Bardon was a child of the Dublin tenements. Born in 1977, she spent her first years in her family’s tenement flat in Seán McDermott Street in Dublin’s north inner city, where her parents Martin Nugent and Kathleen Gallagher had moved when they got married. His family lived in a Gardiner Street tenement; he was a newsboy as a child, and his mother and grandmother worked at Williams and Woods factory nearby, which made chocolate and pickles. Her mother’s family had tougher circumstances, moving around different tenements, which were generally a single large room in a formerly grand house, with those rooms subdivided into smaller “rooms”. The tenements had shared toilets and no running water.

With multiple families in each house, the front door was permanently open, and there were no lights in common areas (designed in Reckitt’s blue and Raddle red, the distinctive tenement paint colours). Bardon’s father recalls shouting upstairs to get a neighbor to open her door, letting out light from her single lightbulb. He also recalls kicking the stairs on the way up to their flat; it was to shoo ghosts, he said. Tenement folklore recalls those kicks as scattering rodents and cats.

We’re sniffing the carbolic and snooping inside the kitchen press in Mrs Dowling’s flat, which has been recreated to what it was like in the 1960s, with a sewing machine and piano, holy pictures and photos, blue and white striped cups, a single bedroom, and another bed in the living area, good wallpaper and lino. It’s comfy and compact, and has no running water. This really was the home of Lizzy and George Dowling, and their children Lily, Peter and Joseph, one of the last families to live at 14 Henrietta Street’s tenements.

The entire flat is one of the formerly grand rooms at 14 Henrietta Street, once at the heart of tenement Dublin. Today number 14 is a museum of social history (winner of the Silletto Prize at the 2020 European Museum of the Year awards), evoking 300 years of city life by peeling back the layers from Georgian grandeur to urban slum, connecting it to the personal stories of those who lived there.

The building is on a former street of fine 18th-century townhouses belonging to MPs and lawyers that became a street of tenements from 1877 onwards. A Thomas Vance bought number 14, gutted it and created 17 tenement flats. By the 1911 census 100 people lived in that one house, with two toilets and one source of water.

Concern about the dangerous and unsanitary living conditions of Dublin’s urban poor led, eventually, to relocating families in social housing to the new suburbs: Ballymun, Crumlin, Drimnagh, Donnycarney. These days Bardon is visitor and engagement manager at 14 Henrietta Street, working with past tenement residents and their families to preserve their stories and look after their memories. As part of that, the museum plans a new outreach drive to collect more tenement memories.

On one of the tours of the building last week, Gus Keating led a small group of us around the house, from the damp basement room where Peter Brannigan was born in 1939, one of 11 children, to the relative comfort of the Dowling flat. That basement flat, from decades earlier, was damp and cold, with no electricity or gas light, and only candles for light; six members of his family slept in one bed, seven in the other. Later they moved up to the ground floor where the conditions were better – that flat was originally the hallway of the grand house. Today it is again a hallway, the museum entrance.

Another room is of childhood memories, recalling songs and rhymes and games and adventures. After the 1940s, tenement conditions improved, and photos from the 1950s and ’60s depict well-dressed children playing. With hundreds of children living on the street, there was great social interaction, fun and happiness, Keating says.

Former tenement residents drop by regularly. Keating mentions Peter Brannigan calling recently, as well as Lily Dowling’s son Trevor Butterworth and niece Linda Dowling. The museum hopes many more people will come for its Your Tenement Memories open day next Tuesday, and also to a related series of drop-in events in local libraries and community centers in the areas of Dublin where tenement residents scattered from the 1930s to the 1970s .

The Dublin City Council Culture Company is also inviting those who lived in a tenement, or who knew someone who did, to schedule an appointment to remember. The aim is to share memories and to preserve living histories for future generations in the museum’s collection.