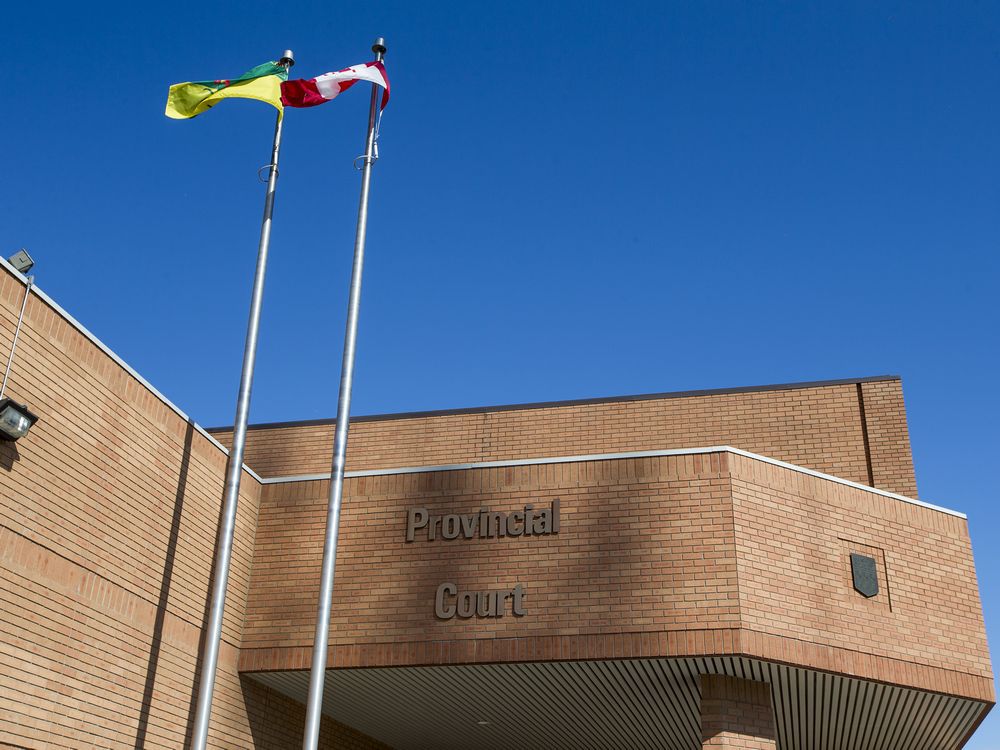 A boy, now eight, says he and his brother slept on the floor of an empty bedroom that was locked with a rope and had to ask to be let out to use the toilet.

When he testified at his aunt’s trial in Saskatoon on Wednesday, he said his aunt, boyfriend and 10-year-old daughter would tie the rope from the outside door handle to a railing to lock them in their room. Sometimes he was dismissed as a “favor,” he said.

“I was always so excited that I was going to leave the room,” he said in court, appearing on video from a separate room in the provincial court with a service dog curled up on a couch next to him.

They had no bed, no blankets, no toys and no clothes in the room, he said. His four-year-old brother tucked his body in his shirt to keep warm and went to the toilet in the vent when he was too scared to wake his aunt, he said.

The boy testified after seeing a tape of his police interview at Jim Pattison Children’s Hospital on December 8, 2020, the day after he was rescued from the overhang of a duplex on Lenore Drive in northern Saskatoon.

He said he stood on his brother’s curled up body to climb out the window and tried to find a towel or detergent after his brother vomited in the locked room. He thought he could jump off the overhang, but there were “dangerous spots,” he said.

“I wasn’t too strong because my aunt starved me,” he said in court.

When the woman’s lawyer, Blaine Beaven, asked what he meant by that, the boy said his aunt told him she would starve him to death if he did something wrong or screwed up a housework. He said he was the only one doing household chores.

They are both out of custody and cannot be identified as this would reveal the identity of the children, which is protected by a court-ordered ban on publication.

The older boy was shown photos of the scarred, bruised, scabbed, and scratched bodies of himself and his brother. He said one of his scratches was from her cat, but the rest of the neck, chest, and legs were from his aunt’s long false fingernails.

When he was shown a photo of his back the boy testified that it was taking too long to change the cat litter and his aunt “got angry and threw me across the room and started scratching me and then sent her me in my room and “then she kicked me in the back a lot.”

Both his aunt and her boyfriend would hit him with a broomstick, he said, adding that he saw his 10-year-old cousin hit with a broom four times.

“Sometimes she hit us. She hits really hard, ”the boy said when he was shown a photo of a bruise on his brother’s forehead.

Crown Prosecutor Lana Morelli asked if they ever had clothes, toys and a bed in the room. He said they did but everything was taken away because they made a mess.

The beds were put back in the room and a poster was hung on the wall during an online school assignment when they were asked to show their teacher to their bedroom, the boy testified.

After that, everything was removed, he said.

He testified that his aunt would also put make-up under his eyes so his teachers wouldn’t see that he was tired.

In his police interview, he told Sgt. Michelle Kinzel that his aunt said she would hurt them if they told someone what happened at home.

In court, the boy testified that he used to be “very hungry” but had lost his appetite since taking one pill a day. He sometimes said he and his brother wouldn’t get food if they didn’t listen.

As a punishment, he said his aunt and her boyfriend would put him in the basement and play creepy noises on TV. The cats were down there doing better, he said in court.

“I’m no longer afraid of the dark,” he said proudly.

The cross-examination is due to resume Thursday morning.

The news seems to be flying at us faster and faster. From COVID-19 updates to politics and crime and everything in between, it can be difficult to keep up. With this in mind, Saskatoon StarPhoenix has created an Afternoon Headlines newsletter that can be sent to your inbox daily to ensure you are up to date with the most important news of the day. Click here to subscribe.

A welcome email is on the way. If you don’t see it, please check your Junk folder.

The next issue of the Saskatoon StarPhoenix Afternoon Headlines will be in your inbox soon.

There was a problem signing in. Please try again