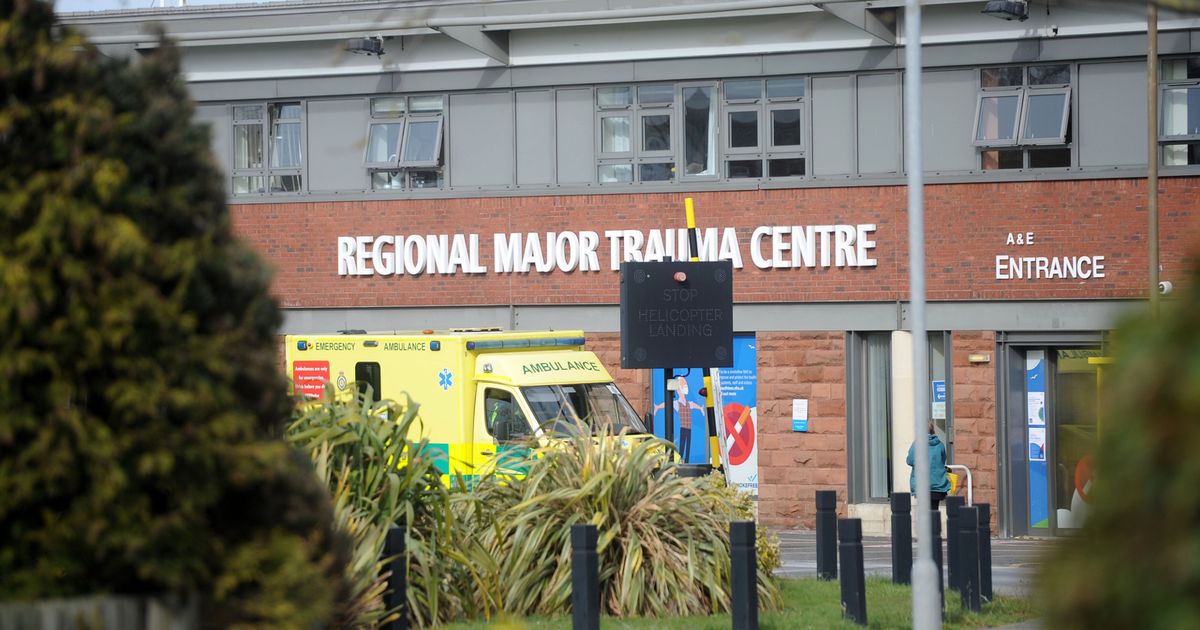 Nine people waited more than 12 hours for a ward bed at a Teesside trust last month after staff decided they should be admitted to hospital.

But the figures for South Tees Hospitals NHS Trust showed this was down from 10 in February as leaders seek to cope with and recover from covid demands. NHS statistics for March showed 71.2% of people who visited A&E at the trust waited less than four hours to be admitted, discharged or transferred.

However, this was up slightly from 70.6% in the previous month. Targets drawn up before the pandemic state 95% of people should wait less than four hours at A&E.

Nationally, just 71.6% of people waited less than four hours in A&E from arrival to discharge in March – down from 73.3% in February. This was the worst England performance since records began in November 2010.

And in major A&Es, the four hour wait figure was only 58.6%. Last week saw a Stockton dad raise concerns after waiting seven and a half hours for his daughter to see a nurse at James Cook University Hospital.

But the latest health statistics also indicated a slow and steady improvement to get on top of the mammoth backlog at South Tees. For other hospital services, there were a record 41,910 people waiting for routine treatment at South Tees.

The government has vowed to eliminate waits longer than two years by July. South Tees saw 36 people who’d waited more than 24 months in February – again cut from 66 in January.

But officials revealed it had now reduced this number to zero as of the start of April. The trust said it had delivered almost 3,400 operations in the past five weeks despite covid demands – of which more than 2,500 were planned procedures.

A South Tees spokesperson added: “At the same time, more than 70,000 outpatient appointments took place and more than 17,700 people attended our urgent and emergency care services – an increase of almost 5,000 on the same period last year. The huge amount of work which clinicians have done to restore non-urgent care disrupted by the pandemic has reduced the number of people waiting 52 weeks for non-urgent planned procedures by almost two-thirds, and the trust now has no patients waiting longer than 104 weeks into April 2022.

“The NHS is still very busy across the North-East and we are asking the public to choose the right services for their needs. A&E departments and 999 are there to treat the most serious and life-threatening conditions, so please think about whether your local pharmacy, GP and 111 online or telephone can help.

“Our urgent treatment centers at Redcar Primary Care Hospital and Friarage Hospital, in Northallerton, are also open seven days a week to help you with minor injuries and minor illnesses. We also know that people can get covid again and again and, even if it does not make them critically ill, there is still the risk of developing further complications, or passing it on to a friend or loved one at higher risk from the virus.

“If you haven’t come forward for your jabs yet, it’s OK to change your mind and get protected.” Neighboring North Tees and Hartlepool NHS Trust had 17,144 people waiting for routine treatment at the end of March – with 16.4% waiting for more than 18 weeks.

Figures showed nobody had been waiting more than two years for treatment at the trust. Trust chief executive Julie Gillon hailed doctors and nurses for their “phenomenal” effort to cut waiting lists at the latest North Tees board meeting.

Leaders aim to have no patients waiting for more than a year at the trust by the end of June. NHS England wants to see waits of longer than two years eliminated by July this year – and waits of more than a year eradicated by March 2025.

But Omicron put a big dent in hospital efforts to try and tackle backlogs across the country this winter. Responding to the national figures, BMA council chair Dr Chaand Nagpaul said they showed the “enormous pressure” the health service is having to endure.

He added: “The Government said it would prioritize the recovery of the NHS in its Elective Recovery Plan in February and that it would eliminate two year waits for surgery by this July – yet there are still over 23,000 people waiting over 24 months for treatment. Furthermore, the target that no one will wait more than 18 months by April 2023 seems equally unrealistic given that there are more than six million people currently waiting, record high A&E waits, and covid infections directly impacting on normal NHS services.”

When it came to the waiting lists, NHS medical director Professor Stephen Powis said “nobody should be under any illusion” about how tough a job NHS staff faced. He added: “Despite pressure on various fronts and the busiest winter ever for the NHS, long waits fell as staff continue to tackle two-year waits by July thanks to the innovative approaches to care they are now adopting – from same day hip replacements to dedicated mobile hubs for operations.”

For a North East politics and regional affairs digest direct to your inbox, go here to sign up to the free Northern Agenda newsletter.