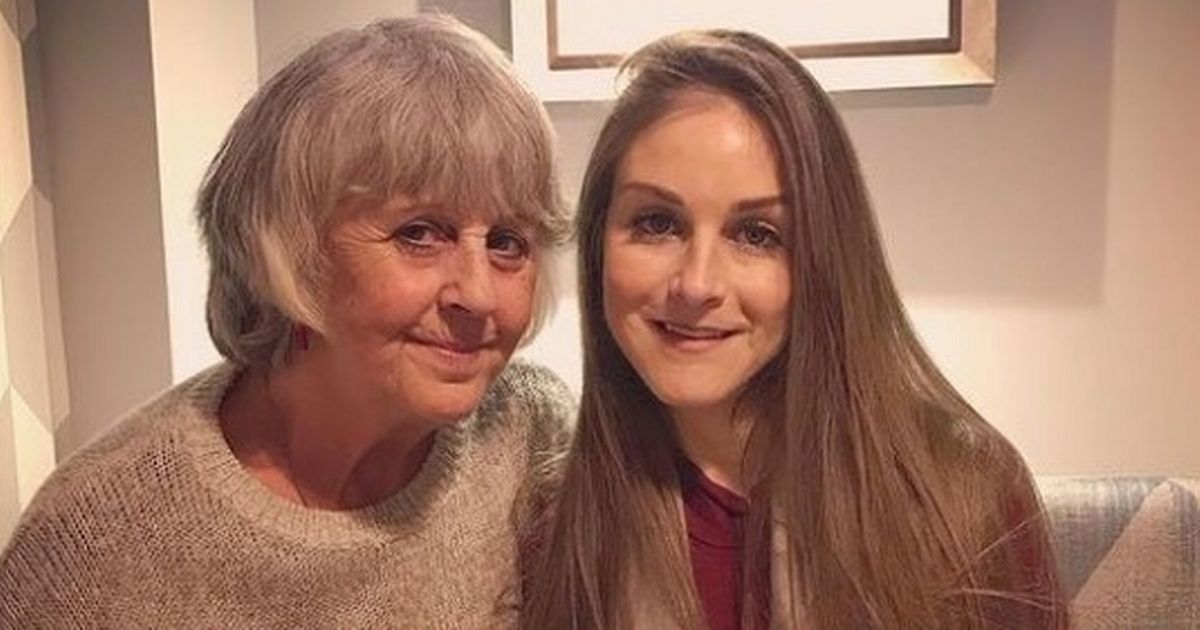 Loose Women: Nikki Grahame’s mum on how she hid illness

Nikki Grahame’s mum has shared the heartbreaking way that she tries to feel closer to her daughter when she stays overnight in her flat.

The Big Brother star tragically died aged just 38 in April 2021 after her anorexia worsened during lockdown and she became very unwell and heavily underweight.

She struggled with an eating disorder since the age of eight and was admitted to over 17 institutions over the years to get treatment.

In a Channel 4 documentary, airing tonight, Nikki’s mum Sue goes back to Nikki’s flat to sort out her belongings.

Entering her bedroom, she says: “When I come here and stay in her flat, I sleep here on this bit in her bed, cuddling Pingu, who actually she was cuddling when she died. I cuddle him every night now because it brings me a little closer to Nikki.

Nikki Grahame with mum Susan not long before she died
(

“And I hang [Nikki’s NTAs dress] here [on cupboard door], so I go to sleep with one last look at it and when I wake up, there it is. It’s so special to me.”

Opening about Nikki’s struggle during lockdown, she says: “When the lockdown came along in 2020, I don’t know if it was premonition or not, but Nikki was really, really scared. She knew she was probably going to be isolated and she actually said to me ‘I don’t know how I’m going to get through this’.”

Purdy Smith, a friend of Nikki’s, says: “Lockdown was probably the worst thing that could have happened to Nikki. If lockdown hadn’t happened, we probably wouldn’t be sitting here right now.”

Imogen Thomas, who appeared on Big Brother with Nikki in 2006, recalls receiving a horrifying call from Nikki in which she said she was suicidal.

“There was one Sunday morning when she called me and said, ‘Imogen, I just want to die.’ The first thing I done was call the ambulance,” she says. “The paramedics came but she wouldn’t go in the ambulance. The paramedics said to her ‘One day your body will give up Nikki, but we can’t take you against your will’.

“I sometimes think if she had got in that ambulance that day, it could have saved her.”

Nikki was later admitted to the hospital after falling over in a chemist, but sadly later died.

“Watching them put my little girl in a bag, taking her down in the lift and I asked them which end her head was,” Sue says. “And I just stroked it from the outside. They took her away and I didn’t see her again. Part of me has died and I miss her, more than I can say.”

*If you’re struggling and need to talk, the Samaritans operate a free helpline open 24/7 on 116 123. Alternatively, you can email [email protected] or visit their site to find your local branch

*Nikki Grahame: Who Is She? airs tonight at 9pm on Channel 4