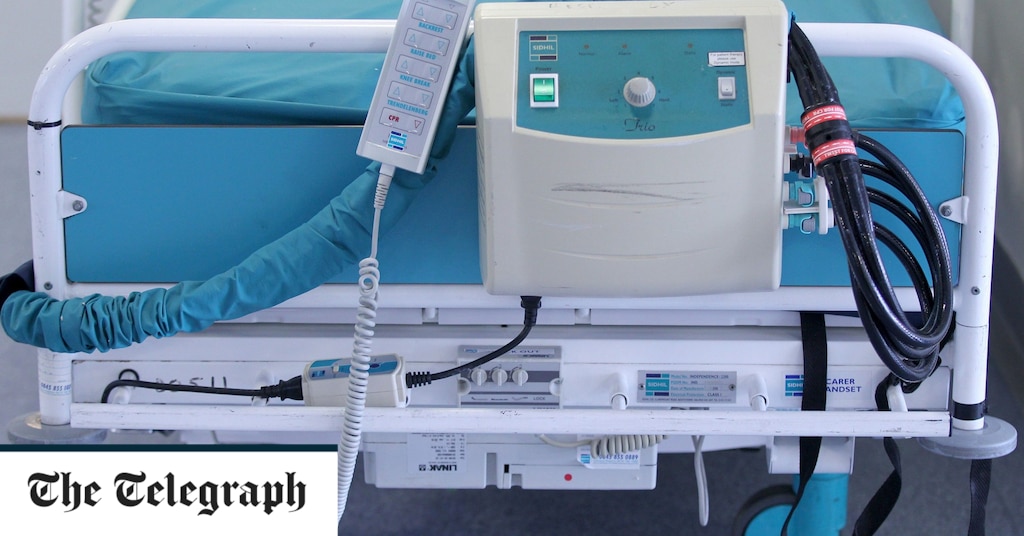 Tara Norman, from Sevenoakes, Kent, said her husband John, 73, was forced to wait nine hours to leave hospital on one occasion after doctors said he was fit to leave.

“I was there at 10 in the morning to pick him up and we finally left at something like seven in the evening to drive home,” Mrs Norman said. “And all we’d done all day was sit and wait for people to either come and sign a bit of paper, [and] bring him some fairly basic painkillers.”

Mr Norman, a retired haulage boss who has cancer, has been an in-patient four times in the last six years and has repeatedly experienced delays when trying to go home, she said.

“The whole time you’re sitting on the ward in that bed nobody else can be moved into it,” Mrs Norman said.

Dr Matt Kneale, co-chair of the Doctors’ Association UK and a junior doctor in Manchester, said patients are held up by “numerous bottlenecks” before being sent home.

“While social care shortages are the predominant issue, smaller factors stack up to create a big problem,” he told The Telegraph.

Many hospitals have limits on the times their pharmacies are open, he explained, meaning patients can often be stuck on the ward all day, or an extra night, waiting for their medication.

In his Manchester trust, requests for medication must be completed by 4pm. Dr Kneale said: “[Patients] can be discharged and told to come back, but often that’s not practicable with other comorbidities, or [if they are] unable to travel.

“If a patient is going back to a care home, for example, it wouldn’t be that simple. Occasionally trusts pay for private taxis to deliver medications to patients.”

Dr Gordon Caldwell, a consultant physician for more than 40 years, said he resigned from the NHS “partly in frustration because of the bureaucracy” that made it “difficult” to treat patients.

When working in A&E he was able to determine that a patient was fit to go home in five minutes, but it could take up to 20 to log the discharge on the “inefficient” IT system, which still ran on Windows ’95.

He recently shared an image on social media of all the forms nurses were required to fill in by hand when admitting a patient. The forms stretched past his feet when lying down next to them.

“There are a huge number of forms, which I’m absolutely certain could be reduced by 80 per cent,” he said.

He added: “For a variety of reasons, we’ve ended up with huge numbers of particularly nursing forms, which actually now detract from care.”

Dr Caldwell said he would frequently tell a patient at 9am they could go home, but they’d still be on the ward by 3pm because the admin was “impossibly slow”.

Mike Padgham, chair of the Independent Care Group, said: “We couldn’t make [the system] any more bureaucratic if we tried.”

Jon Restell, chief executive of Managers in Partnership, the union for healthcare managers, said paperwork may lead to some delays in discharge, but it was necessary to ensure patients get the right support when they leave.

He added: “It is wrong to suggest that paperwork is the most significant issue here, however, a single trusted assessment and a record accessible to all team members involved in a patient’s care would speed up the discharge process.”

An NHS spokesperson said the 100 Day Discharge Challenge resulted in a reduction in hospital-related discharge delays and increased the discharge of medically fit patients on weekends.

“The NHS is already doing everything in its power to discharge medically fit patients and we continue to work closely with social care colleagues who face significant challenges, to ensure they have the capacity to receive patients from hospital throughout the week,” they added.