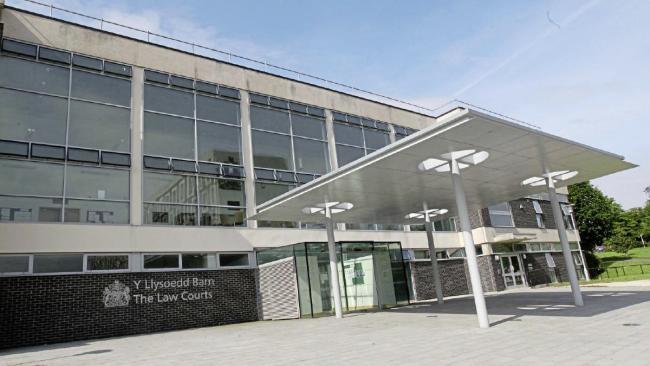 A Newtown woman has been sent to prison for “putting lives at real risk” after starting a fire inside her flat on New Year’s Day.

The judge said Debbie Ann Jones’ actions were “incredibly dangerous” when she set fire to her bed while drunk on January 1 this year.

The 39-year-old, who suffers from mental health and alcohol issues, was handed an immediate 18-month prison sentence for arson with intent to endanger life and criminal damage.

Mold Crown Court heard today (Monday, May 9) that Jones had drunk a bottle of rum with a friend on New Year’s Eve and “couldn’t remember what had happened” the following morning.

Just after 6am on New Year’s Day, Jones dialed 999 and “growled” down the phone saying that an “animal inside her was coming out” and that she had lit a blanket with a candle.

Several police officers were sent to the block of flats in Heol Pengwern, Newtown and saw smoke coming from a bedroom. After looking for a fire extinguisher, police constable Lewis Cook found a piece of wood to pat out the fire.

Oliver King, prosecuting, said: “It’s fair to say there was no damage caused to the flat. PC Cook extinguished the fire before it took hold. It was deliberately ignited using matches and candles. Fortunately no other residents were affected by the fire. ”

The court also heard that Jones became “agitated” and damaged a door handle inside a police car after she was arrested and taken to Newtown police station.

Mr King added: “The damage caused to the flat was mercifully low and limited to the bed however there was a clear risk of serious harm had it took hold.”

Owen Edwards, acting for Jones, said the Newtown woman “clearly” understands what she has pleaded to and that she is guilty of the offenses.

“Frankly, she is more stable in HMP Styal than outside. Sadly, she has been alcohol dependent on and off since she was 15 and now she is almost 40. She has ongoing issues in her life which has meant she has caused a great deal of problems for her family and the people around her. She is in absolutely no doubt about the seriousness of what she did and what she could have done.”

Mr Edwards added: “There is a transcript of the 999 call and an audio file. It is rather pathetic. They talk of her making growling noises; it’s more like meowing when she says she needs help. It’s more like a cat rather than a lion. It’s rather a sad and pathetic picture and although, of course, the risk could have been huge. A rather enterprising officer found a plank of wood.

“It could have been dreadful. That flat is her best hope and it is still available to her. She would get help with rent issues, alcohol issues, and in relation with her mental health problems.”

His Honor Judge Rhys Rowlands praised the police officers for having to “deal with so many different things” while on duty.

He said: “We’re all slightly critical at the police for delays but they’re acting semi-social workers, psychiatric workers. We’re asking them to do all sorts of things what they didn’t do 15 years ago because the regression of the services in the community.”

Summing up his sentencing, Judge Rowlands told Jones that despite being on a two-year conditional discharge for assaulting four emergency workers in December 2021, she reoffended by starting a fire on the top floor of the flat early on New Year’s Day.

“You had been drinking far too much and started a fire on your bed. You were extremely difficult with the police and damaged a police car. The explanation was undoubtedly that you were very, very drunk. I don’t discount your mental health issues but it was drink behind this and it was an incredibly dangerous thing to have done.

“There was a significant risk of physical harm and it was deliberately started. Your nearest neighbor was living directly beneath you, but damage was modest.

“You had been drinking. You couldn’t remember a lot what had happened. You had a bottle of rum with a friends the previous night. You’ve complied to a limited extent to support in the past.

“You were putting lives in real risk,” the judge added.

Jones, of Heol Pengwern, Llanidloes Road, Newtown, was given an 18-month prison sentence after pleading guilty to arson with intent to endanger life and criminal damage.