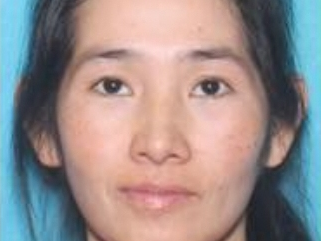 NEWTOWN, PA — A Newtown mom is accused of shooting her two children in their beds, the Bucks County District Attorney’s Office announced Monday afternoon. The DA’s office said the children, a 9-year-old and 13-year-old, are not expected to recover.

Authorities issued an alert Monday morning that Trinh T. Nguyen, 38, was armed and dangerous and traveling in a white van.

She now faces four counts of felony attempted homicide and one count of possessing an instrument of crime, which is a misdemeanor.

District Attorney Matthew Weintraub said Nguyen was taken into custody at Washington Crossing United Methodist Church around 11:30 am after those at the church notified law enforcement that the van was parked there.

She was brought to St. Mary Medical Center as she was believed to be under the influence of drugs, he said.

Police were called to Nguyen’s home on Timber Ridge Road around 7 am after reports that she shot at a neighbor. The neighbor, 22, told the police that she handed him a box of photographs and asked him to give it to her ex-husband before pointing a black revolver at him.

After her gun didn’t fire, Nguyen left the area in her van, Weintraub said.

At that point, police entered the home to find her children.

“Upon entry, both boys were found still alive, but in their beds with gunshot wounds to their heads,” Weintraub said.

They were brought to St. Mary Medical Center.

“Both children will give the gift of life to others, as their organs will be transplanted,” Weintraub said in a news conference. “Once that occurs, we will upgrade these charges to two counts of homicide.”

Council Rock School District, where both children attend, reached out to families around 12 pm Monday before charges were announced.

“We remain in close communication with law enforcement and have been advised that no additional safety precautions are needed at this time,” Susan Elliott, acting superintendent, wrote at the time. “As always, our counselors are available to our students.”

Around 3:30 pm Monday, State Senator Steve Santarsiero released a statement on the events.

“As the two victims remain on life support, awaiting organ donation, my heart breaks for the young lives taken too soon,” he wrote.

He added, “The police and EMTs from Upper Makefield Township Police Department and the neighboring departments that provided support deserve our thanks and appreciation for all they did today, and all they do every day, in responding to crisis situations like this.”

The DA’s office did not speculate on a possible motive.

Be the first to know what’s going on in Newtown. Subscribe to Patch.