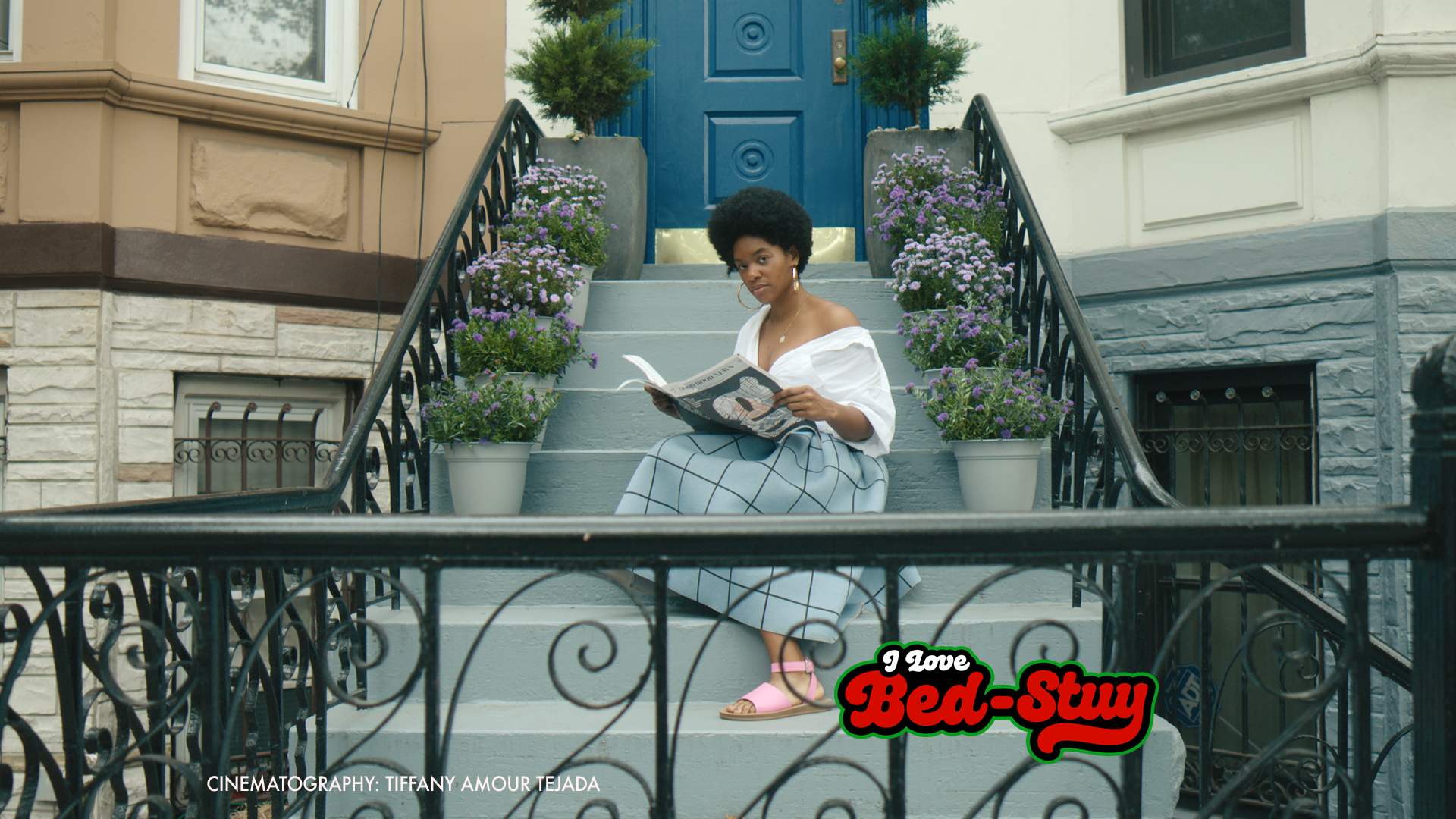 Director Sekiya Dorsett recalls the moment she decided to turn a “cute script” she was working on into a whole different story centered on Bed-Stuy.

It was the first June 16 declared a federal holiday in 2021, and Dorsett looked forward to recognizing another piece of African American history.

As she drove to Fort Greene Park to celebrate with programs from Brooklyn’s Museum of Contemporary African Diasporan Arts (MoCADA), she received a text message from an Airbnb guest staying at her bed-stuy brownstone on Bainbridge Street.

The woman told Dorsett she had to go. According to the text on the block, the guest didn’t feel safe, she heard shots and saw broken glass, and “as a woman” she didn’t feel safe at night.

“I paused,” Dorsett said. “My heart was broken.

“It looks for danger in people’s eyes, that’s why you see danger. I’ve been here for over 13 years and have met all kinds of people. And as a woman, I’ve never felt insecure. When she said ‘as a woman’ I was like, ‘So what am I?’”

It was an aha moment for the award-winning filmmaker whose work was featured by ABC, that Tribeca Film Festival and Urban World Film Festival, to name a few.

“That’s when I said people don’t realize how privileged they are to stay on this block and how amazing these people are here.”

Rather than writing a short film about an Airbnb guest who has a heartwarming interaction with their host, Dorsett decided to write a feature-length film about how special Bed-Stuy is (with one houseguest that needs clarification).

Dorsett began filming the film, I love Bed Stuy, in the summer of 2021.

I love Bed Stuy is a piece of docu-fiction combining the scripted story of third-generation Bed Stuy resident Ole and her Airbnb guest Sam with tales of Dorsett’s real-life neighbors: Ms. Brown of Breevort Houses, her best friend Ms. Taylor , neighbor Dwayne and others.

The documentary segment begins as Ole introduces Sam to the neighborhood.

“We use the medium of narrative to tell the story of the Bed Stuy residents in their own words,” Dorsett said.

Telling the story is crucial right now, as a gentrifying bed-stuy challenges many black residents from their own neighborhoods.

One of Dorsett’s inspirations for I love Bed Stuy is Spike Lee’s legendary 1989 Bed Stuy film, do the right thing.

“We’re so fortunate to have Spike Lee, who has kept such a sharp record,” Dorsett said. “With do the right thing, we saw what the neighborhood was like back then, and it came from a place of truth with these characters. Now we are wondering what will happen in 2022?”

One of Dorsett’s goals is to get Lee to appear in it I love Bed Stuy. She has launched a social media campaign, launched a video appeal, contacted people via email and even personally delivered a letter on the subject.

“I transferred my penmanship to loose-leaf paper — not just an email,” she laughed.

“I almost wrote my heart and soul in blood and gave it over the winter – for dramatic effect – to a man who I assured the letter was COVID-free and heartfelt. But I still haven’t heard a peep.”

In recent months, Dorsett and her crew have also been raising funds for the film. While the team originally asked for $30,000, they have raised more than $44,000 and Dorsett estimates they will likely need more than $100,000.

The film is expected to hit the screens in summer 2023, however donors will have access to test screenings in 2022.

“We want to get community feedback first before we release anything,” Dorsett said.

“We’re not rushing it. We put our heart and soul into it and want people to be proud of it and feel represented.”