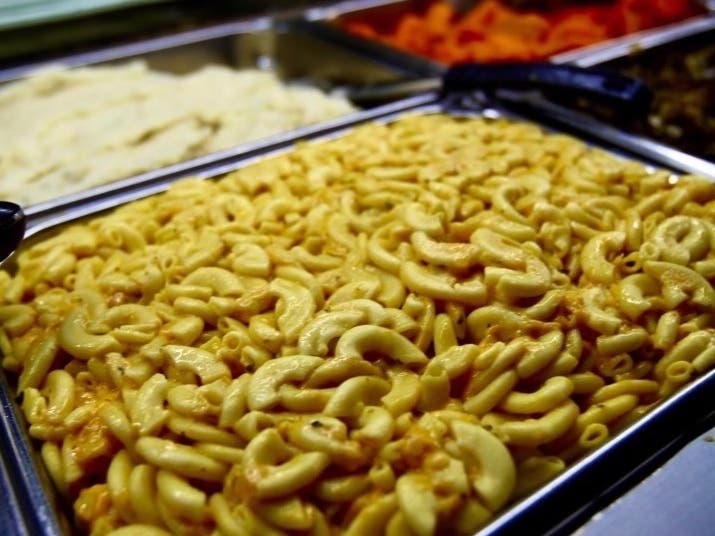 BED-STUY, BROOKLYN — A vegan restaurant that has been serving up healthy food in Harlem for nearly three decades is bringing its mission to the outer boroughs — and Bed-Stuy will be the first to get a taste.

Popular eatery Uptown Veg will open the doors to a new restaurant on Lewis Avenue this weekend, the first expansion since its flagship opened in Harlem in 1994 with the goal of bringing healthy food to underserved areas.

“We always wanted to expand to other boroughs, but once the pandemic happened, it was more of a need,” said Jasmine Myrick, noting food insecurity became magnified during the coronavirus crisis.

The Bed-Stuy location, found between Halsey and Macon streets, will make its grand opening on Saturday complete with a visit from fellow proud vegan, Mayor Eric Adams, according to owners.

The Brooklyn spot will have special significance for Myrick’s father, Davie Simmons, who co-owns the restaurant. Simmons went to high school in the neighborhood after his family first came to the United States when he was 11 years old, he said.

“We’re looking forward to it,” Simmons told Patch. “We needed a presence in Bed Stuy.”

The Lewis Avenue outpost will feature the same menu as the Harlem flagship, which includes a selection of salads, sandwiches, juices and other vegan offerings, owners said.

It will also include a backyard with outdoor seating, Simmons said.

The grand opening will be held from 1 to 5 pm on Saturday at the 364 Lewis Ave. storefront.

Check out some photos of Uptown Veg’s food here: