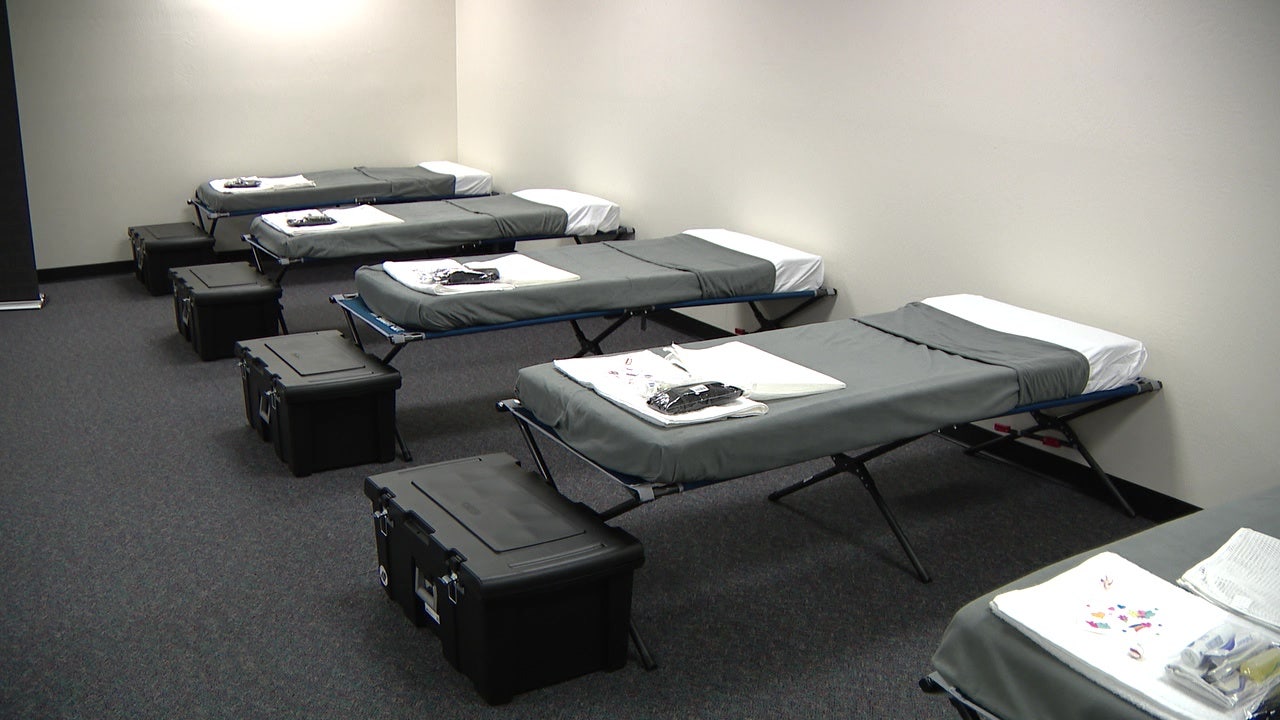 The 200-bed shelter, which had a soft opening on May 13, is a collaborative effort between St. Vincent de Paul, Community Bridges, and the governments of Phoenix and Maricopa County. FOX 10’s Anita Roman reports.

PHOENIX – As temperatures rise, so does the need for shelter, especially for those experiencing homeless and are exposed to the elements day and night.

With that in mind, a few Phoenix area organizations have teamed up to open new shelter that will literally save lives.

The new 200-bed shelter has several lodging rooms. Each client will be assigned a bed, and they can stay until they find permanent housing. The shelter is a collaborative effort between Community Bridges, St. Vincent de Paul, the City of Phoenix, and Maricopa County.

“I think initially, it’s all about building rapport and engagement, building the trust, getting them into shelter, and then continuing to work with them, meeting them where they are every step of the way,” said Dr. Vicki Phillips Vicky with Community Bridges.

As of May 20, there are 41 men living in the shelter, and there is plenty of room to expand.

“Our goal is both to keep people alive and safe from the deadly heat but also to get them to sustainable housing solutions,” said Jessica Berg, Chief Program Officer for St. Vincent de Paul.

The temporary shelter had a soft opening May 13. People can only be referred to the shelter, and the shelter operates under a closed-campus program, which prioritizes solving homelessness in the direct neighborhood first.

Marcellus Mais, who is a client at the shelter, said he is taking things one day at a time, while giving back.

“I was on the streets, and I started volunteering at St. Vincent de Paul, and somebody told me about this place. I’ve been here for about a week now,” said Mais. “My next step here is pretty much employment and housing.”

“Homelessness has been a problem for the last several years. We have not been immune to what is going on across the country, and we need to find a solution,” said Scott Hall, interim deputy director of homeless services for the City of Phoenix . “We identified the city-owned building that we could use for weather relief, and we also identified that there’s a longer opportunity to provide the services for a longer period of time than just a summer heat.”

The City of Phoenix and Maricopa County, together, provided $4 million to fund the shelter’s operations.