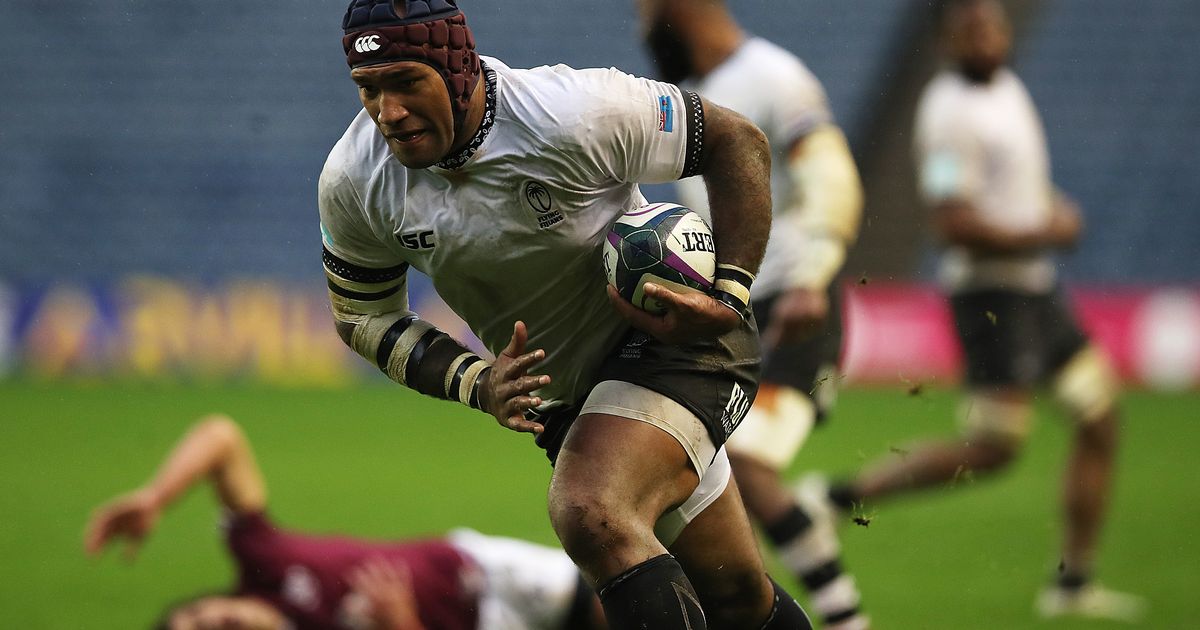 Leicester Tigers and Fiji winger Nemani Nadolo shared his reservations about possible rule changes that would allow players to switch their international allegiances.

The World Rugby Council will meet next week to vote on proposals that would allow rugby players to represent their ancestors’ country of birth or their ancestors after a three-year hiatus from their last international championship.

Former All Blacks star Charles Piutau, who was last capped by New Zealand in 2015, heads a list of names making a move to represent Tonga. Malakai Fekitoa, who has been named national player 24 times by the All Blacks, has already made the leap with a loophole in the Olympic sevens qualifying, while his Wasps teammate Jeffery Toomaga-Allen, whose only international return for New Zealand in 2013, is up is considering a move to Samoa.

Nadolo was born in Sigatoka, Fijia, and has represented his country 32 times in his 11-year international career.

“To be honest, I’m pretty much on the fence,” said Nadolo. “There is this saying, you make your bed, you lie in it.

“Rugby is changing. For me it’s one of those themes. You want the best players to play for your country, but at the same time, if you’ve decided to play for a country, you should.

“If you change the rules, it should be on a case-by-case basis. If you really need someone in that position, wrap them up there.”

Nadolo, along with his teammate from Leicester Tigers Kini Murimurivalu, was excluded from Fiji’s squad for the fall internationals, but he was an interested spectator as his country Wales pushed all the way on Sunday, despite being reduced to 14 men at the start.

His reservations about opening the admissions rules depended on the potential of choking young talent coming through the ranks.

“You’re probably trying to get two bites of the cherry,” said Nadolo. “For me, I’m thinking of the young people who come through, who don’t have the opportunity to play for another country. So I’m pretty much on the fence, but that’s just my opinion.”

Nadolo moved to Australia with his family when he was three months old. His rugby career flourished with Queensland Schoolboys, Perth Spirt, Manly and Randwick before exploding on the international stage with the Wallabies U20 at the 2008 IRB Junior World Cup, where he was seven of the tournament’s best tryscorer.

His club career included two positions in France at Bourgoin and Montpellier and four years at NEC Green Rockets in Japan. After a brief stint with the Exeter Chiefs a decade ago, Nadolo returned to England with the Leicester Tigers in 2019 – where he has scored nine attempts in 23 games.

Are you for or against players who change international loyalty?


Sticking to Australia for his testing efforts would likely have resulted in more caps for a player in his pedigree and increased his chances of getting international silverware – but Nadolo has no regrets.

“I was in that position, I chose Fiji,” he said. “I stuck with it, stuck with it. I was lucky that it took me to some of the best places in the world to play rugby. I made a decision and haven’t looked back since.”

To have our Leicester Tigers stories in our newsletter delivered direct to your inbox for free, please click here.