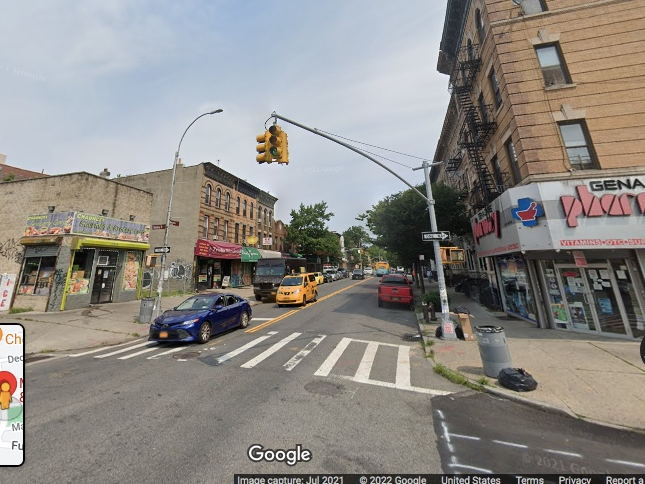 BED-STUY, BROOKLYN — A group of neighbors who helped transform Jackie Robinson Park Playground into a safe haven amid escalating gun violence last year are turning their sights on the street around the park.

The team — made up of local nonprofits, business owners and residents — are hoping to raise around $15,000 to beautify a “particularly desolate” block of Malcolm X Boulevard between Chauncey and Bainbridge streets.

But the project is about much more than new trees, flowers and murals, organizers say.

“The effort is not just about beautification but engaging young people from our community to build important skills they can take with them for the rest of their lives,” Stefanie Siegel, owner of nearby Bailey’s Cafe, told Patch.

“This section of Bed-Stuy saw an uptick in gun violence in 2020 which caused our group to come together to seek long term solutions to the longstanding disinvestment in our community.”

Since the uptick in gun violence — which included back-to-back gang-related shootings in October 2020 — neighbors around the southern part of Bed-Stuy have urged for more security in the area and worked on setting up programming both at Bailey’s Cafe, the park and other venues.

“Currently a landscape of empty storefronts, garbage strewn sidewalks and limited vegetation, we hope to transform our section of Malcolm X Boulevard into a place we all want to be and take pride in, while helping our local youth build valuable job skills and experience, ” the fundraiser reads.

Siegel said much of the block has been left in disarray given several storefronts haven’t reopened since the pandemic. The empty buildings leave landscaping unkempt and sanitation workers struggling to keep up with trash.

As of Wednesday, the Malcolm X Boulevard campaign had raised $3,000 of its $15,000 goal. It aims to raise the rest by next month in the hopes of starting the beautification in early June, and continuing it throughout the year.

Find out more about the fundraiser here.