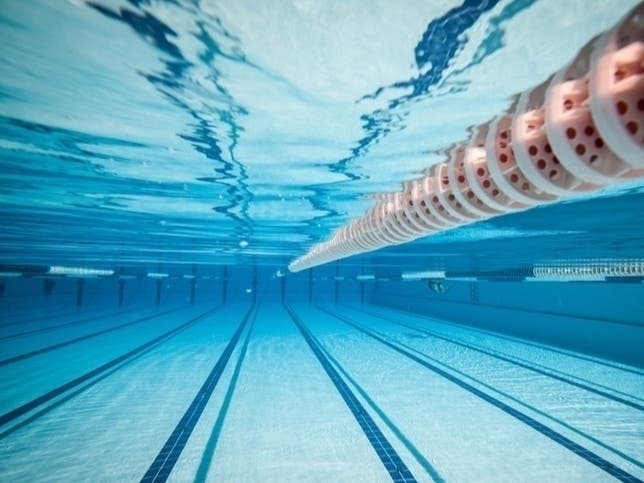 A petition signed by hundreds of people is calling on the city to open Bed-Stuy’s Kosciuszko Pool at the start of June, adding an extra month to the public pool season in the neighborhood.

The pool, found near Herbert Von King Park, is currently slated to open June 28 along with the rest of New York City’s public pools.

“Kosciusko Pool currently only will open from June 28 through mid-September, giving pool-goers just two and a half months to experience the benefits,” reads the petition, which had gained more than 570 signatures as of last week. “As the weather heats up, the pool becomes a valuable resource for the Bed-Stuy community, providing a healthy and free outlet, an equitable recreation space, and a means of employment.”

Neighbors contend the pool provides a safe place for young people to hang out and a spot to cool down for neighbors who don’t have air conditioning. Opening it earlier is particularly needed as hot temperatures arrive earlier due to climate change, they said.

The petition also calls for city officials to bring back pool time dedicated to adult lap swimming that was discontinued last year.

“The pool was the only affordable and accessible place to lap swim as an adult,” one neighbor wrote on the petition comments.

“This pool is vital to the community that’s already under-resourced. Please open it sooner,” said another. “It would make an immediate impact on the lives of so many neighbors. This is an easy win to invest in the community wellbeing.”

Petition organizers told Patch that previous pool seasons in Bed-Stuy have been longer than the time period slated for this year, though they weren’t sure about specifics.

Public pools typically open the day after public school ends and have opened the last week in June for at least the last five years, excluding 2020, according to parks officials and a search of previous opening dates.

The petition has so far not swayed the city’s parks department, who told Patch pools including Kosciuszko are still scheduled to open on June 28.

Officials have been preparing for months for the opening date, including scraping and repainting pool basins, making repairs to equipment and hiring staff, according to a spokesperson. The preparations will continue over the next few weeks until opening day, they said.

“We know that millions of New Yorkers rely on our outdoor pools for fun, exercise, and to cool down from the summer heat. Each year, all of our outdoor pools open on the same day; this year it will be Tuesday, June 28 ,” said the spokesperson.

Parks officials also did not have a specific answer to the petition’s request for adult swim lap hours to be reinstated at the Bed-Stuy pool.

Parks officials did not answer questions about why the adult swim lap was discontinued, except to say that lap lanes are closed and “open swim” is prioritized when space or staffing is limited.

“This was cause for dismay for many of us, as swimming for exercise is a low-impact full-body workout, especially favorable to elderly folks and people who struggle with higher impact workouts,” petitioners wrote. “Kosciusko Pool is one of the only publicly funded, accessible ways to swim in Bed-Stuy. We hope you agree that exercise options should not only be available to those who can afford an expensive gym membership.”