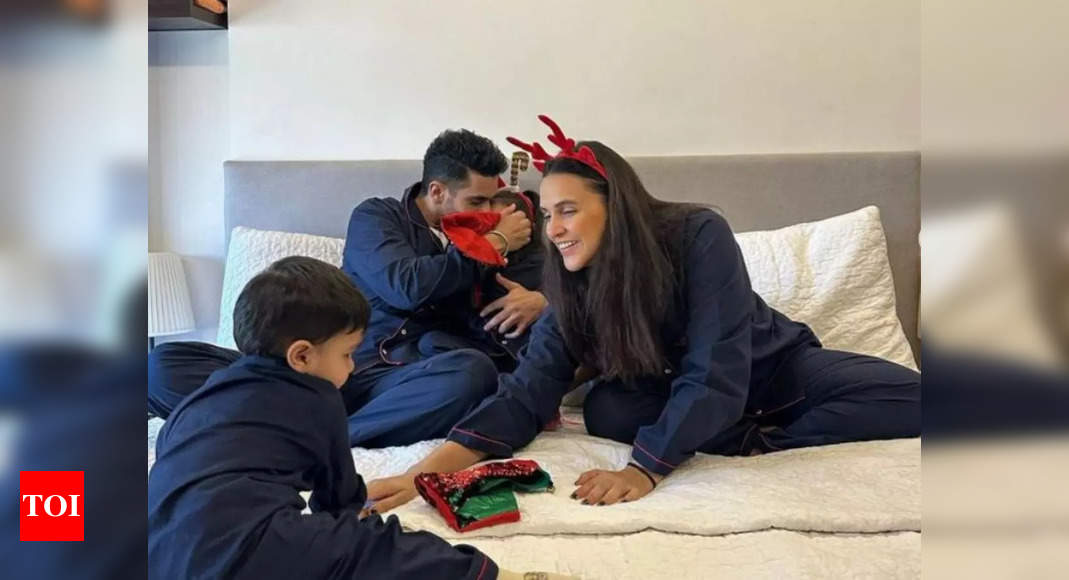 It’s literally the celebration vibe in the air and everyone is busy attending Christmas parties with their loved ones. Though, Neha Dhupia and Angad Bedi decided to break all the rules this year, as confessed by Neha. Instead, they decided to spend the Christmas Eve in bed in pajamas with their kids.
Neha dropped some super cute pictures and wrote, “We broke all the rules this Christmas 🎄… didn’t put up a tree , didn’t wake up to presents 🎁, mama burnt the cookies 🍪 she was baking , clearly Santa 🎅 didn’t show up and even if he did we overslept!!! Jus redifining Christmas and staying in bed all day in our pjs!!!! #bestchristmasever ♥️🎄🎁😍⭐️ #merrychristmas from ours to yours ♥️”

Neha and Angad got married in May 2018 and the couple has two kids – Meherunissa who they call Mehr and Guriq. While Neha and Angad do drop lots of pictures with their kids, they mostly hide their faces, the couple especially hide Mehr’s face. In a live chat, a user had asked the couple about it. Angad responded, “There’s a reason for that. It’s because she’s too young. When she grows up, she can make that choice for herself.”
On work front, Angad will be seen next in R Balkis’ ‘Ghoomer’, while Neha was last seen in ‘A Thursday’ for which she got a lot of love.